Hundreds of fans joined players from the Leeds Rhinos Men’s, Women’s, Academy, Scholarship and Netball teams, along with the Leeds Rhinos Foundation Physical Disability, Learning Disability and Wheelchair teams for the first ever Rhinos Festive 5K and family fun day at Headingley Stadium this Sunday.

The festive fundraiser was a chance for the entire Rhinos family to come together in a show of support for Leeds Rhinos Foundation, by raising vital funds which will help the charity continue the delivery of its life-changing work throughout the city.

Starting from the John Holmes statue outside the South Stand, the walkers were led off by Iraq War veteran and Rhinos PDRL star Simon Brown on five laps around the Headingley Stadium complex which took just over an hour to complete. 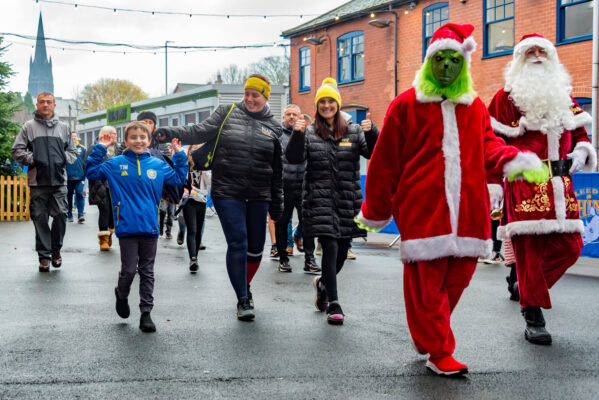 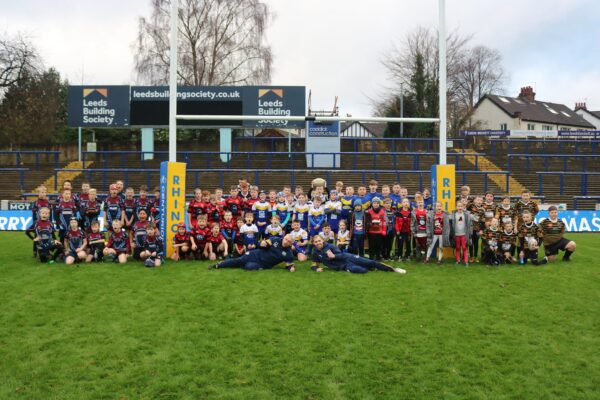 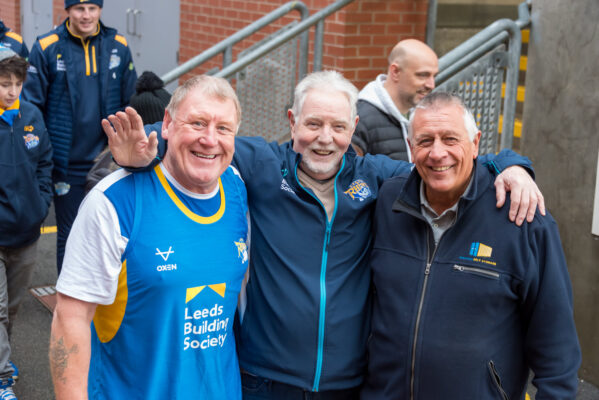 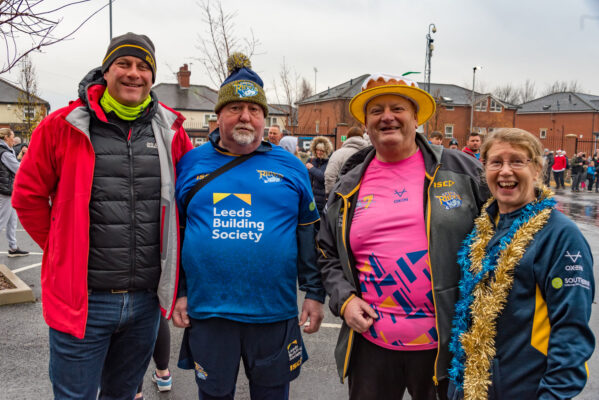 Whilst they completed their laps, the Foundation were once again helping to make dreams come true by giving 80 junior players from 8 community clubs the chance to feature in an Under 10’s rugby festival on the Headingley Stadium pitch, alongside an open training session for the Leeds Rhinos Learning Disability team who were overjoyed to showcase their skills and finally have an opportunity to play on the hallowed turf.

There was also a healthy dose of festive entertainment for visitors of all ages to enjoy, ranging from a Santa’s Grotto and live Reindeer, to Frozen Characters, Food and Drink Stalls and live music performers performing all the Christmas classics. 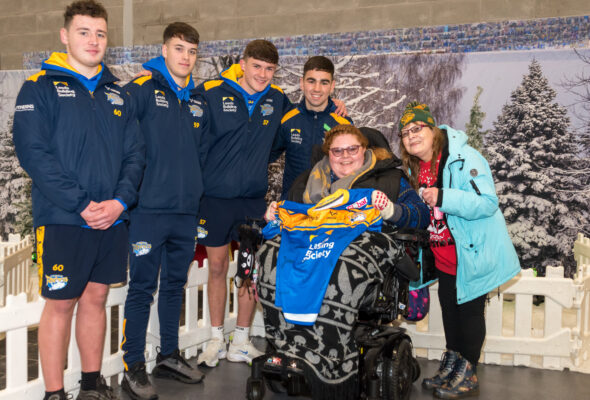 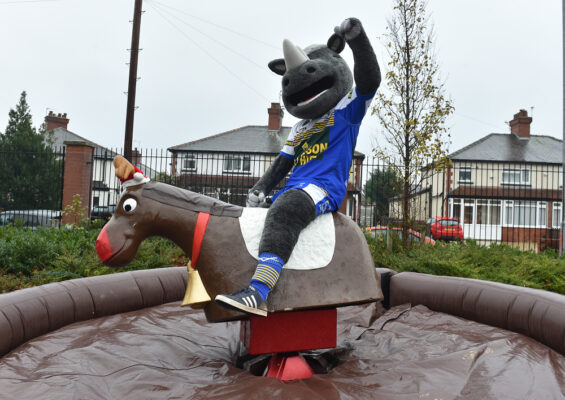 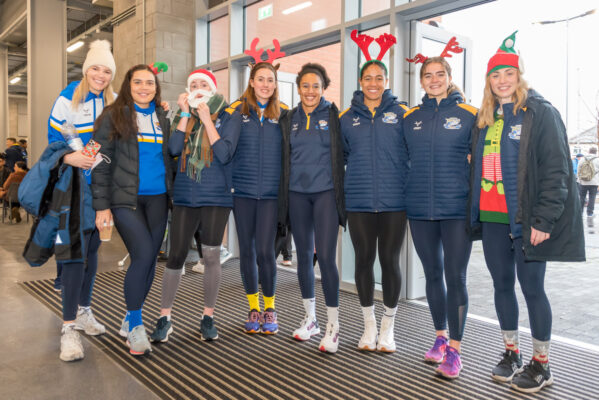 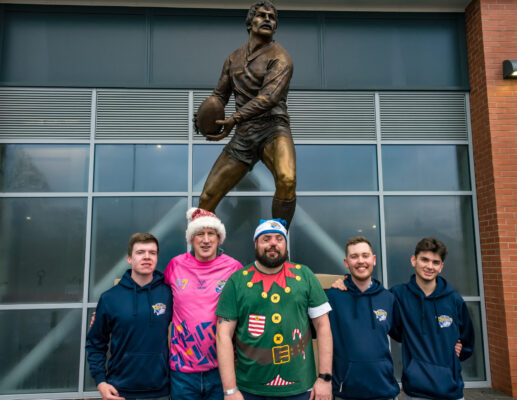 With over £10,000 already raised for the charity by the Festive 5k and family fun day, Leeds Rhinos Foundation’s CEO Bob Bowman thanked everyone involved for getting behind the event and helping to create such a memorable occasion.

“Our first Festive 5k event went beyond all expectations and everyone was blown away with how it went. We had a superb day and there was such a great turnout; not only from the different Rhinos teams but also the fans, families and friends of those who took part in the fundraising walk.

“It’s such a marvellous initiative and the Foundation would like to give a massive thank you to everyone at the club who has got behind this event. It meant a lot to people I think that at long last we could come together and show the support that the club always has behind the Foundation in such a fun, festive way.”

“Rest assured all the funds raised will be put to really good use in the community to increase participation in sport and use this as a vehicle to really enhance and enrich the lives of people within our city.”

Through the funds raised, the Leeds Rhinos Foundation will be able provide equipment and put on events throughout the City to increase sporting participation, especially amongst females and those with a physical and learning disability.

The charity’s work with the city’s community teams has helped support the game at grassroots level with more players able to access the game and fulfil their potential. The women’s and girls game has grown massively over the last decade and over half of the Rhinos Women’s team have come through the Academy, which is run by Leeds Rhinos Foundation.

A donation from day will also be made towards the appeal to build the Rob Burrow Centre for Motor Neurone Disease Care in Leeds.

You can still show your support by making a donation to Leeds Rhinos Foundation through our special Festive 5k fundraising page at www.justgiving.com/campaign/RhinosFestive5k.

CLICK HERE to view our gallery with over 200 images from the Rhinos Festive 5k on our official Facebook page!