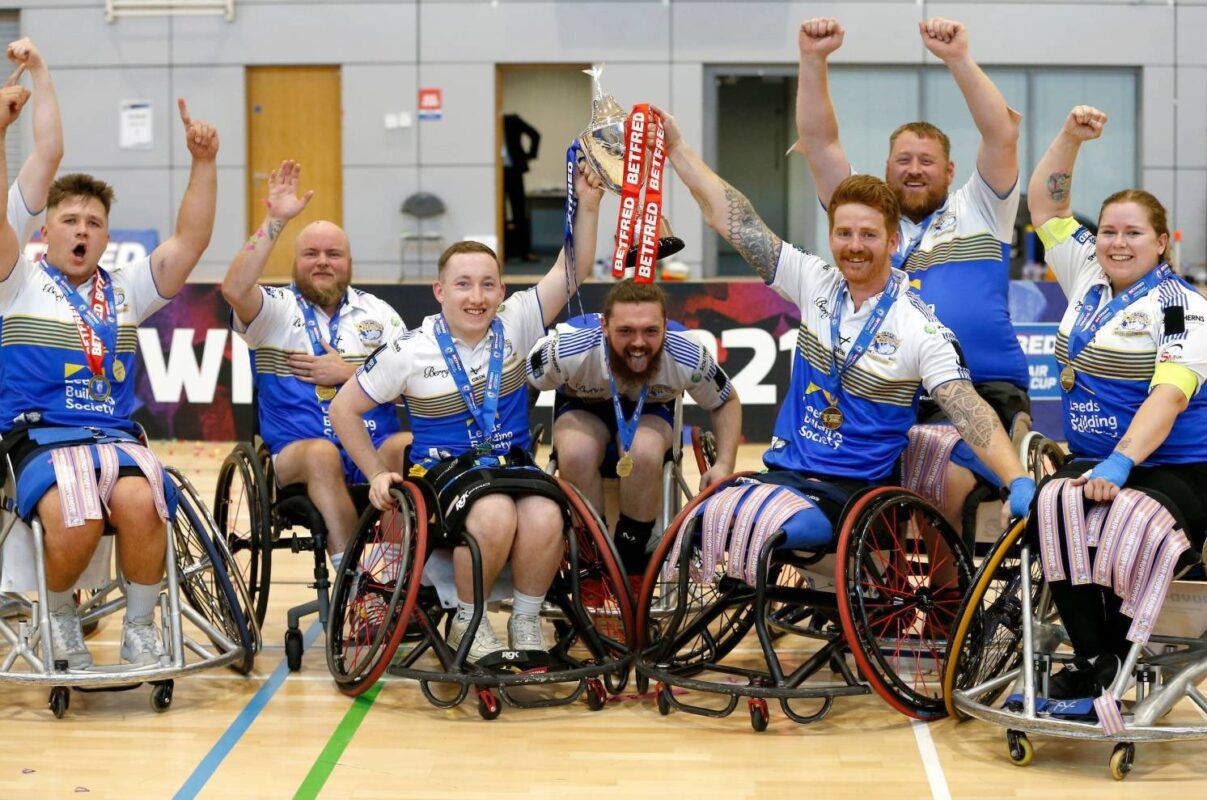 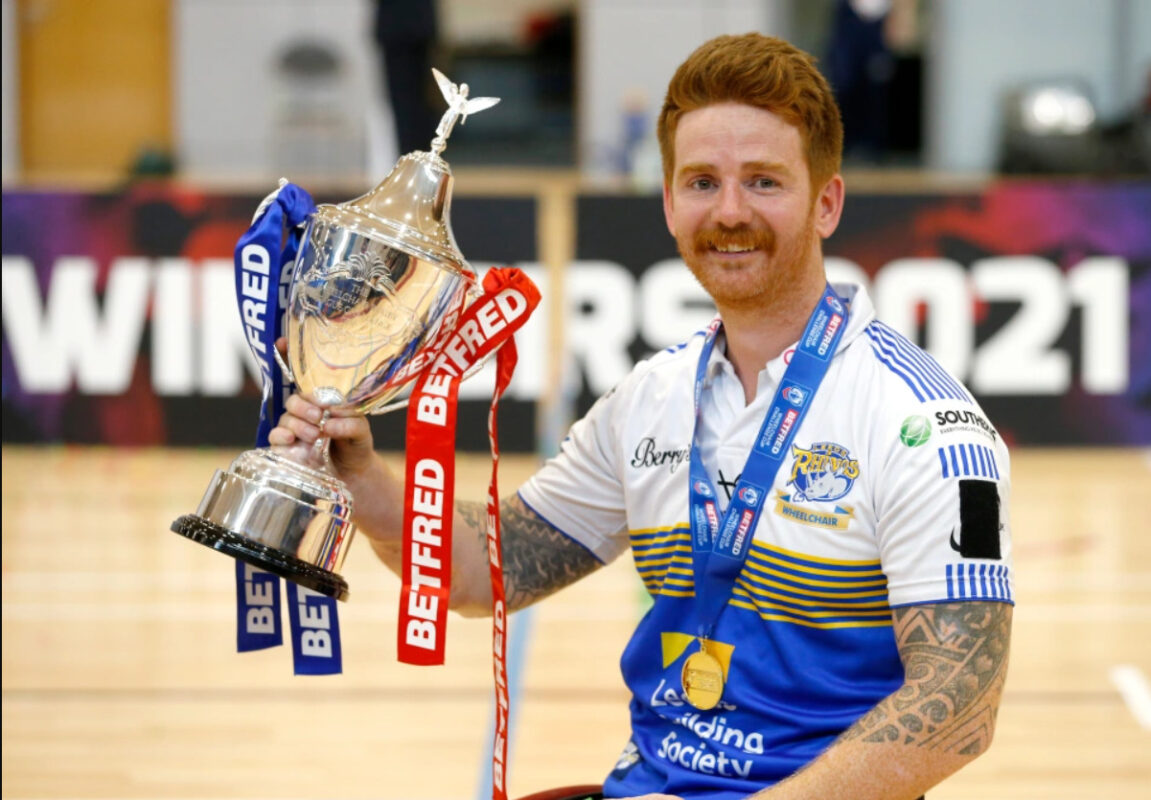 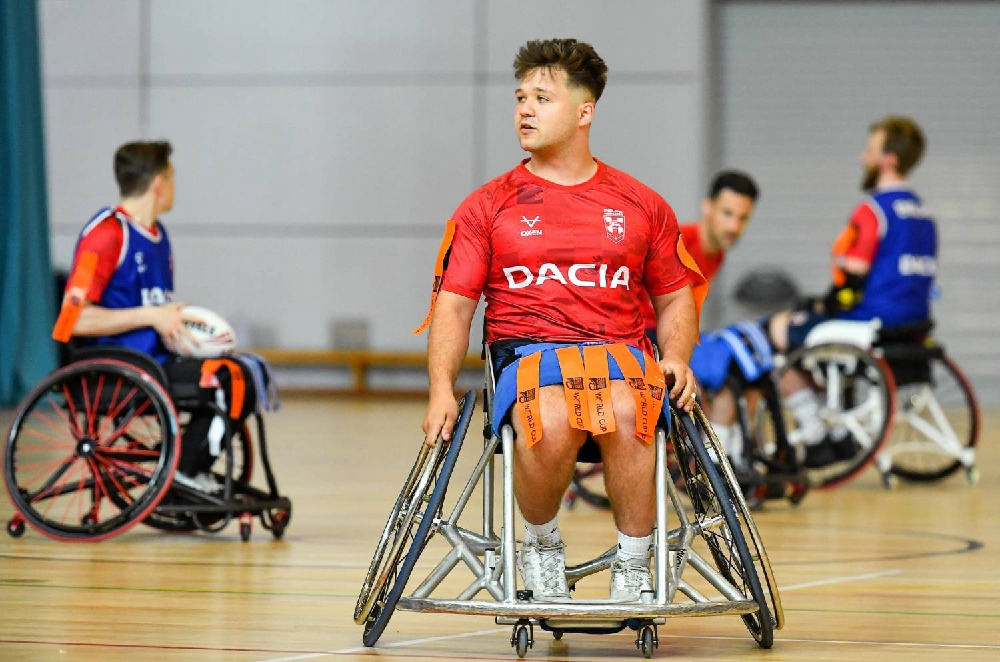 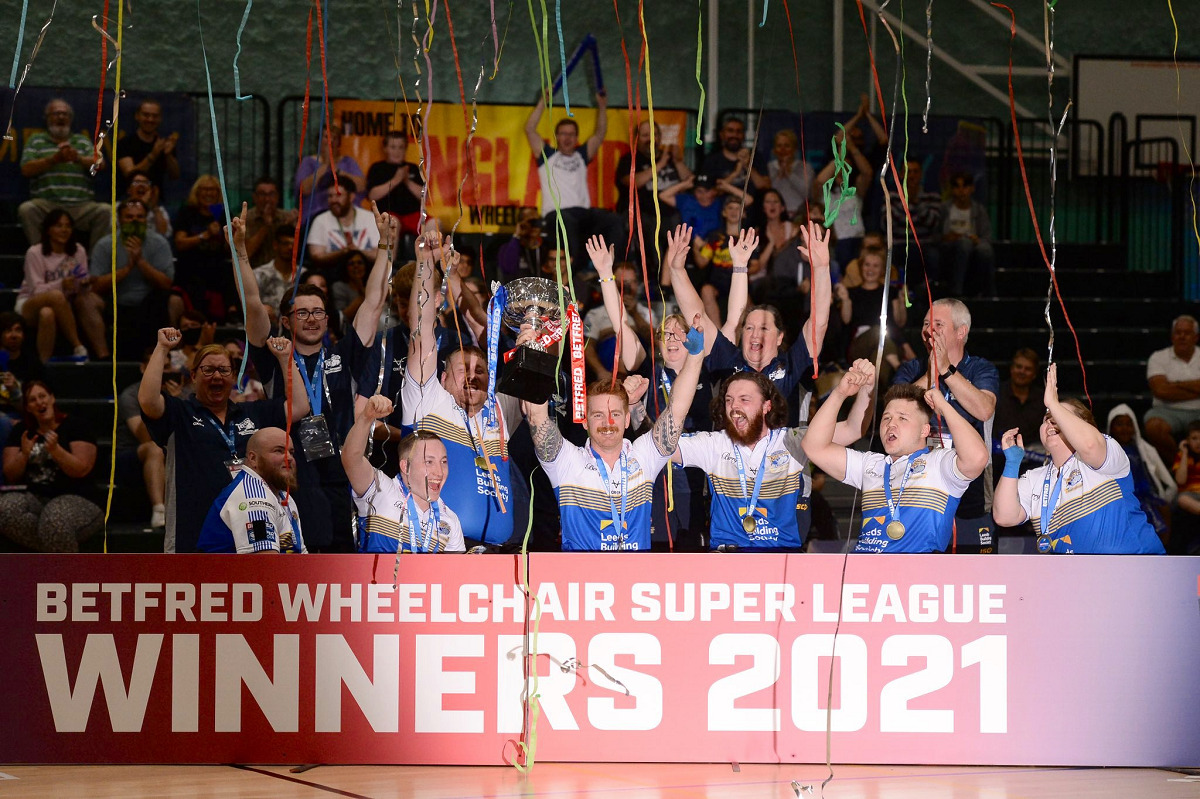 Starting in 2022, the side will train and play their games out of the first-class facilities at Leeds Beckett University’s Headingley campus, with matches taking place in the Sports Arena.

It is an exciting year for Wheelchair Rugby League, with the Wheelchair Super League expanding to a 7-team competition thanks to the introduction of Warrington Wolves and Wigan Warriors who will be be joined by a new southern ‘super-team’ in London Roosters, building on the great work done in Kent with The Argonauts.

Last season, the side went through the entire year undefeated as they secured a historic treble and showcased their talents to thousands of fans in the nationally televised Super League Grand Final and Challenge Cup Final.

Wheelchair Rugby League remains faithful to the sport of rugby league but obviously the use of wheelchairs means that there are some changes to the rules of the game.

The wheelchairs used by the players are highly specialised, light in weight and extremely robust. Wheelchair Rugby League whilst a game of evasion is also physical and the players train hard to improve their speed, strength and ball skills.

The playing area is a hard surface or court, such as a sports hall, ideally 18-22 metres wide and 40-45 metres long, whilst the ball is a standard size 4 rugby league ball, slightly deflated. Each team should consist of 5 players and up to 5 substitutes.

The standard 10 metre measurement in rugby league such as 10 metre lines, 20 metre restarts and such are replaced by units of 4 metres. There are no scrums in WRL, they are replaced by a tap restart and all kicking is done by hand, utilizing the top of a closed fist, with contact being made by the area around the thumb and forefinger.

Points are awarded as per rugby league, with conversions / penalty goals being taken from an extended kicking tee, which must be no higher than the wheel of the kicker.

But, above all else, Wheelchair Rugby League is great fun and highly accessible – come along and watch or give the sport a try!

For more information about how to get involved with Leeds Rhinos Wheelchair Rugby League, please email disability@leedsrhinosfoundation.org.