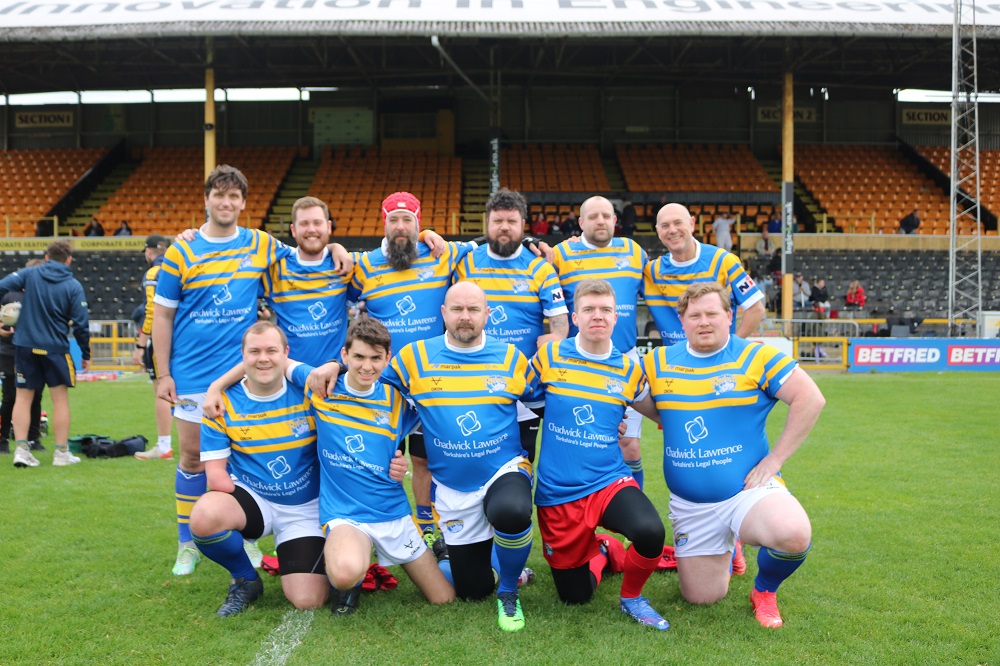 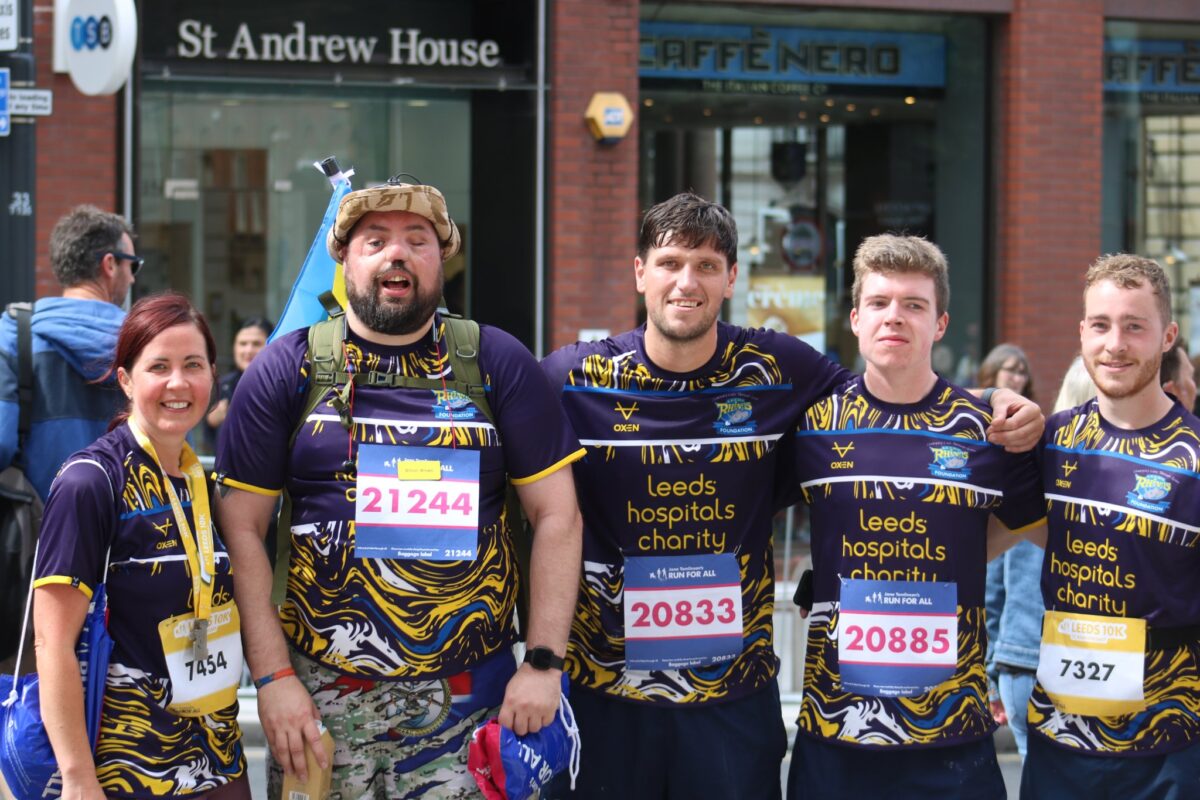 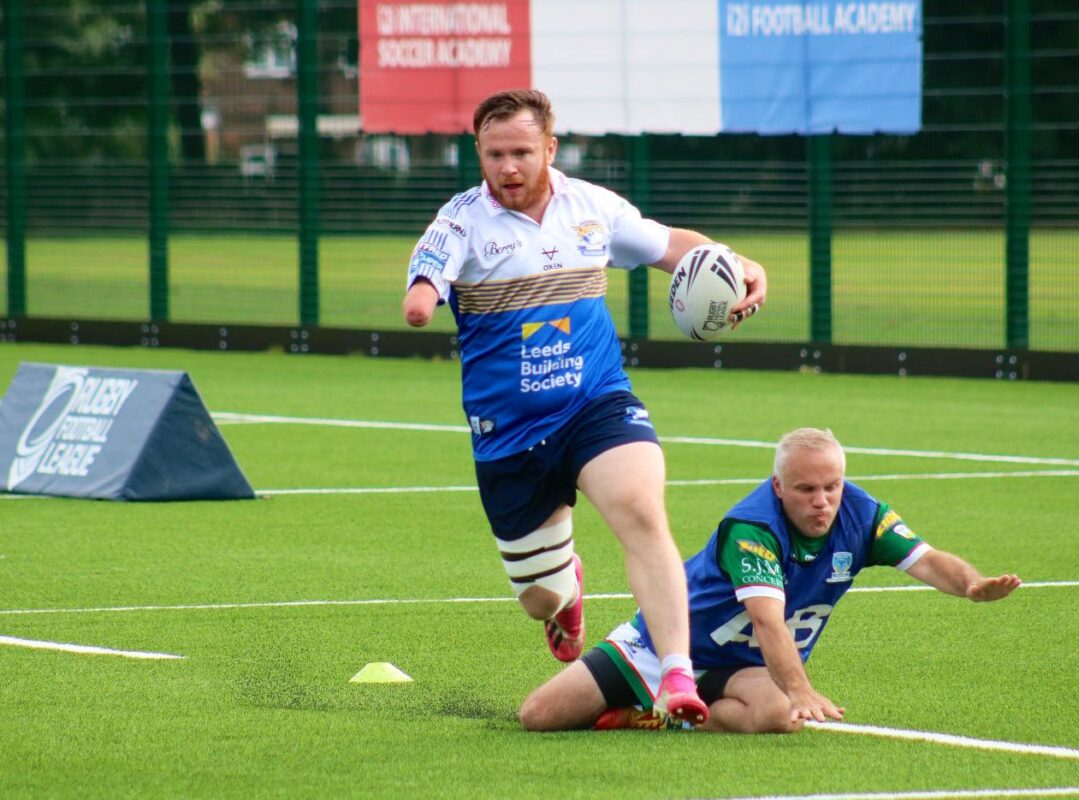 Leeds Rhinos Foundation’s PDRL side is one of the charity’s most exciting ventures, provided disabled players with the opportunity to represent the Rhinos and get back onto the pitch by playing in this adapted full-contact version of the sport.

We have been a pioneering force in the game, from taking part in the first ever Physical Disability Rugby League match to be played in the UK against Warrington Wolves in February 2018, to featuring in a half-time showcase during Super League’s Dacia Magic Weekend at Anfield Stadium and hosting the first ever PDRL Finals Day in September 2019.

Our side, led by Player-Coach Dan Roberts and Head Coach Keiran Hickman, includes players from all backgrounds and conditions including muscular, sight and mental, but nothing stops them from playing the sport they live and breathe. This initiative has put them back on track and playing their rugby again.

The Leeds Rhinos PDRL team is part of the charity’s commitment to making rugby league accessible to all parts of the community and promoting all forms of the game.

On the field they have also been one of the leading outfits in the PDRL game, finishing third in the inaugural PDRL League and qualifying for a place at the first PDRL Finals Day which was proudly hosted by Leeds Rhinos Foundation. Beyond winning and losing, the best part about PDRL is the fantastic community that has been built and lifelong friendships forged between the teams.

Support has also been received from Leeds Rhinos players past and present, with Barrie McDermott and Gary Schofield just two of the greats to have played with the side, as well as Channel 4 presenter and comedian Alex Brooker.

Check out player profiles, interviews and other information on our YouTube channel:  www.youtube.com/channel/UCrwmhcH2fLxcNFLCC0aksCg