Throughout the Easter holidays, Leeds Rhinos Foundation have run a series of different activities and sports camps to help hundreds of local children stay active and make a safe return to sport.

Ranging from rugby league to netball, the camps have welcomed in kids from right across the region and kept them engaged in physical activity throughout the two-break.

Take a look at the different camps which took place last week and what we got up to during the Easter period:

It was a landmark moment for local Netball, as Leeds Rhinos Foundation and Leeds Rhinos Netball hosted their first ever Netball camp for more than 110 talented young netballers from across the Yorkshire region.

The camp, led by Leeds Rhinos Netball stars Paige Kindred and Rhea Dixon, represented a unique opportunity for aspiring players aged 7-16 to work with elite coaches and enjoy four action-packed days of fun and engaging drills, games and small-group coaching to learn how to take their game to the next level. Attendees also had the chance to meet some of their Netball heroes, with fellow Leeds Rhinos players Jade Clark and Donnell Wallam visiting the camp to join their teammates for an exclusive Q&A and signing session.

For some players it marked their first introduction to the Leeds Rhinos Netball Performance Pathway, which continues to provide more playing opportunities, offer quality support and drive playing standards forwards in Yorkshire.

Gareth Cook, Head of Community Engagement at Leeds Rhinos Foundation, said: “Our first Rhinos Netball camp in partnership with Yorkshire Netball and Green Flag has been a huge success. We had long been sold out and over 100 players took part in the four-day camp led by players Paige Kindred and Rhea Dixon and supported by Leeds Rhinos pathway coaches from the Under 15s and 21s.

“The quality of the participants was superb and the feedback from parents has been really positive. We will be running two more camps over the May half terms with details to be announced soon, with one at Bishop Burton College and another based here in Leeds which we’re incredibly excited for!”

Even though matches in the Superleague this season have been played behind closed doors, young players and fans remain at the heart of the pathway Leeds Rhinos Netball have created to reach the top.

For England Netball legend and current Rhinos co-captain, Jade Clarke, it’s vital for the side to keep giving back to the local community and pass on their knowledge, insights and experiences to inspire the next generation of players hoping to reach the sport’s highest levels.

“It’s not just about the winning or losing, we want to be connected to the community,” said Clarke.

“It’s been a long time since Leeds had a professional Netball team so now we want to reach out to as many areas as we can to make the game accessible to the whole community. We want them to watch us on the TV and know they can come train with us, be coached by us and meet us which will really get the connection back with our fans, which is so important to us.” 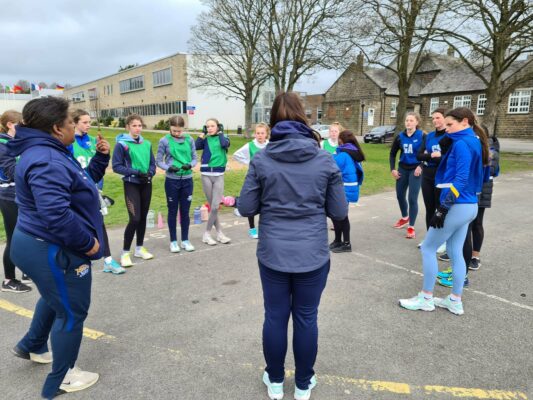 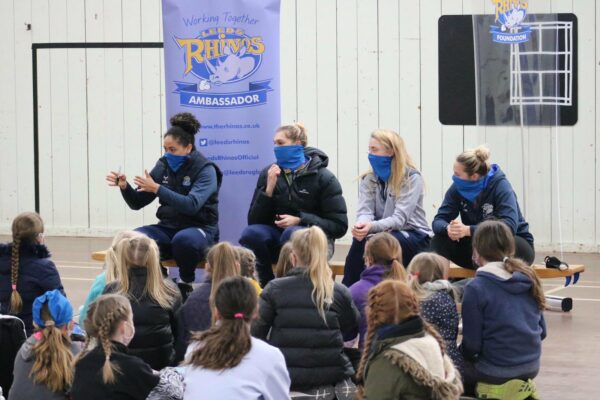 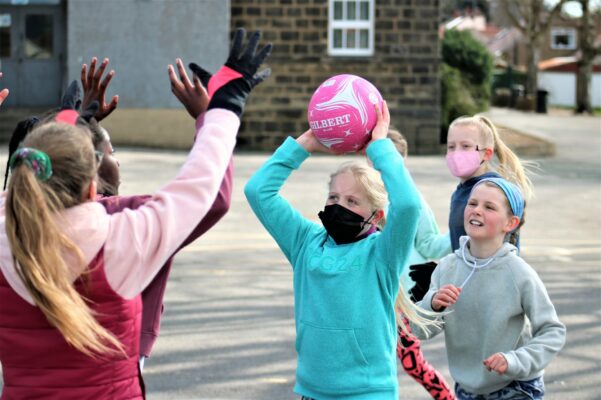 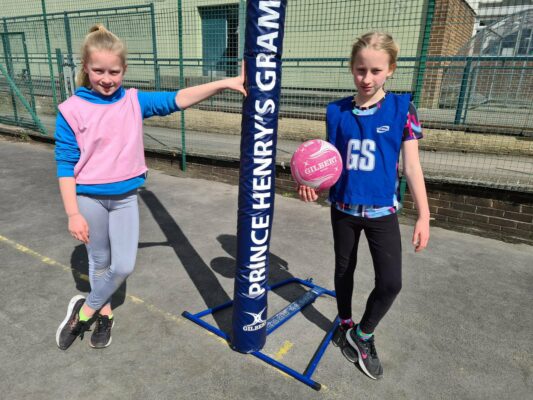 After the recent resumption of grassroots and community rugby league under the RFL’s ‘return to play’ roadmap, Leeds Rhinos Foundation were delighted to host three of their famously popular Easter Rugby Camps at community clubs across the city.

Run over three days, the camps once again went down a treat with around 150 young players taking part at Garforth Tigers, Stanningley ARLFC and Hunslet Warriors. The two-hour sessions featured a whole host of drills designed to help the youngsters improve their core skills and build confidence, both on and off the pitch.

As a special surprise for the children we were also joined at each camp by the Betfred Challenge Cup trophy, with participants given the chance to get up close and have their picture with this iconic piece of silverware.

Rugby League Development Co-ordinator Ian Hardman said: “With Community Rugby League make its coming, hopefully, the children who attended our Rugby Camps have had some fun, but most importantly, taken some knowledge away from the sessions.

“Overall, the sessions have gone really well and our coaches have witnessed really high levels of engagement from junior players who are enjoying being back on the field playing our great sport.”

This delivery leads nicely into the charity’s upcoming Sky Try taster sessions, where the Foundation will deliver sessions in partnership with local clubs to help introduce new players to the sport and cultivate stars of the future. 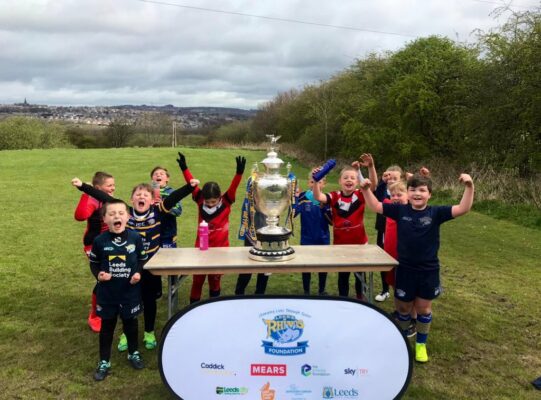 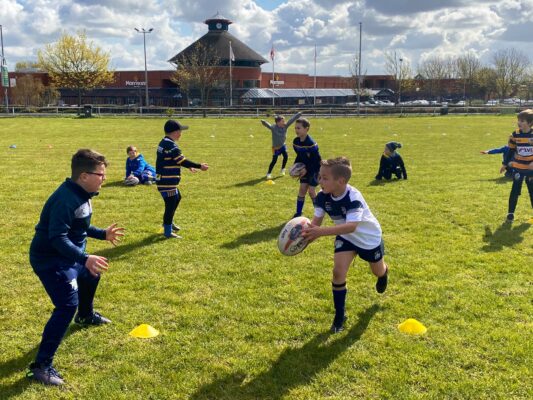 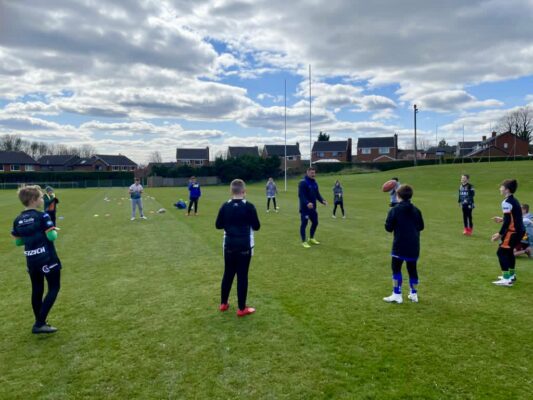 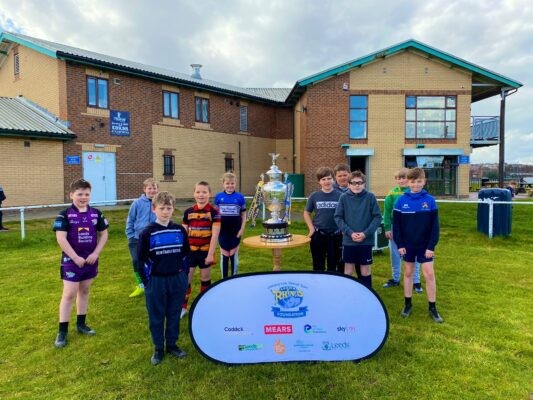 The camp, which was attended by 85 primary school children from across north-west Leeds, saw children enjoy the chance to take part in a fun-filled week of multi-sports activities and games, including dodgeball, cricket and a special Commando Joe’s assault course.

As for many, the COVID-19 pandemic has been an incredibly disruptive and challenging period for Leeds Rhinos Foundation’s community team and they were delighted to be back safely delivering this camp, with each session carefully following government guidelines and social distancing procedures followed throughout the week.

Gareth Cook, Head of Community and Engagement, said: “Lockdown has had a huge impact on young people being able to be physically active and with the recent upturn in the weather our four day camp was the perfect remedy, giving them the chance to get out and enjoy playing sport with their peers in a safe and inclusive environment.

“This is one of three children’s camps we are running, having already delivered a camp in October at Prince Henry’s in Otley.  The feedback we’ve received has been incredibly positive and we looking forward to delivering our next multi-sports camp during the May half term break.” 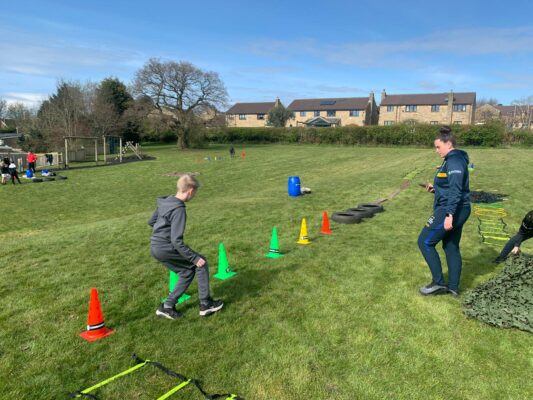 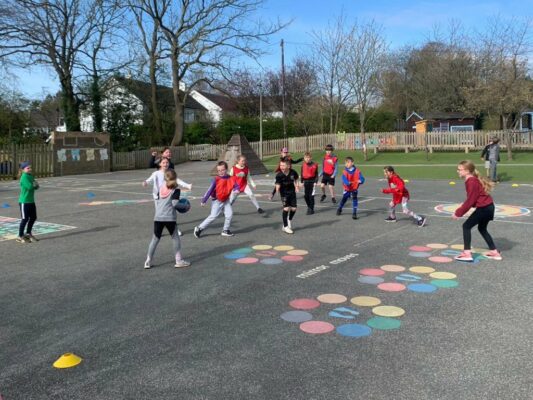 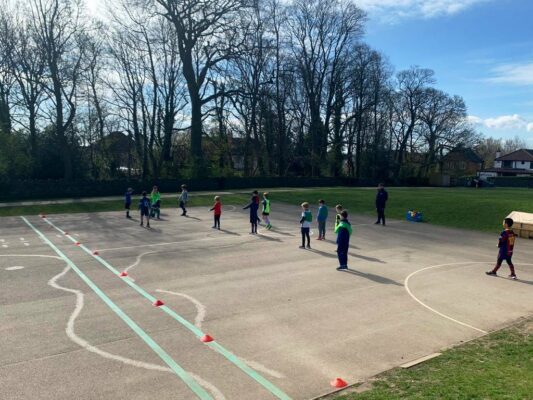 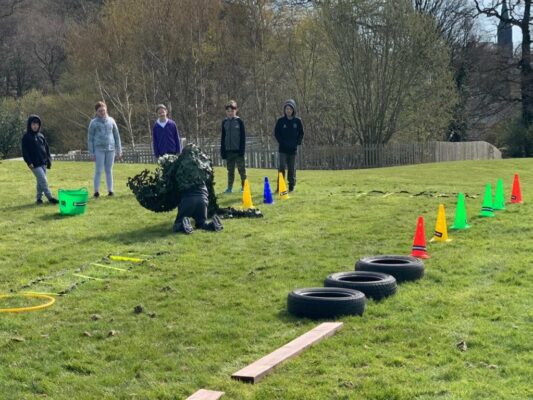