In a landmark moment for Leeds Rhinos Foundation’s Development Academy, outside back Mekhi Bridgeman-Reaney has been signed for the Leeds Rhinos Reserves team after a string of impressive performances for the Boys’ College side.

The winger, who is the son of the former Sheffield Eagles player Derek Bridgeman, is the first new signing for Chev Walker’s side, after he has impressed for the Rhinos Development Academy with 5 tries in his last 4 appearances.

He was also recently handed his Open Age debut for his community club Stanningley, where he scored a try in a televised Challenge Cup clash against Bentley ARLFC.

Speaking about joining up with the reserves squad, Bridgeman-Reaney said: “I’m so happy. I just want to get the opportunity to show what I can do and bond with the boys. I think it will be hard playing against men. It’ll be different from playing in the Under-18s and Under-19s, which is what I’ve come out of, but I just want to get my first game under my belt.

“My family are all happy too. I can’t really explain how excited they were on the day when I got signed. My dad just said to me to play how I can do and do my best. I don’t have to live up to anyone so I can just play my game and hopefully I can do well that way.”

Having walked away from Rugby League at a young age to play football, Bridgeman-Reaney was reintroduced to the sport through the Leeds Rhinos Development Academy, which is run in partnership between the Foundation and Leeds City College. The dual-pathway programme allows young players to combine their studies at the college with training and representing the college.

Bridgeman-Reaney’s re-connection with the sport at the College also encouraged the outside back to re-join local side Stanningley, where he scored a try on his debut in the Betfred Challenge Cup a fortnight ago.

He explained: “I went to play football with my mates but I tried to play rugby alongside it. When I played some games for the college team, I fell back in love with the game and wanted to dedicate my time to that.” 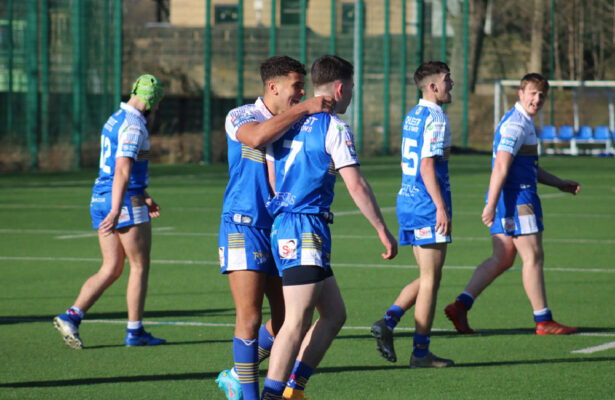 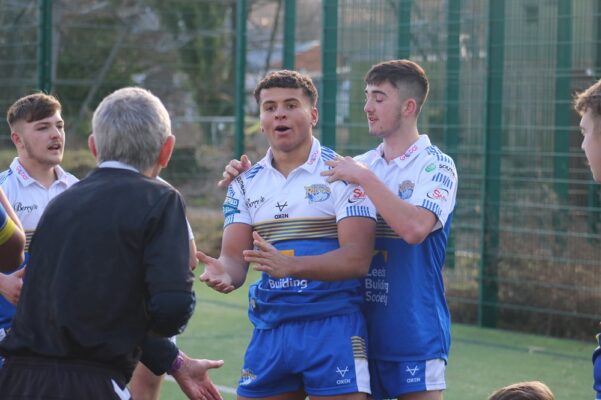 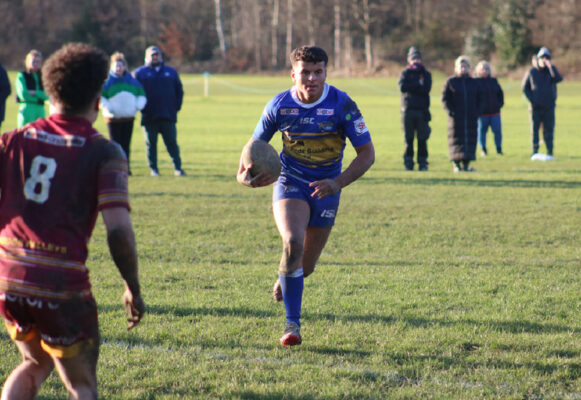 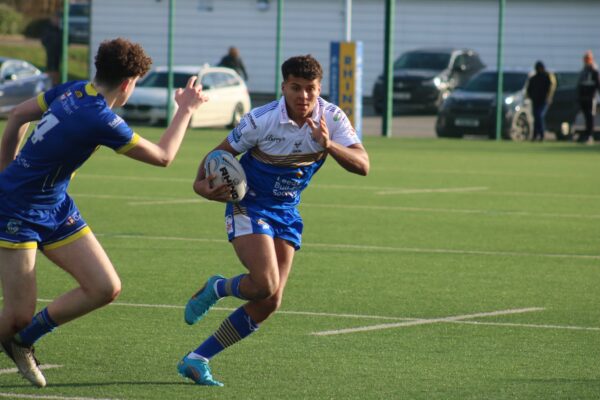 The Leeds Rhinos Development Academy gives aspiring Rugby League players the opportunity to play and develop their rugby skills, alongside studying and Bridgeman-Reaney is one of the greatest success stories to have come out of the programme so far.

Leeds City College’s Deputy Principal Leeds Sixth Form College Ryan Grant said how proud he was of his student’s achievements. “We would like to congratulate Mekhi on signing with the Rhinos Reserves.  We are proud that our Development Academies are helping young people continue to play the sports they love with quality coaching whilst also continuing their studies.  Mekhi’s performances for the college have given him an opportunity to impress the Rhinos coaches and earn a deal with the club’s Reserves.  This is a huge success story for the Development Academy and we hope the first of many.”

Gareth Cook, Leeds Rhinos Foundation’s community manager, said: “Everyone at Leeds Rhinos Foundation is absolutely delighted for Mekhi and wish him all the success with the Rhinos Reserves. This is a perfect example of how the Development Academy pathway, in partnership with Leeds City College, can provide opportunities for players to get back into the elite pathway having perhaps missed out on the ‘standard’ academy route.

“The College partnership has gone from strength to strength over the last few years and we also have four of our girls players now playing with the Rhinos Women’s Academy. The College model is a combination of achieving both academically and in a sporting environment and we hope this is just the first of a number of players that progress.”

The signing is also poignant as Rhinos chief executive Gary Hetherington signed Derek Bridgeman for Sheffield Eagles in 1984. Derek is popular within the Rugby League community as he played for the Eagles, despite having a paralysed arm. Overall, he made 120 first team appearances for the club over five years, and Hetherington was really pleased to have secured his team mate’s son for the future.

“It’s quite a significant signing and when I heard that Mekhi was Derek Bridgeman’s son,” he said. “I was intrigued because Derek was a fine player in his day as a star of the Sheffield Eagles team.

“What this shows is the value of being able to recruit a player who hasn’t been in the system. He’s not been a part of the Academy or Scholarship, but he’s still got a chance to come and play for Leeds Rhinos.

“The fact that he’s at Leeds City College and playing for their Development Academy which is run by our charity Leeds Rhinos Foundation meant we were able to identify him as a player with Rugby League ability and the Reserves for the forthcoming season.  This pathway gives players like him opportunities to come and hopefully have a career with the Leeds Rhinos and in professional Rugby League.”

Leeds Rhinos Foundation and Leeds City College are running open trials for aspiring players aged 16-18 looking to join their Development Academy from September 2022. The trials will be run at the Rhinos’ Kirkstall Training Ground on Wednesday 25th February, 3.30pm-5pm. 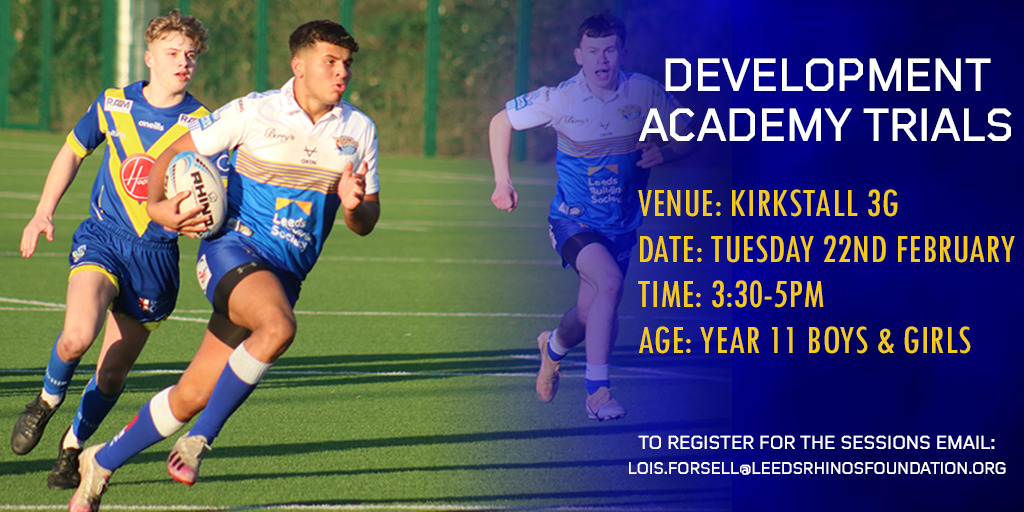