Leeds Rhinos Foundation will continue to deliver their Rhinos Rugby League taster sessions at local community clubs after a successful first-half term which saw 71 new players introduced to the sport.

Working in partnership with the charity’s Ambassador clubs, the Foundation run free taster sessions to help with recruitment for their youngest age groups and provide a fun introduction to the game for hundreds of children across the city who may be looking to try out a new sport or join a local team.

There were some brilliant turnouts at the Rhinos taster sessions which took place during the first half term of 2022, including 13 new starters at East Leeds ARLFC and 26 new players training with Oulton Raiders, enough for them to create 3 brand new Under 7s sides!

This was also supplemented by the Girls Rugby taster sessions, aimed exclusively at helping to grow the Women & Girls’ game from a grassroots level by introducing new players starting at the Under 11s and Under 12s age groups. Throughout the first two months of the year, Leeds Rhinos Foundation hosted two further Girls Rugby tasters at East Leeds and Stanningley which were attended by more than 40 players, providing a major boost to the clubs in supporting their ever-growing Girls’ sections.

Take a look at our list of upcoming Rugby League taster sessions taking place at clubs across Leeds this half term:

Why not come along to one of our upcoming Rhinos Rugby League taster sessions and get involved with the greatest game of all?

With grassroots sport back up and running again and the 2022 Yorkshire Junior season on the horizon, this is the perfect time to get your child into playing rugby league at one of our brilliant local community clubs. All sessions will be COVID-secure and follow the current RFL ‘Return to Play’ guidelines, in line with the latest Government guidance.

All of these taster sessions will be FREE to attend and no experience is neccessary!

For more information and to book your place on any of our upcoming tasters, please email ellis.pascall@leedshrinosfoundation.org. 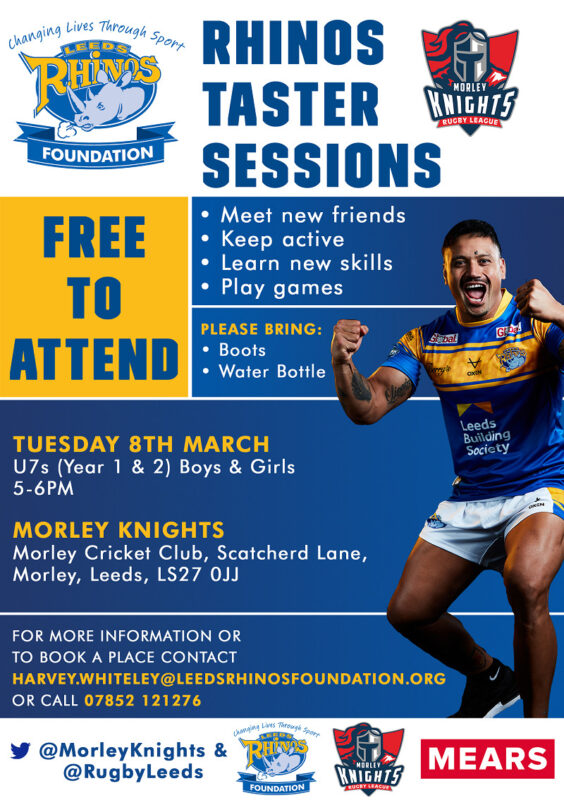 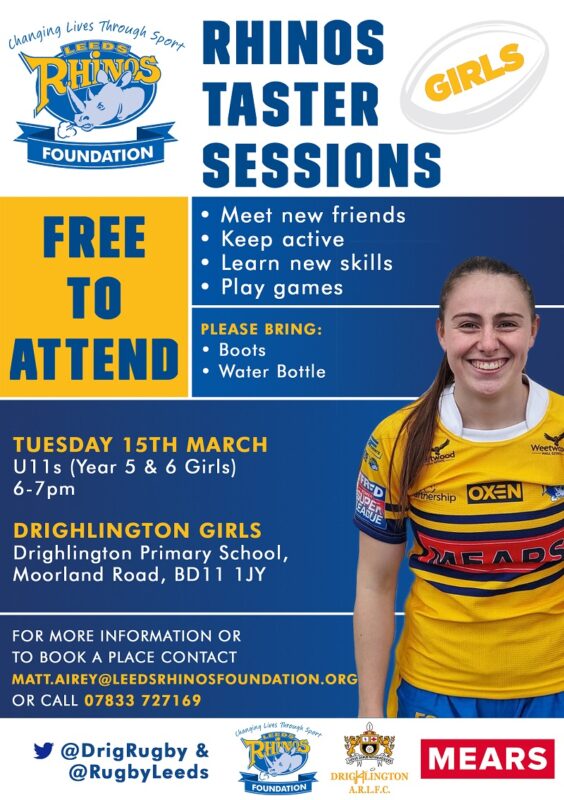 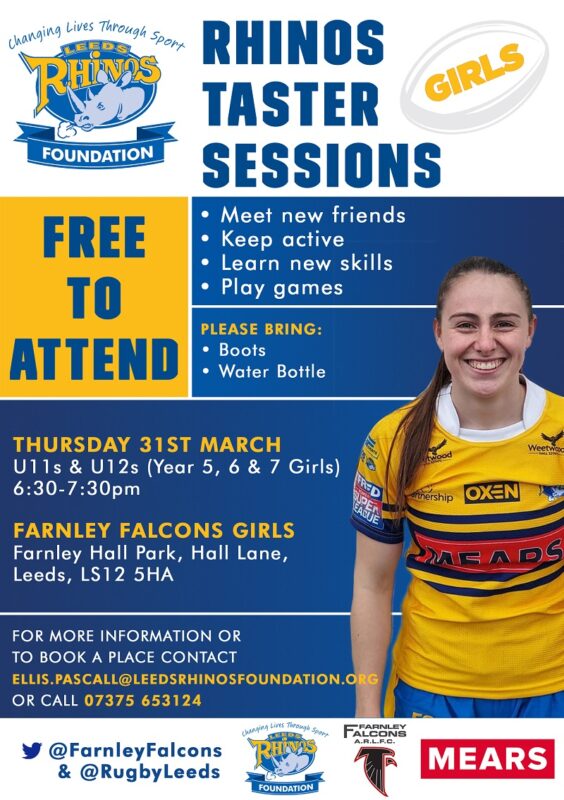 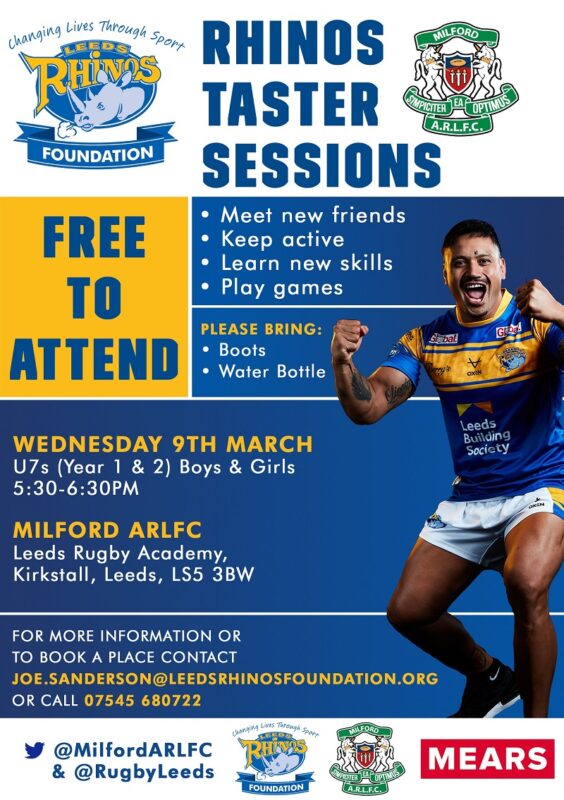 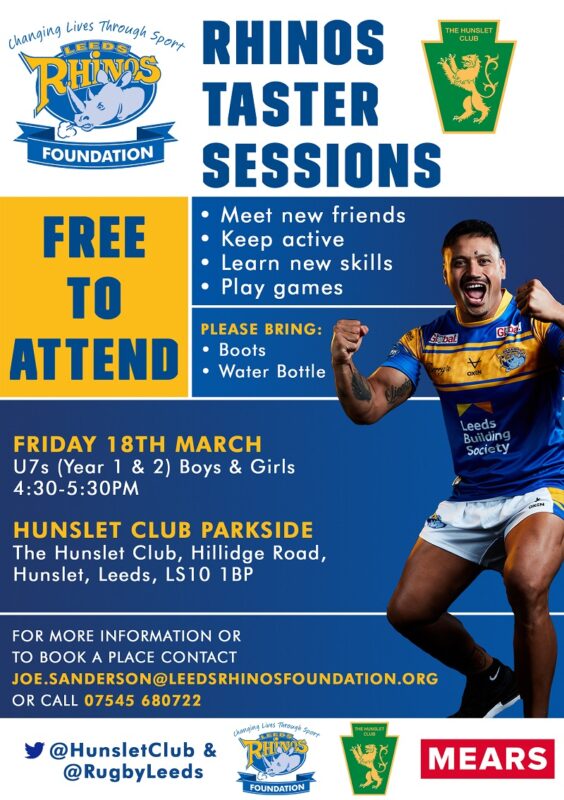 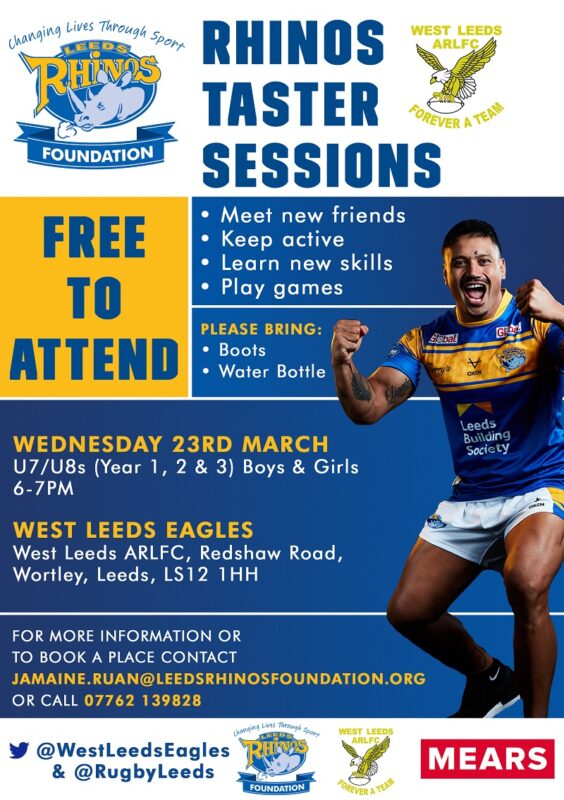