The social value of Disability Rugby League has been underlined by a Dividend Report published today by the Rugby Football League- the third in a series of studies into the social and/or economic impact of Rugby League.

It follows the Rugby League Dividend Report in 2019, and “These Girls Can – The Wider Impacts of the Growth of Women’s and Girls’ Rugby League”, which was published last year – with the research again conducted by Manchester Metropolitan University’s Institute of Sport.

The figures for investment by the players and their families, as opposed to other stakeholders such as volunteers, the RFL and sponsors, are even more striking – with a social return calculated at £9.84 for every £1 of investment.

But as is stressed in forewords by Adam Hills MBE – the Australian comedian who plays PDRL for Warrington Wolves – and John Hughes of Community Integrated Care, the RFL’s social care partners who sponsor the Learning Disability Super League, the benefits of Disability Rugby League go well beyond those which can be calculated.

“From a personal perspective I’ve seen Physical Disability Rugby League improve people’s physical and mental health, provide a community for people who may not have one, and give people with physical disabilities the chance to experience some things that able-bodied people often take for granted,” writes Hills.

“As you read this report, you’ll see facts and figures, tallies and graphs, and a load of facts. But every single person that plays Disability Rugby League – whether it be Physical Disability, Learning Disability, or the Wheelchair game – has a story like mine. A story of an improved quality of life, of a happier disposition, of better health.

For people with disabilities, sport is like a public building. All we ask is for a way to get in.”

John Hughes writes: “It was an educated experiment when Community Integrated Care first invested in Rugby League. It, frankly, isn’t what care providers normally do. As a charity, it is so important that we use our resources responsibly to achieve an impact, and I felt that we could do that in Rugby League, because of the values it upholds.

“I could never have imagined quite how big things could get. Right now though, all I can see is possibilities. This publication is the opening chapter of what we will achieve together, not the final volume.”

Through interviews with players and others involved in the three forms of Disability Rugby League, the report provides figures under four headings: Increased Confidence and Self-Esteem; Physical and Mental Well-Being; Expanding Social Circles and Connecting Families; and Perception of Disability.

Of the players surveyed: 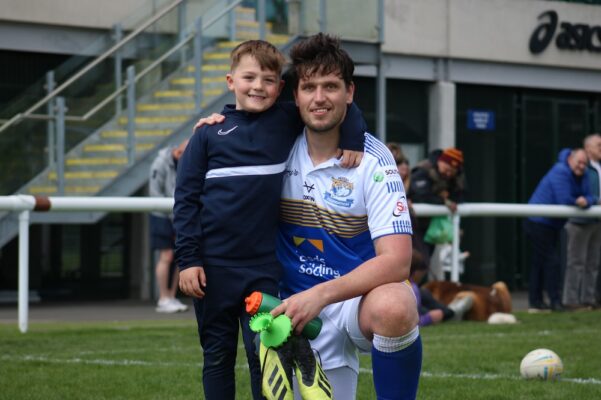 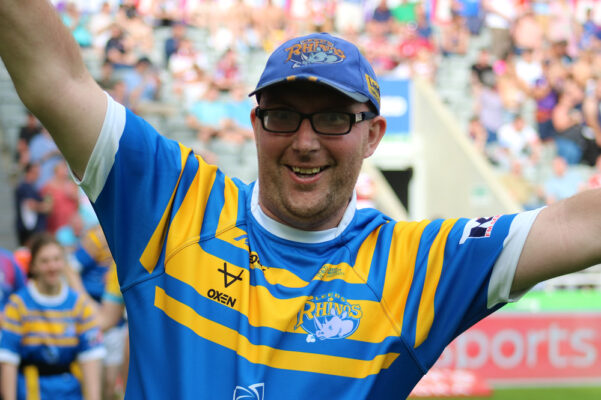 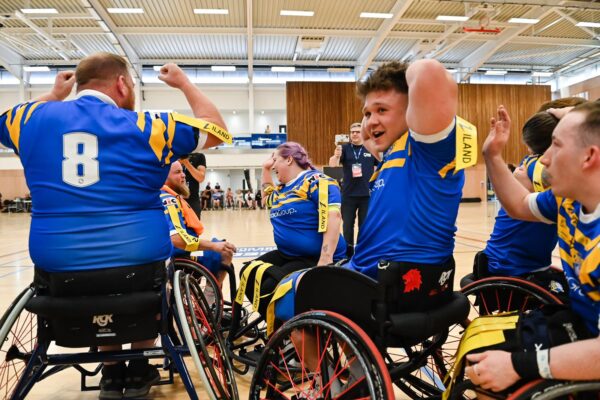 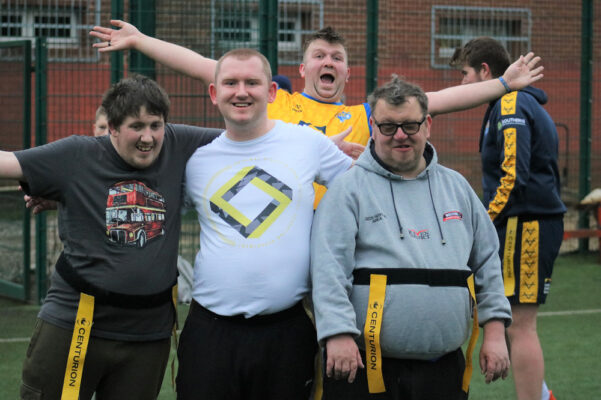 Dr Nicolas Scelles, Senior Lecturer in Sports Management at Manchester Metropolitan University Institute of Sport, said: “As the Official University Partner for Rugby League World Cup 2021 we were delighted to contribute to this important report, which evidences the difference that rugby league makes to the way people with disabilities access sport and to the way people think about their disability.

Chris Godfrey, the RFL’s National Inclusion Manager, commented: “The findings within this report are greatly significant to the future travel and growth of the Disability Variants of Rugby League. The figures attached within to social benefit are not only staggering, almost £13 to the pound on some metrics, but reflect just how much Rugby League holistically offers to the lives of disabled participants.

“The implications of these findings will contribute to the sustainability of the game in every way and prove, without doubt, the impact Rugby League has on one of the most underrepresented groups in the sporting landscape. Ultimately these findings will allow more people living with disabilities an opportunity to improve their lives through Rugby League participation.”

Ralph Rimmer, the RFL Chief Executive, writes in the report’s introduction: “The timing of this report is neat, as we look forward to hosting the Rugby League World Cup in England. It will be the most inclusive in history, providing Wheelchair Rugby League with an unprecedented national platform for us to celebrate the athleticism and personal stories of the players – and now with a demonstration four-team PDRL event also included in the schedule.

“Learning Disability Rugby League also has strong links to the World Cup, through Community Integrated Care’s Inclusive Volunteering Programme supported by Sport England – and one of the most memorable occasions so far in 2022 came at the St Helens community club Portico Vine, when a number of LDRL stars took the stage at one of the superb new facilities funded by the World Cup’s CreatedBy programme to explain how Rugby League had transformed and enriched their lives.

“I defy anyone not to be inspired by reading the Disability Rugby League Dividend, whether a quick flick or a detailed study. And as John Hughes says in his foreword, the most exciting thing is that this is just the start.”

Other MMU studies into the social and/or economic impact of Rugby League are available via the RFL website.

For more information about the work Leeds Rhinos Foundation does to support Disability Rugby League- with our Wheelchair, PDRL and LDSL teams- click here.