Players from both the Leeds Rhinos and Salford Red Devils Learning Disability Super League teams were given a special experience during Sunday’s home game by taking part in a Guard of Honour pitch ceremony ahead of kick off at Headingley Stadium.

It was a wonderful opportunity for these huge rugby fans to get into the thick of the action and cheer their Super League heroes onto the field as part of Leeds Rhinos Foundation’s matchday activities, which also saw more than 300 junior players from 14 community clubs feature in a busy programme of pre-match and half-time entertainment.

This was all arranged as part of Betfred Super League’s wider celebrations during Rounds 22 and 23 to highlight the incredible work carried out by partners Community Integrated Care to change the lives of people who access care and support, especially through their Learning Disability Super League competition.

So having already played on the hallowed turf during half time of the Wakefield home fixture in May, the LDSL squad were fortunate to once again be offered the chance to rub shoulders with the first team and feel the thrill of being pitch side as they emerged through the tunnel.

Sharing his thoughts on another memorable afternoon, LDSL player and Rhinos fanatic Declan Jenksinon said: “It’s a great honour to be asked to create a guard of honour for the first team because it’s something that not many people will ever have the chance to do. To know that, as people with disabilities, we are valued enough to go welcome the first team players onto the pitch for such a big game makes me feel really proud.”

Explaining what these kinds of experiences mean for his LDSL players, Disability Officer Ed Bates said: “We are really grateful to the club for opening their arms and allowing us to put the LDSL team at the heart of the gameday festivities again.

“It was brilliant that we could have both the Leeds and Salford LDSL teams represented in the guard of honour so that they could come together on the pitch in a powerful show of social inclusion and the wider impact our disability sports programmes have for people who love this sport.

“For them to go step out on the pitch in front of so many fans and get up close with their heroes is absolutely massive. It means so much for them to feel part of this club and the enjoyment they get out of these moments is unparalleled.”

These thoughts were reciprocated by Salford’s Disability Team Manager Heather Robinson, who commented: “This was so exciting for our players and we’ve all had a brilliant day. I think having them involved on a matchday provides a great opportunity for us to put Disability Rugby League in the spotlight and it’s just fantastic that the Rhinos allowed us to come along and participate in this.”

Leeds Rhinos and it’s official charity, the Leeds Rhinos Foundation, would like to thank all the LDSL players who helped make Sunday’s game a success, as well as Jenny Robinson for carrying out interviews as part of her Media Club training on the Community Integrated Care Inclusive Volunteering programme!

For more information about Leeds Rhinos LDSL and the opportunities it provides for people with autism and learning disabilities, please CLICK HERE. 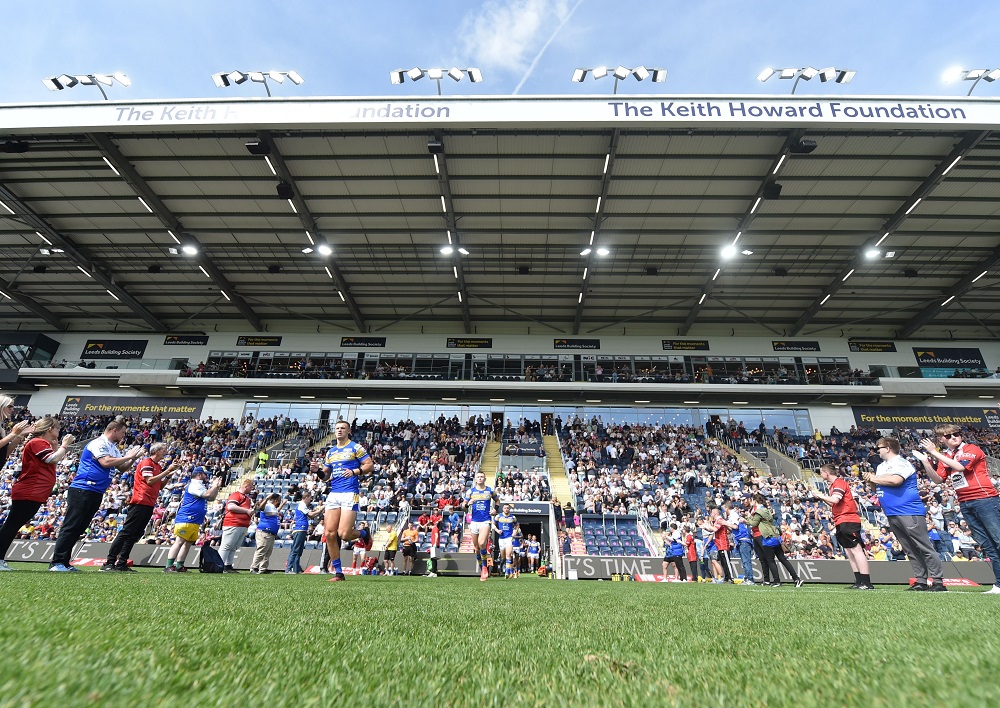 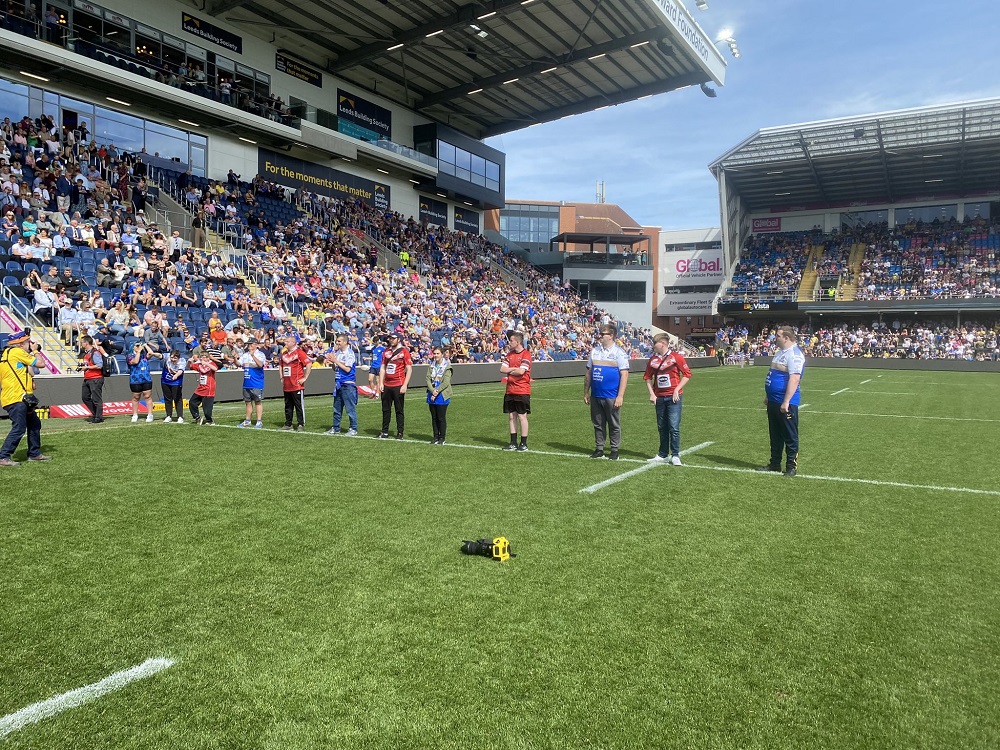