A try from The Last Leg presenter Adam Hills in the dying seconds of the game gave the Wolves a dramatic 10-6 victory over a Leeds side who were made to pay for a number of missed opportunities earlier in the game.

Following the award of a walkover win due to St Helens being unable to attend the festival, which was staged at Castleford Tigers’ Mend-A-Hose Jungle, Rhinos prepared to take on Warrington in a rematch of the UK’s first ever PDRL match back in February 2018.

Things started brightly for Leeds, with Tom Lockett grabbing the first try of the contest. The halfback collected an offload from Scott Gobin and shrugged off two defenders to dive in under the posts. After converting his own try, the Rhinos were once again looking good with an early 6-0 advantage.

It was proving tough to capitalise on the good start, with Warrington dominating the game physically and holding firm in defence, despite good work from Owen Lockwood, Chris Young and Lockett on the outside edges.

However, a string of penalties then saw the Wolves camped on the Rhinos line and they quickly levelled up the scores as captain Jason Elkaleh bundled his way over the line.

Both sides then traded sets once more. with neither able to get a real foothold in the game. A Rhinos try was chalked off for a forward pass, before Warrington also missed the chance to take the lead with a flowing move down the left resulting in a turnover.

But with the game seemingly heading towards being the first ever PDRL League draw, Hills intercepted a pass from Lockwood following a line break and burst forward to score the winning try just seconds before the final whistle.

The result sees Dan Roberts’ side move down to second in the table, with Wakefield Trinity grabbing top spot due to a superior points difference. Trinity, Wolves and the Rhinos are all level on 10 points with four matches of the regular season still left to play.

The side return to action on Sunday 4th August in the next PDRL League festival at Victoria Park, Warrington. 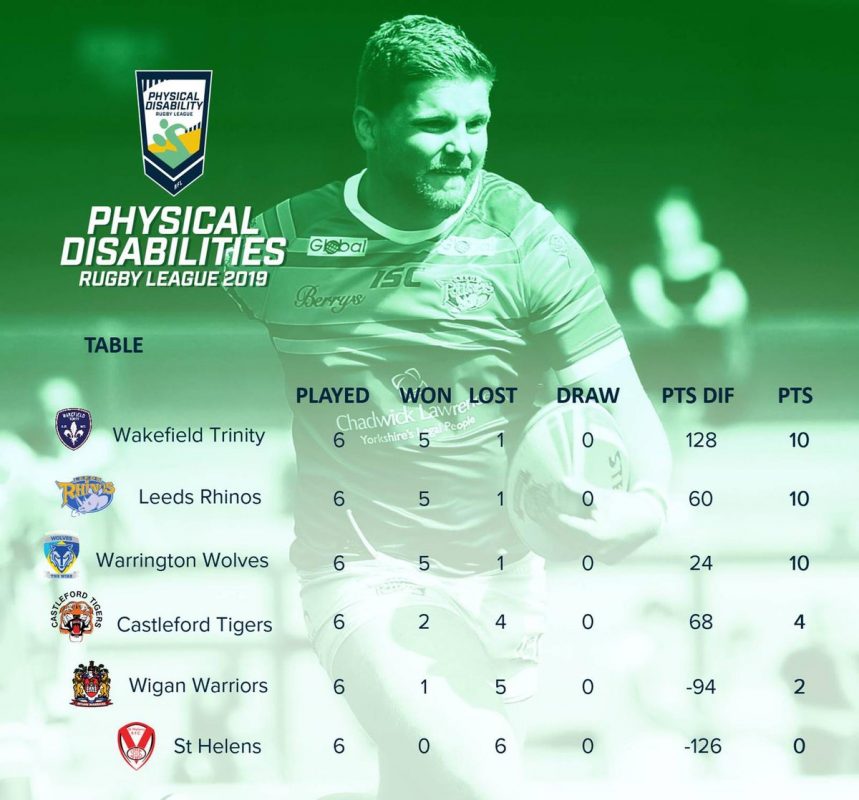