The annual event made it’s long-awaited return to Headingley Stadium after a two-year hiatus and the incredible efforts of more than 120 volunteers who took part in the sleepout have helped to raise over £25,000 for the Foundation, St George’s Crypt and St Gemma’s Hospice, who all help to support and improve the lives of vulnerable people in Leeds.

Last Thursday’s sleepout took place in freezing cold temperatures, with participants experiencing a real taste of sleeping outdoors during their night in the Global East Stand, albeit in a safe and secure environment and, unlike those who unfortunately find themselves homeless, knowing they could return to warmth and shelter the following day.

Being the second ‘Big Sleep’ fundraiser this year, following the virtual ‘sleep-in’ edition which took place under coronavirus restrictions back in January and raised almost £23,000 for the three charities, Cook was delighted with the turnout on the night and thanked those involved for their continued support.

“We had around 125 sleepers taking part this year, with plenty of new faces and new organisations stepping forward to join in and support the fundraising which was really good to see. We’re already surpassed our £25,000 target and all three organisations who are supported by this are extremely thankful to everyone who has helped to make this year’s Big Sleep such a resounding success.”

“It was great to see everyone come together as one big team to sleep out on the terraces and in the end it was probably the coldest night we’ve ever done a Leeds Big Sleep on, which meant it was a challenging and uncomfortable experience for all involved.

“I think anyone did well to get any kind of sleep, personally I found it so hard in the cold air to breathe well and get comfortable. That’s the reason why we don’t hold it in June or July though, to make people understand the plight of homeless people in our city and to inspire them to give up a night of comfort to sleep out in the cold and do something positive for those in need.

“We know the funds that we raise through the Big Sleep will make a real difference by hopefully helping to bring people in off the streets, or prevent more people from being out there suffering in our city.”

“We even had one gentlemen attending through the St George’s Crypt ‘Growing Rooms’ project who was so moved by his experience that he got the date tattooed on his arm which is just incredible, but shows you impactful this event can be on those taking part, as well those who will benefit from the funds raised.” 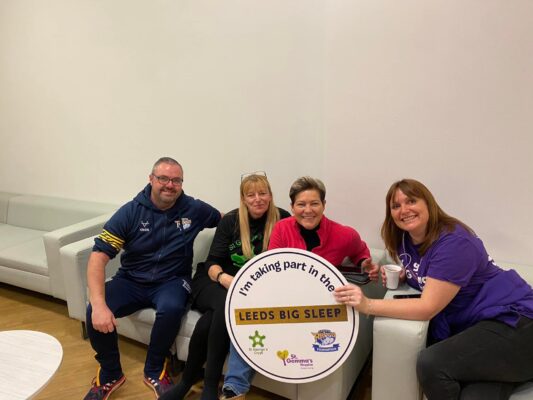 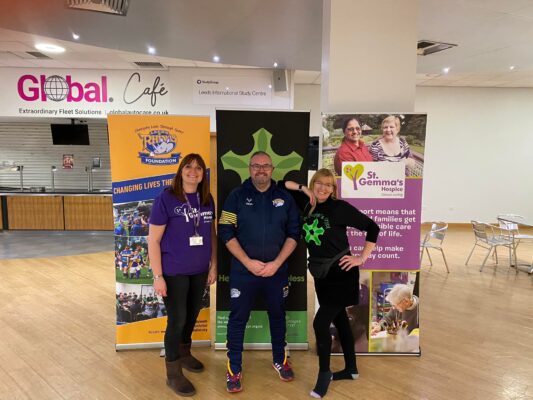 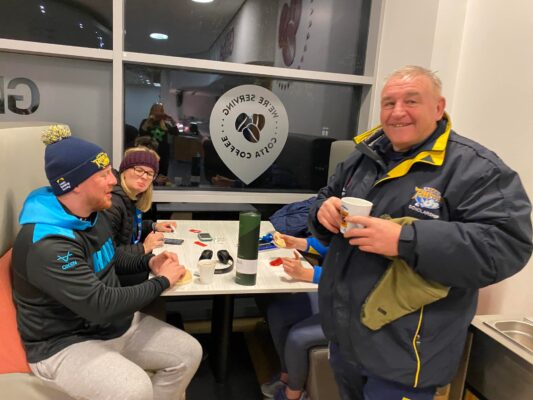 On the night there was plenty of entertainment to enjoy, including a charity auction, rock and roll bingo, guest talks from each of the three charities and a sensational singing performance from none other than the Foundation’s very own ‘Wortley Elvis’, Sam Horner.

“Nobody puts on a better show than Sam and it was great to see him grab the microphone and give us a perfect rendition of ‘Wonder of You’. The auction raised about £300 on the night which was a great boost and as always we had plenty of fun with the ‘Rock n Roll Bingo’ to get everyone engaged and spark that sense of togetherness in the room before we went out on the terraces.

“On behalf of the entire team who help to organise the Leeds Big Sleep, I’d like to just give a huge thank you to everyone who took part, because we know it’s still been a tough year coming out of COVID and all the strains on people at this time. We understand a lot of people have given to charities through other events this year, and always a tough time of year at Christmas, so we really appreciate that so many people keep supporting us by coming out and giving us what they can.

“With the Big Sleep In earlier this year we’ve managed to raise almost £50,000 across both events for the three charities in Leeds, which is a huge achievement and something we are really. It will make a real difference, and we look forward to seeing people back at the Stadium next year for the 2022 event following the conclusion of the Rugby League World Cup in Leeds.”

If you would like to donate to the Leeds Big Sleep to show your support for Leeds Rhinos Foundation, St Gemma’s Hospice and St George’s Crypt, please click HERE to visit the official JustGiving Page.

For more information about the Leeds Big Sleep or to register your interest for next year’s sleepout, please email gareth.cook@leedsrhinosfoundation.org. 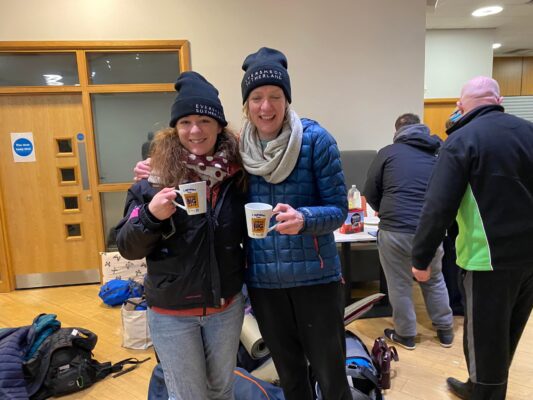 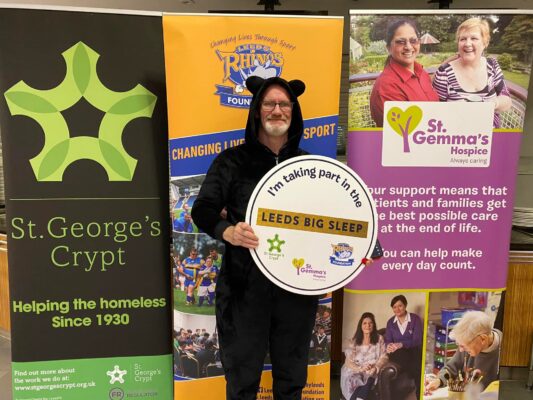 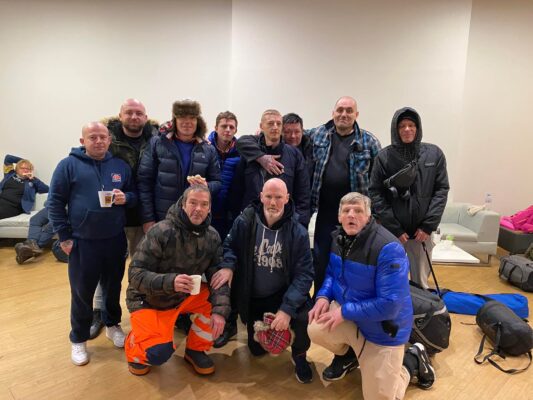