It was a successful month for the Leeds PDRL team as they qualified for Finals Day, but one of the players Harvey Redmonds had more reasons to celebrate after making the grade on and off the pitch.

Like thousands of teenagers across the country, Harvey was celebrating his success in securing a place at University after receiving some fantastic grades in the recently published A-Level results.

The next step on his academic journey will take him to Preston, where he will study Sports Journalism at the University of Central Lancashire for the next three years.

Having barely had time to let that good news sink in, just days later he was given an even bigger boost when it was revealed that had been selected in the England Community Lions 20-man squad for the PDRL World Cup this Autumn.

It is just reward for his outstanding efforts playing for the Rhinos PDRL team, but Harvey admits it’s something which he didn’t see coming, even when the phone started to ring.

“I’d just come out of the bathroom when my phone went off and I saw that it was Shaun Briscoe, so I obviously knew the decision was made,” he explained. “But I was actually scared to answer it so I just left it there for a while trying to convince myself it would be good news.

“Hearing that I’d made the final England squad and would be going to a World Cup was a little bit surreal to be honest. I’d been a nervous wreck for a couple of weeks waiting to find out, but the honest truth is that I totally didn’t expect it, especially after being placed in the PDRL Select team for the final selection match.

“Getting that news was absolutely incredible. When you’re a kid you always dream of playing for your country in any sort of capacity but this opportunity means so much more to me because not only am I playing PDRL for myself, I’m also doing it to help inspire more people with disabilities to get involved with the sport and believe in themselves.”

With two of his biggest life dreams becoming reality, the 18-year-old is understandably on cloud nine right now and full of excitement for the exciting opportunities which lie ahead.

It becomes even more poignant when you hear that at one stage of his life, just having the ability to walk or talk was something worth celebrating.

Describing the emotions of making the grade on and off the rugby field, Harvey said: “To get to where I am now has been a real battle, but I think it’s testament to the hard work and dedication I’ve put in throughout the last few years of my life.

“When I was diagnosed with hemiplegia, which is a form of cerebral palsy, it was really hard to get my around it. I actually got told by some of the doctors that I would never walk or talk properly, so I’ve certainly shown them that they got that wrong.

“My condition affects the left side of my body, and although it does present challenges especially playing rugby, I try to compensate with how strong I’ve trained myself to become on my right side. 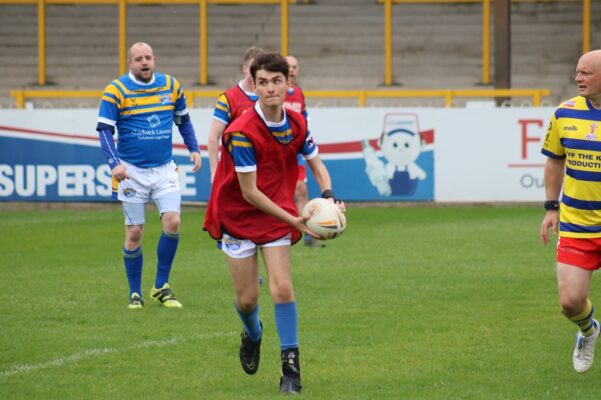 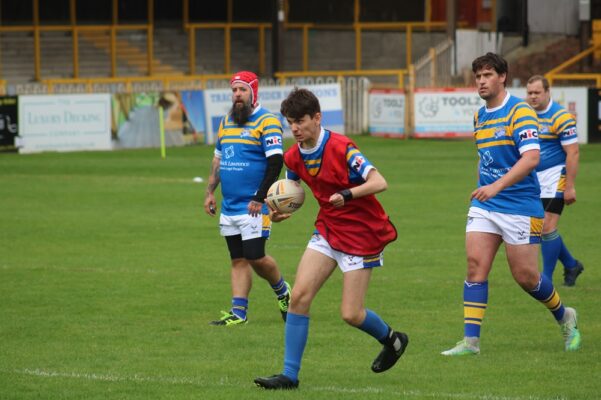 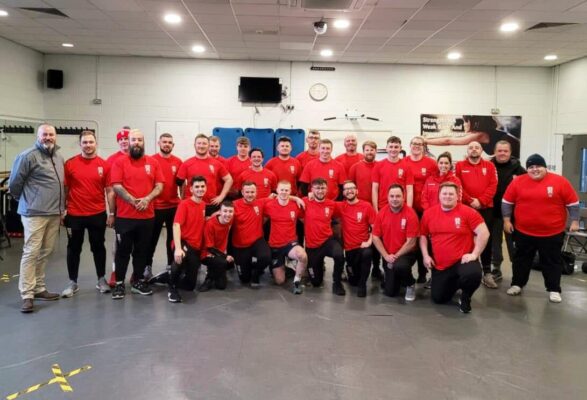 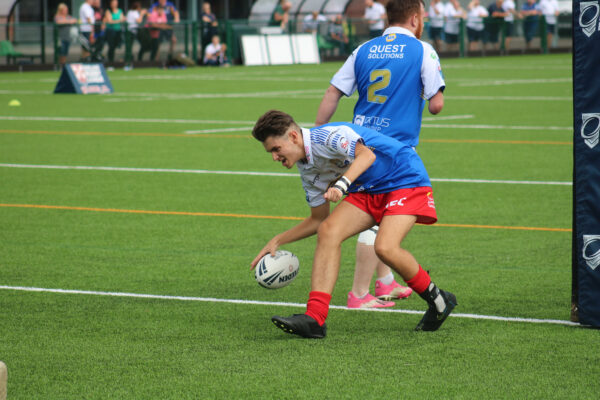 “At first it really knocked my confidence, but now I’m able to speak openly and honestly about my disability and I wouldn’t have reached this position without that.

“I was overwhelmed by all the messages I received when I posted my news online and the support I’ve received has been incredible. There is a sense of pride, sitting here now looking ahead to the next few months. It’s just surreal.

Whilst on international duty, Harvey will be in very good company with six of his Rhinos teammates- including newly appointed captain Scott Gobin- also handed call-ups.

Unlike the others, his classification as a red-shorts player means that he cannot be tackled physically and must only ‘tag’ opposition players. It’s the perfect fit for a man nicknamed ‘Redders,’ who has excelled in the role and really used it to his advantage.

“Obviously it’s a totally different experience to the boys who play full contact, but I think it’s a massive plus about PDRL that there’s something catered to different needs and abilities.

“When I play, I always want to have a strong defensive presence and get around the pitch making lots of tackles, something that’s probably made me stand out on the pitch.

“The first time I played PDRL I was absolutely shocking, but I’ve kept pushing my game forward and thanks to the support of my coaches and teammates I’ve been able to mould my skills into a position where I can be a big asset for the team.

“To play for England in PDRL will be a huge honour and I’ll be hoping that I can help them as much as I can to win the World Cup.”

In order to play at the PDRL World Cup, Harvey and the rest of the Leeds Rhinos players selected are hoping to raise £500 in sponsorship to help pay for their accommodation, equipment and living costs during the tournament.

If you would like to help Harvey and the six other Leeds Rhinos PDRL team embark on this incredible opportunity, please contact disability@leedsrhinosfoundation.org.