An outstanding second half performance from the North saw them fight back from eight points down to run out 32-26 winners over the South in the final match of Leeds Rhinos Foundation’s Under 16s Player Development Series at Headingley Stadium.

It was a much improved showing from a North side who had succumbed to a heavy defeat in the first game three weeks ago at Weetwood, ensuring the city’s first ‘Origin’ series in eight years for Under 16s finished all square with one win apiece.

More important than any scoreline was the opportunity for 35 of the city’s most talented teenage rugby league players to showcase their skills and enjoy an incredible occasion playing on the iconic Headingley pitch, just reward for all the hard work they have put into the programme during the past six weeks.

It was certainly an afternoon to remember for Thornhill Trojans fullback Oscar Rushforth, who was unfortunate to come away on the losing side despite scoring a hat-trick of tries for the South in a standout performance.

His first half double came either side of a try from North captain James Surtees (Shaw Cross), before Calvin Camish extended the South’s lead by flying onto a reverse pass under the sticks, which his Oulton Raiders teammate Jacob Griffen duly converted to make it 14-6.

However the tide turned right on the stroke of half time, as Stanningley’s Ben Brock won the race for North to touch down a beautifully weighted kick from Keiron Lowry. The successful conversation by Milford’s Rhys Gath had the South clinging onto a 14-12 at the interval.

But having seized some real momentum before the break, the North came out in the second half all guns blazing and quickly established their first lead of the contest as Brock notched his second try by finishing off a flowing move down the left channel.

Now behind on the scoreboard, the South were dealt a huge blow when two of their middles clashed heads whilst attempting a tackle and were forced to withdraw from the contest. When the match restarted following a lengthy delay, the North began to run away with proceedings as Sam Wild (Keighley Albion) and Mason-Lee Briant (Drighlington) darted over in consecutive sets, goals being added by Stanningley’s Jack Burn and Lowry, a product of the Farnley Falcons club.

Things were to get even worse for the South when one of their players was shown a red card by the referee for an off-the-ball incident, but to their credit they kept battling away and finally registered a response through Rushforth who showed a great turn of pace to complete his hat-trick with a try in the corner, superbly converted by Griffen.

The match was effectively settled as a contest when Guiseley Rangers youngster Josh Wilson touched down to put the North 32-20 ahead two minutes from time, but there was still time for one of the South’s brightest prospects Taylor Stephenson (Oulton Raiders) to show why he has earned the chance to sign with the Leeds Rhinos Academy by collecting an offload and sidestepping his way over the line.

Stephenson will be hoping to score plenty more tries at Headingley in Blue and Amber as he now attempts to emulate the same rise to prominence enjoyed by Jack Broadbent and Muizz Mustapha, who both featured in the previous Leeds Origin series held back in 2014.

With this year’s series ending in a stalemate, the captains of both teams were invited to collect the trophy from representatives of the Garry Chappelow Memorial Fund, whose kind donation of the kits supplemented the fantastic efforts of the Foundation staff, community coaches and all the players involved to help make the return of North vs South such a resounding success.

Click HERE to view a full gallery of images from Sunday’s North vs South clash at Headingley Stadium, with special thanks to Paul Butterfield.

You can also relive the action again with a full match replay courtesy of DS Sport, which can be found below: 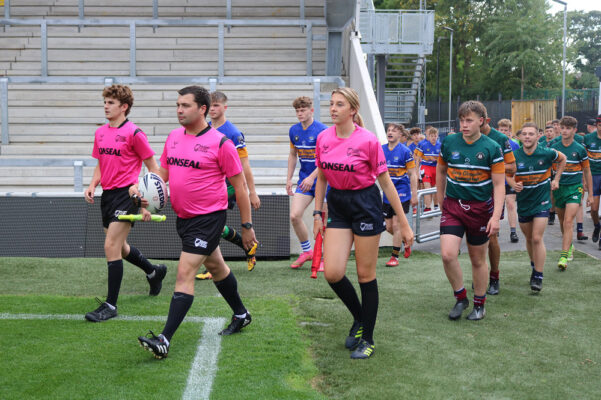 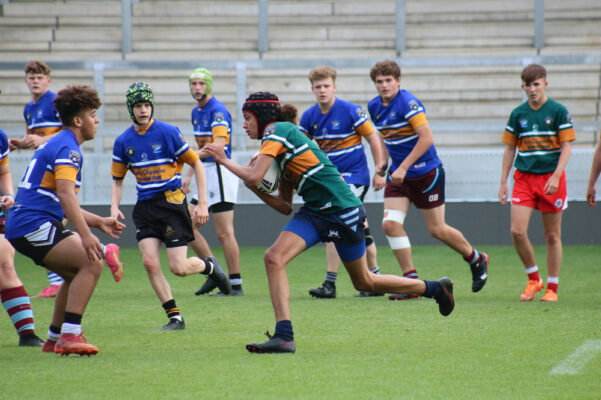 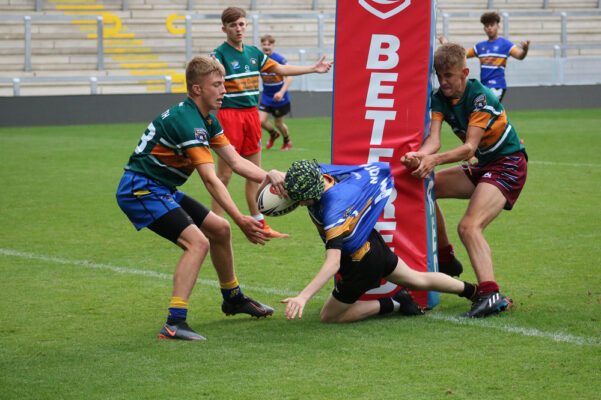 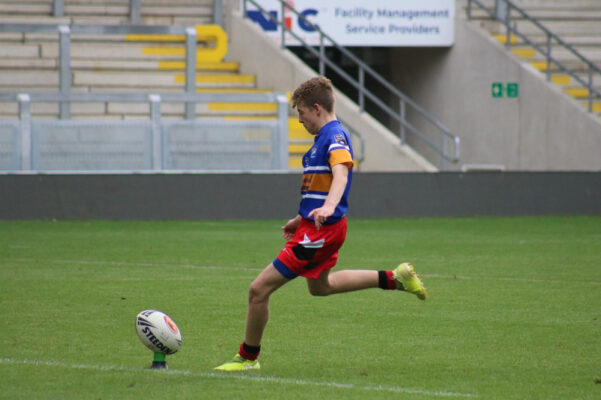 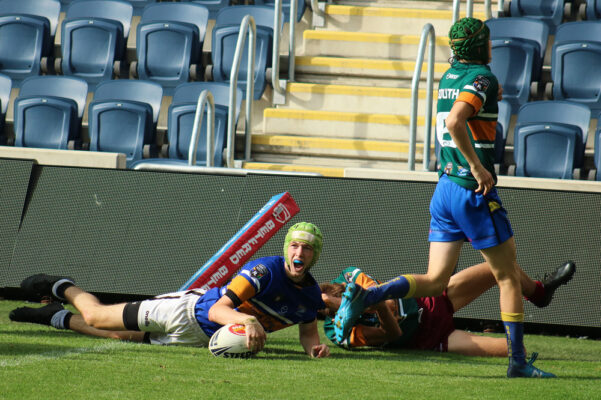 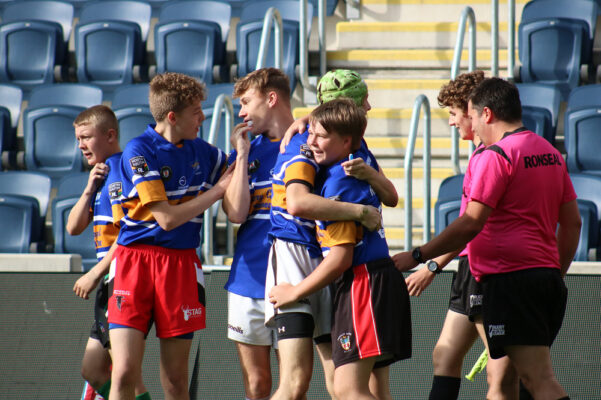 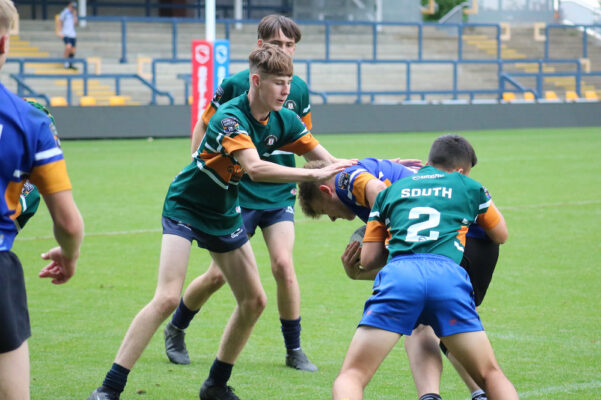 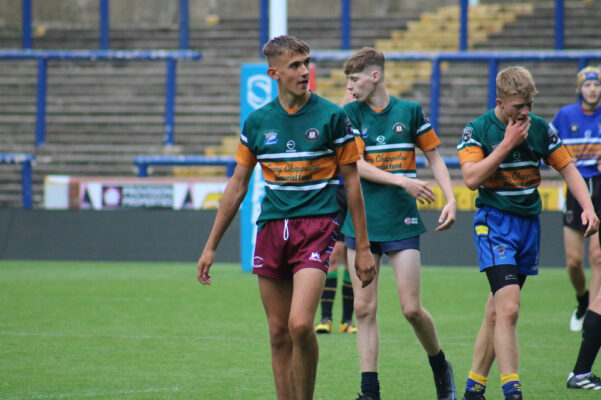 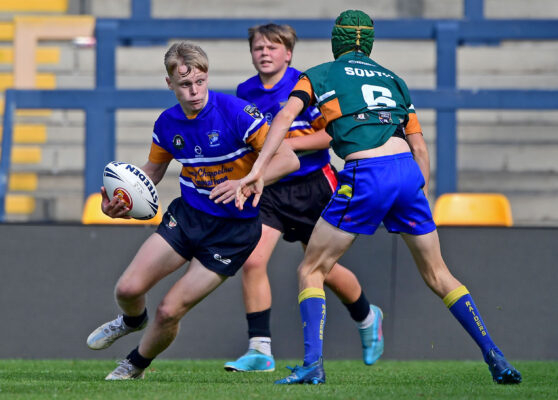 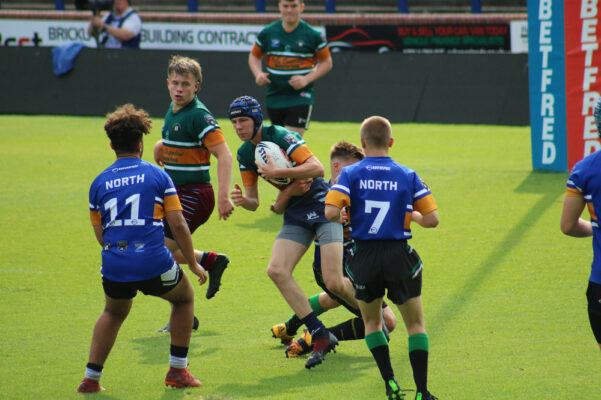 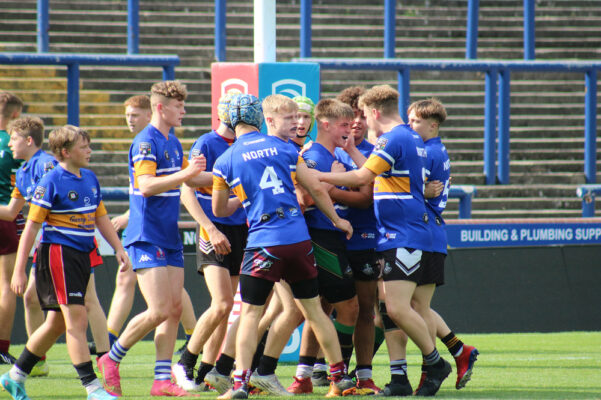 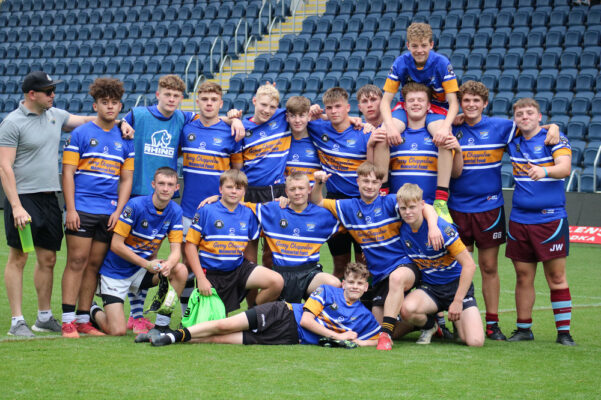 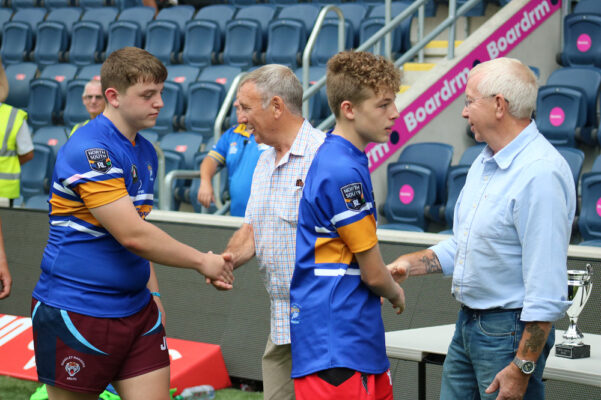 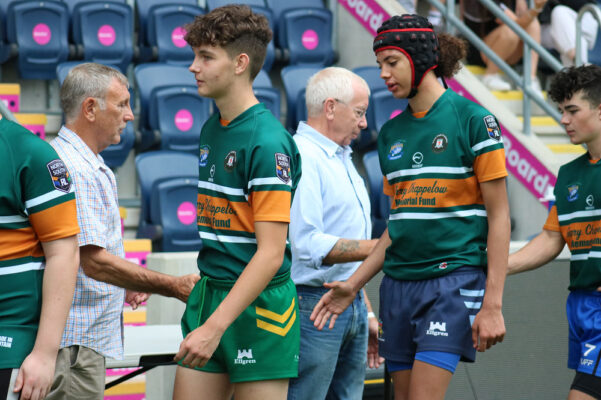 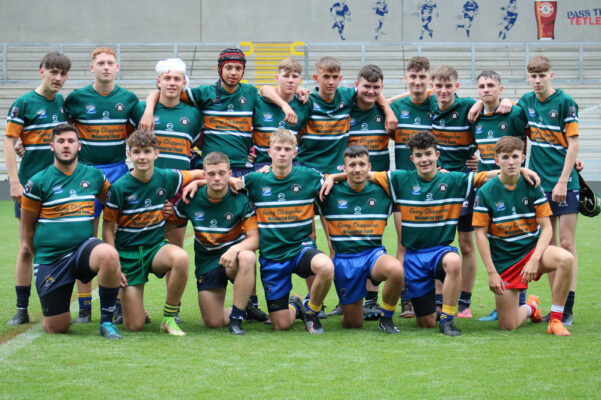 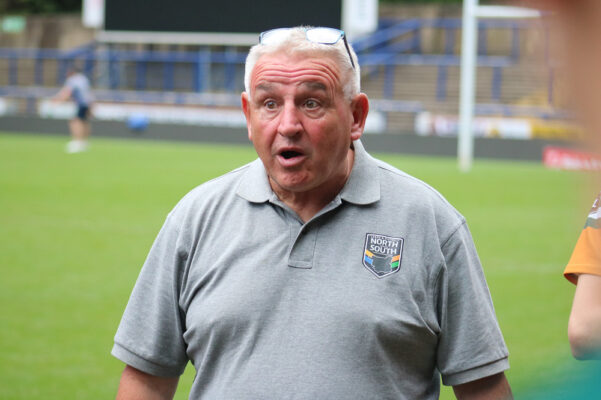