After a fantastic four days packed full of sports-based activities and games, the 80 children who attended our Summer Camp at Temple Moor High School were given a special surprise on Thursday when Leeds Rhinos Men’s players Tom Holroyd and Oli Field called in to say hello.

The pair were given a big cheer by the children as they came through the door and were quickly thrust into the action as they joined in with their dodgeball competition alongside Ronnie the Rhino, who also paid a visit to help bring smiles to the faces of the youngsters on their final day of camp.

It was one of five different activity camps hosted by Leeds Rhinos Foundation this week, as the charity’s biggest ever programme of summer provision continued with a collection of multi-sports, rugby and drama camps taking place across Leeds and overseas in Germany, where coaches have travelled to lay on four days of fun activities for the children of military families currently living over there.

With both indoor and outdoor facilities on offer at Temple Moor, attendees were able to enjoy an action-packed week featuring a whole host of multi-sports, including football, cricket, rounders, hockey and even some Commando’s Joes Missions to develop communication and teamwork skills. 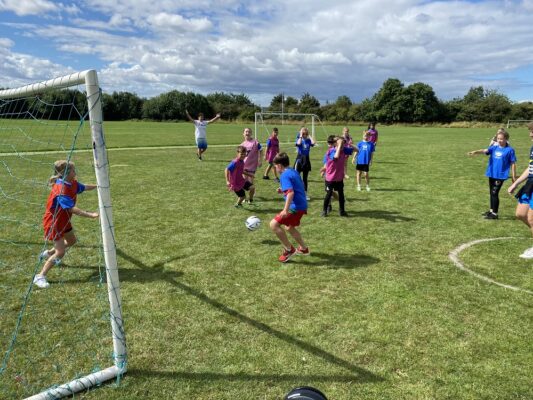 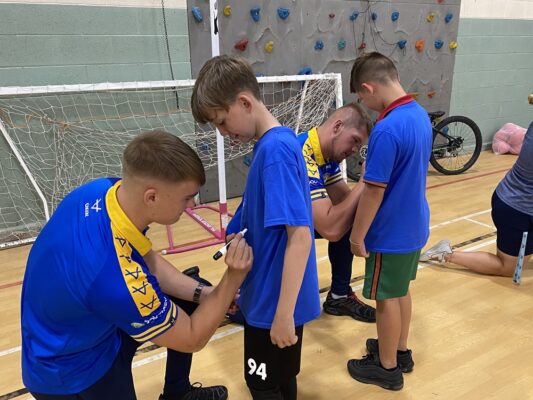 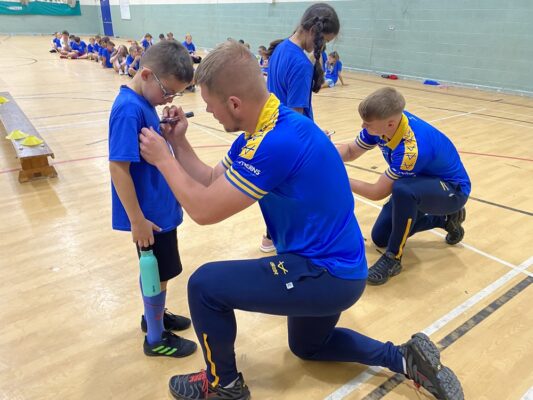 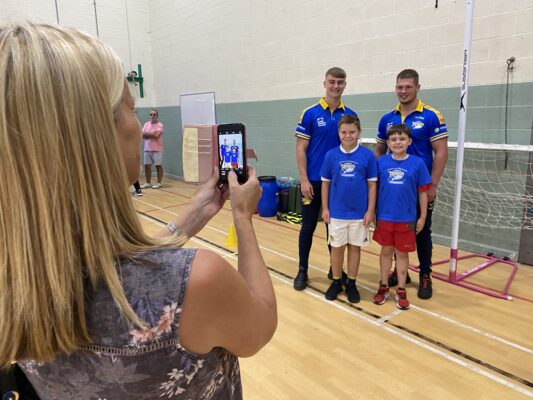 There was still time for Tom and Oli to round off the camp by taking part a big signing session along with Rhinos Women’s team stars Alex Barnes and Chloe Kerrigan, who had been part of the coaching team from Leeds Rhinos Foundation helping to run the activities throughout the week.

Teenage forward Field was a regular visitor himself to some of Leeds Rhinos Foundation’s Summer Camps and said it was great to go back now as a first team player and provide a memorable experience for the kids.

He said: “It’s brought back some great memories coming down to Temple Moor this afternoon and you can see that everybody is having a great time whilst they’re here.

“I loved going to the Rhinos Camps during the school holidays and I’ve still got some of the t-shirts at home from when I used to attend. It’s really important that children manage to stay active during the school holidays and don’t just sit cooped up at home playing on their consoles, so as players we need to be out there getting involved making it extra special and to see so many youngsters down here enjoying themselves is great.

“They’re all going home with smiles on their faces which is what it’s all about, but that’s not just by us visiting to sign autographs and take photos, it’s also about the activities and experiences that the Foundation are putting on for them which has given them such an enjoyable experience.”