With the summer holidays now in full swing, Leeds Rhinos Foundation have kicked off their eagerly anticipated series of Summer Activity Camps, both at home and over in North-West Germany with the children of British Forces!

Places were snapped up in record time this year, leading to all 18 camps taking place in Leeds reaching full capacity, with more than 1,500 children from across the local area set to attend over the course of the next six weeks.

This busy programme of Summer Camps got underway last week at Moortown RUFC, with 75 youngsters enjoying four action-packed days of multi-sports activities, ranging from rugby and football to cricket and dodgeball, as well as many more fun team games and challenges.

There was also a special guest on the final day, with the one and only Ronnie the Rhino proving to be a very popular visitor as he got up to his usual antics and helped present the children with their official camp t-shirts, which will be given out to attendees on all 12 Multi-Sports Camps taking place in venues across the city.

He will be joined on his visits this Summer by a number of players from the Leeds Rhinos Men’s and Women’s first teams, who will also be dropping in at the Camps to meet the children, sign autographs, take selfies and provide a memorable experience for their young fans.

In addition to the traditional multi-sports offer, the Foundation are also running a series of Drama Camps for the second successive year, helping to banish the holiday boredom for those children with a keen interest in the performing arts.

This vital provision for local families throughout the holidays has been made possible by the generosity of local councillors funding camps in their local area- with thanks going to the Alwoodley and Wetherby Councillors, as well as the Outer North West, Outer West and Outer East Community Committees for their continued support.

Gareth Cook, Head of Community and Engagement for Leeds Rhinos Foundation, said: “We are absolutely delighted with the number of camps we are offering this year throughout the city, and I would like to pay tribute to the local ward councillors for supporting our summer initiatives, supporting many families and providing young people with a Summer to remember.

“This year we’re reaching higher numbers than ever before as 1,500 children will attend our camps, each for four days filled with fun and engaging activities in a safe and supportive environment to keep them active and engaged outside of the classroom.

“We once again are proud to be running three Drama Camps alongside all our multi-sports ones, showcasing the breadth of Foundation activity and providing opportunities across a range of interests.”

It’s not just at home where the action is taking place, as Leeds Rhinos Foundation have also returned to the Westfalen Garrison in Paderborn this week to continue our legacy of delivering Rugby, Dance and Multi-Sports sessions for military children based in the region.

The five-day camp is being delivered by Disability Officer Ed Bates and Schools Officer Luke Richardson to children based at the garrison from a Forces background whose parents are currently serving abroad, offering first-class coaching and plenty of fun activities for them to enjoy during the school holidays.

This partnership was first launched in 2014, and has built on the success of the Multi-Sports, Drama and Rugby camps held in Leeds during the summer break. 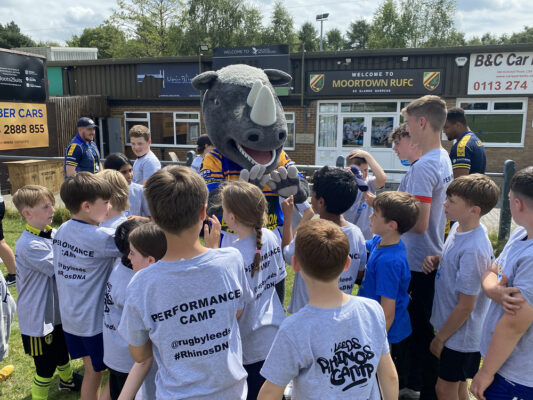 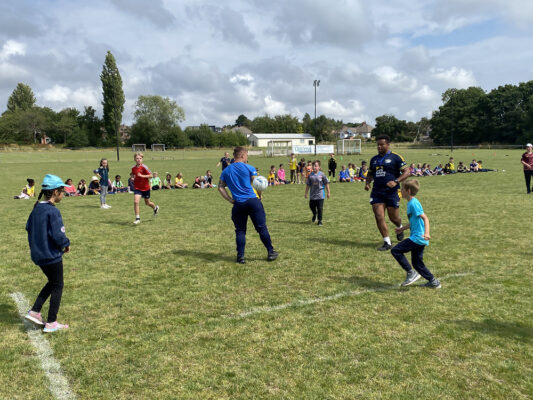 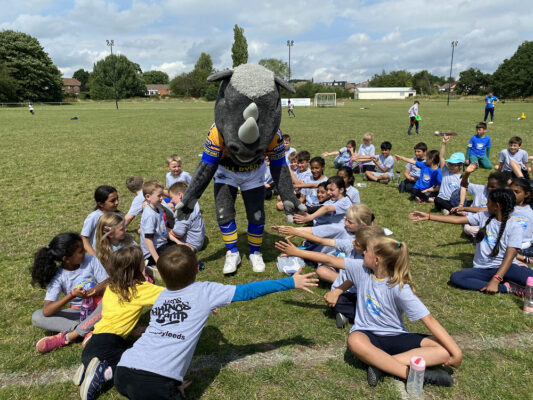 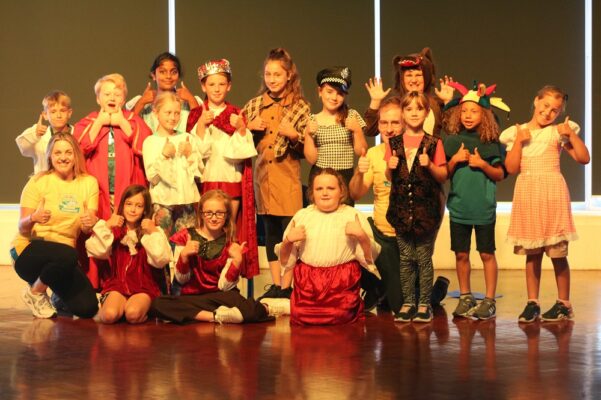