The PDRL World Cup showcase schedule has now been confirmed following a draw which took place live on Channel 4’s ‘The Last Leg’ on Friday evening.

Presenters Alex Brooker and Josh Widdicombe, along with celebrity guest Rylan and Jess Phillips MP, took on tackle bags to determine which teams would face off in the group stages.

As a player in the tournament itself, RLWC2021 Ambassador Adam Hills was excluded from the draw, and having stated earlier in that evening his intention to represent Australia, he was met with friendly jeering from the audience.

First to take on the challenge was Jess Phillips, who’s tentative tackle took down Australia, putting them as ‘Team A’ in the draw. Next up was Alex Brooker, who turned out for Leeds Rhinos in the first ever PDRL game in England and was lucky enough to hit the home nation’s bag to decide the first match fixture. Fellow co-presenter Josh Widdicombe tackled down Wales, and Rylan went all-in on his effort, crashing into New Zealand to confirm the draws.

Adam Hills said: “Choosing between England and Australia was really tough. I literally have a foot in both camps. In the end I had to follow my heart and play for the country of my birth. Breaking the news to the England coach Shaun Briscoe (who is also one of my best mates) was like breaking up with a partner. I told him “it’s not you, it’s me” and I hope we can still be friends.

“Seriously though, being able to do the draw on The Last Leg was a genuine honour, and I can’t thank Jess Phillips, Rylan, Alex and Josh enough for getting into the spirit of it. I’m so excited to play in the PDRL World Cup and I’m so grateful to RLWC2021 for placing so much emphasis on making the tournament inclusive. They’ve given me and my teammates an incredible platform with which to help grow the great sport of Rugby League.”

Shaun Briscoe, England PDRL Head Coach said: “It was a pleasure to be involved in the draw for the PDRL World Cup showcase event live on TV tonight, and to start the building of momentum in such a high-profile way ahead of kick-off on 23 October.

“It’s a shame Hillsy has decided to play for Australia, but we are looking forward to taking them on in the opening game and roughing him up a bit. Joking aside, the team and I are really excited to be playing in this tournament. Australia, New Zealand and Wales are really strong competitors so it will make for some thrilling games, and we are looking forward to getting stuck into our preparations.”

England, Wales, Australia and New Zealand are set to battle it out in the first PDRL World Cup from 23-30 October in Warrington, with several stars from Leeds Rhinos Foundation’s PDRL team set to take part in a groundbreaking showcase of Disability Rugby League.

This runs alongside the RLWC2021 tournament, which will see the Men’s, Women’s and Wheelchair events take place simultaneously it what is going to be the biggest, best and most inclusive Rugby League World Cup in history.

All PDRL World Cup group stage fixtures will be played at Victoria Park with free entry, whilst the final will act as a curtain raiser for the Samoa vs France fixture at Warrington Wolves’ Halliwell Jones Stadium on Sunday 30th October with tickets still available to watch both fixtures back-to-back.

Don’t miss your chance to be a part of this groundbreaking tournament, buy tickets at RLWC2021.com/tickets 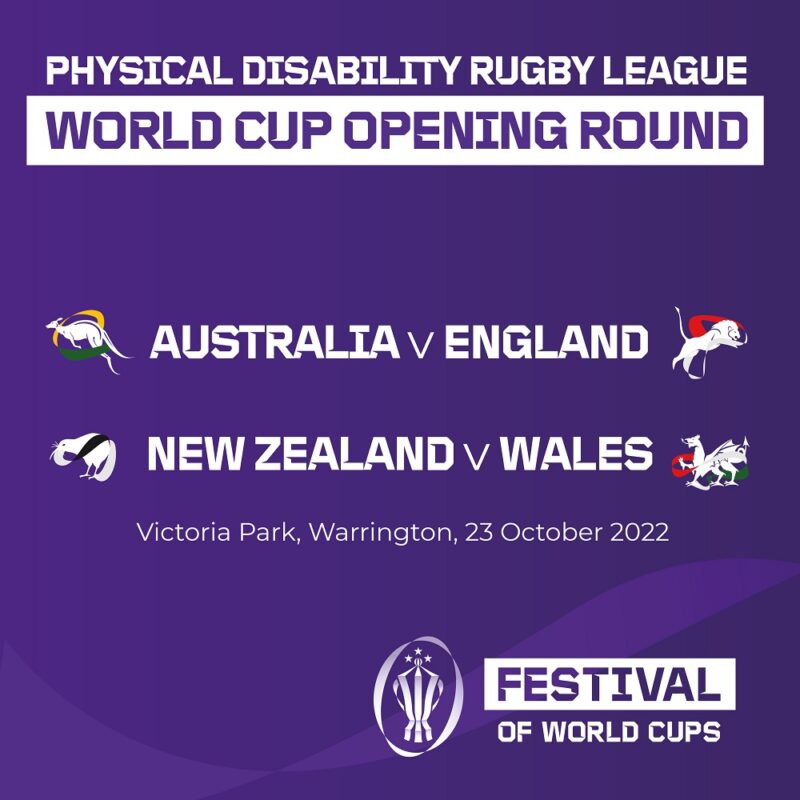 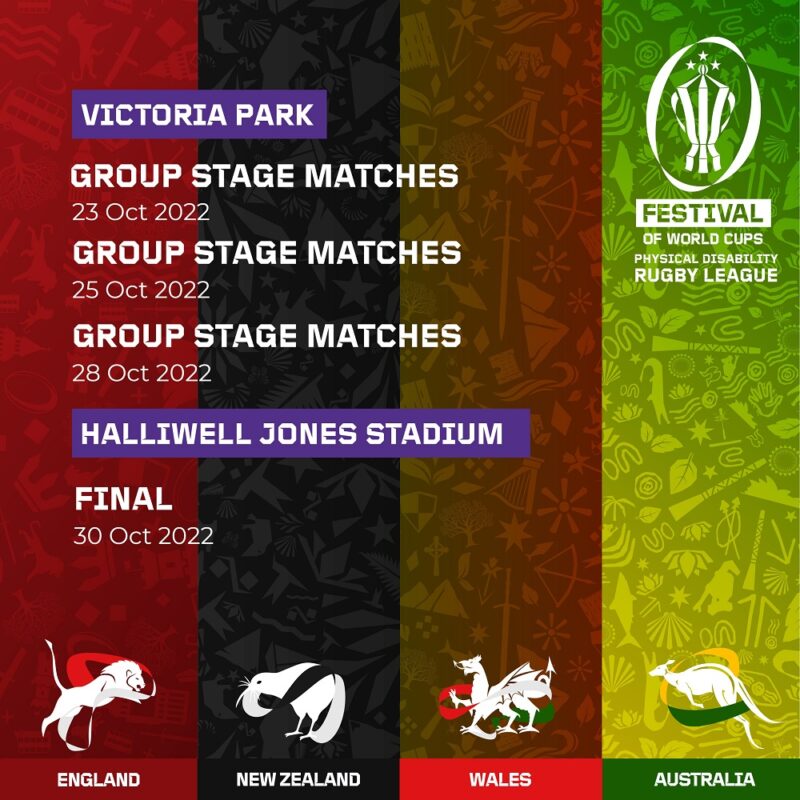