Leeds Rhinos Foundation were delighted to welcome over 120 coaches, players and parents to the Lewis Jones Suite at Headingley Stadium to celebrate their efforts on this year’s North vs South Player Development Series with a special Presentation Evening.

It was the first time that the charity have staged this representative game in eight years, which honours an age-old rivalry between teams from North and South of the River Aire dating back to the early 20th century when Leeds RLFC and Hunslet RLFC would do battle in famed matches which helped forge the city’s rugby league heritage.

Two games were played this Summer showcasing some of the city’s brightest young talent, with South securing a comfortable victory in the first clash at Weetwood Sports Park before North levelled up the series to share bragging rights with a superb 32-26 comeback win in the second match at Headingley Stadium last month (CLICK HERE to view highlights of that game).

To mark their participation in this summer’s ‘Origin’ series, each player and coach was presented with the City’s colours for rugby league- Blue and Amber for North Leeds and the Myrtle and Flame of South Leeds- in a special emblazoned plaque which were handed out by Rhinos Academy boss Chev Walker and current Hunslet RLFC player Jimmy Watson, two great models for the class of 2022 who started out in the community game in Leeds and went on to play professionally.

Rounding off a memorable evening for those in attendance was a surprise visit from Jamie Jones-Buchanan, with the Rhinos icon leading an inspiring talk on the importance of juniors playing for the love of the game and the lifetime opportunities it can provide, as well as touching on his own personal experiences with representative rugby and why it is so important for the Foundation to help restore this rivalry through development fixtures.

Thanks were also given by Community Clubs Development Officer Sam Horner to representatives of the Garry Chappelow Memorial Fund, whose kind donation of the kits supplemented the fantastic efforts of the Foundation staff, community coaches and all the players involved to help make the return of North vs South such a resounding success.

Plans are now in place to establish the North vs South programme as an annual fixture on the city’s rugby league calendar as part of the Rhinos Talent Pathway, expanding it across different age groups and giving more aspiring young players the opportunity to represent their city and play on its biggest stages. 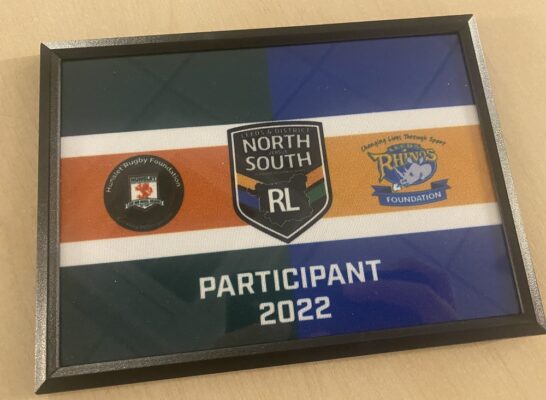 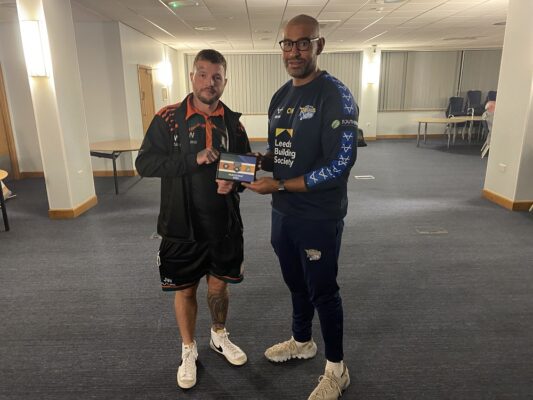 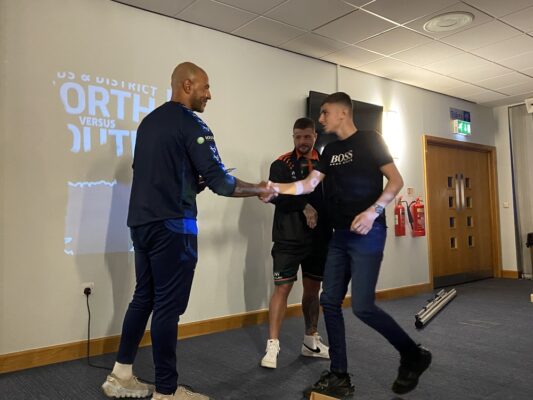 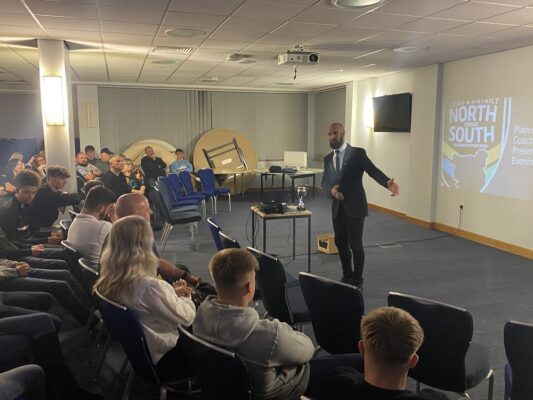