Sky Try has driven fantastic results in recent years, engaging 150,000 children in the last 12 months alone, with new clubs and rising starlets being supported to create community hubs, improve the grassroots game and cultivate the stars of the future.

Through vital funding from the RFL’s Sky Try programme, Leeds Rhinos Foundation has been enabled to offer expert coaching to a range of local Leeds-based clubs and schools.

For Farnley Falcons, the Foundation’s community investment has increased local participation tremendously, engaging 1,441 children in 2019 alone – many times that have had a chance to try rugby league over the five years relationship between the school and foundation. Annual training camps for primary level pupils at five local schools, including training session and assemblies are driving the majority of Farnley’s recruitment drive.

The club has become a cornerstone of its community in recent years, adding a new age group to its ranks each year since 2015. The club now offers coaching and a sense of community to 268 children across U7s, U8s, U9s, U10s and U11s in one of Leeds’ most underinvested areas.

Sky Try-funded Leeds Rhinos Foundation taster sessions in local schools have provided Farnley Falcons with a raft of new players each year to help build the next generation team. The sustained annual injection of new enthusiastic talent is key to the club’s growth, having first been established to cater for children who wanted to play regularly after Sky Try sessions.

Thomas Stainland, the club’s chairman, said: “We’re proud to be a product of this fantastic programme; Sky Try is not only working with Leeds Rhinos Foundation, it is engaging and funding clubs’ foundations across the north and further afield – our existence demonstrates the impact of the programme.

“I love what this club has become, encouraging more young people to get on board and engage with local community rugby can only be a good thing. Our growth has been supported throughout, both player retention and new recruits have both been supported.

“The Sky Try taster sessions are essential in helping to introduce new players to Leeds Rhinos Foundation’s Ambassador clubs, like ourselves.” 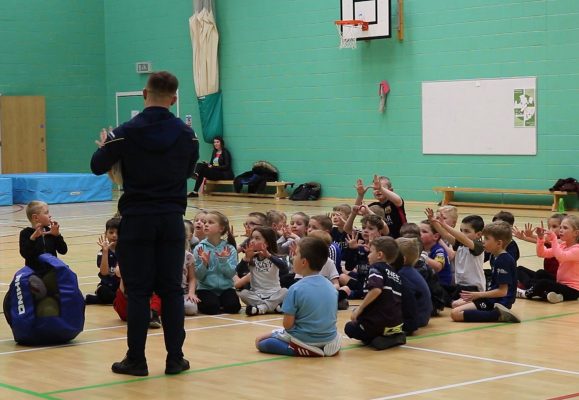 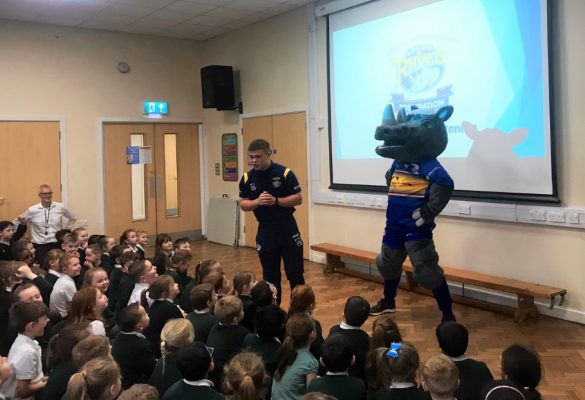 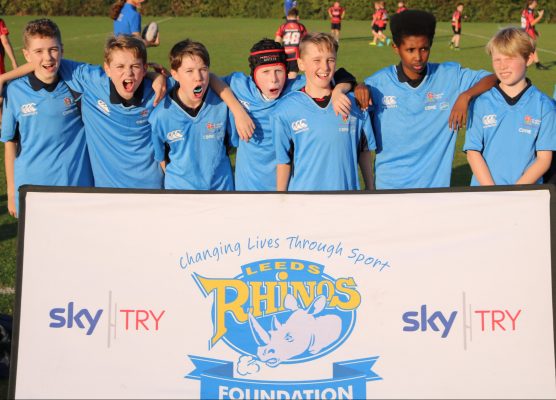 Sky Try is the biggest ever programme of rugby league opportunities, supporting club foundations across the country. In 2019, the programme engaged a record 150,000 children and young people with top-class rugby league coaching – with the initiative is set to exceed its lofty target of 700,000 participants by July 2021.

The development and continuation of successful clubs such as Farnley Falcons is key to cultivating new individual talent. Keira Gittens is a prime example of how the increased opportunities offered in Leeds have helped give young players a platform to succeed in sport.

She has since gone on to recently helped to guide her school to the Year 8 Girls Champion Schools final where she was awarded Player of the Match.

Keira was first introduced to rugby league at primary school, during a six-week Sky Try programme led by Leeds Rhinos Foundation. Keira has since continued to take part in Sky Try’s rugby league development programme at her secondary school.

Continuous support throughout Keira’s early rugby league journey demonstrates the effects of Sky Try on an individual level and its fulfilled commitment to supporting young, aspiring talent. Providing the largest programme for rugby league opportunity, Sky Try is inspiring young people not only to get involved with local community rugby, but sport more widely – teaching these individuals principles of teamwork, commitment and determination, valuable life-long lessons.

The power of Sky Try has helped clubs retain young players and continue to grow their books, the sustained support is helping the club develop deep roots and the resulting community feel-good factor is palpable.

Sky Try Manager, Thomas Brindle said: “This initiative is all about inspiring young people to get involved in rugby league and sport more widely. Sport teaches young people how to conduct themselves around others, teamwork and ultimately what can be achieved when they work hard and persevere.”