Leeds Rhinos Foundation is delighted to announce a new partnership with The University of Leeds Rugby League Club ahead of the 2019-20 BUCS season.

The two organisations will work collaboratively in an effort to increase participation and improve the standards of University Rugby League in the city, supporting the aims of Leeds Rhinos Foundation’s Rugby League Development Plan with Mears Group.

The partnership will see the University side, who finished 4th in the BUCS Premier North division last season, receive extra coaching support, alongside use of the Rhinos’ world-class training facilities at Leeds Rugby Academy in Kirkstall.

Ian Hardman, Rugby League Development Co-ordinator for Leeds Rhinos Foundation, said: “We’re delighted to announce this partnership with the University of Leeds, who we hope can benefit from the wealth of knowledge that our coaches will provide and being able to use our fantastic facilities.

“I was actually a coach at the University myself a couple of years ago and it’s a fantastic club with great history and tradition. Between Brett and Joe they will be receiving support from two top coaches who have played the game at a high level and can use their experience to help the players grow and develop both on and off the field.

“Throughout the whole Rugby League Development Plan we’re looking to improve standards and increase participation at every level; from grassroots to University or College Rugby and then up to our Ambassador community clubs in the amateur game. This is a really positive move and we’re looking forward to seeing the partnership kick on over the next few years.”

Established in 1967 The University of Leeds are the first officially recognised rugby league club in any UK university, welcoming players of all ages and abilities to get involved with the sport.

Ben Stevens, Club Captain at The University of Leeds Rugby League Club, added: “First of all, we’d like to say a huge thank you to Leeds Rhinos Foundation for showing their support and agreeing to this ground-breaking partnership, which we are extremely excited about.

“We’ve got two fantastic coaches in Brett and Joe coming on board and the facilities at Kirkstall are second to none, so I hope this will be something that doesn’t just benefit our club, but University Rugby League as a whole.

“It’s been difficult during the past couple of years because the facilities and resources we had were probably not as good as we’d have liked, but we’re the highest ranked team at the University in terms of men’s sport so we want to be playing and training in these top facilities and giving back to our players. So to now have an opportunity like this, working in partnership with Leeds Rhinos Foundation, is absolutely amazing and a great boost for our club.” 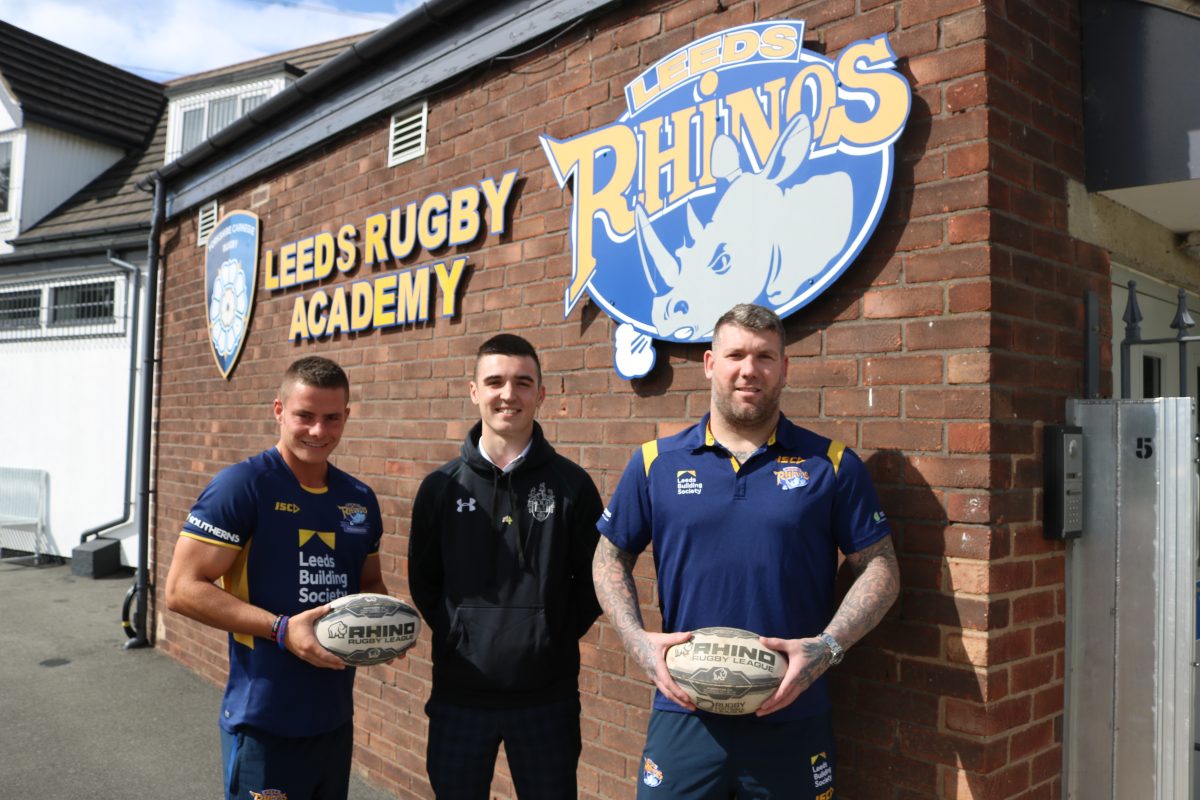