Leeds Rhinos Foundation has launched its 2019 Grand Raffle Draw, which will once again be giving people the chance to win a Hot Tub from Jacuzzi®.

The Grand Raffle Draw was officially launched by Rhinos stars Konrad Hurrell and Stevie Ward when they visited the city’s Outdoor Living Showroom on Saturday.

Jacuzzi®, the global leader and manufacturer of Hot Tubs and hydro massage products, are an Associate partner of Leeds Rhinos and for the second-year running will be providing the top prize for the raffle, which helps to raise money for Leeds Rhinos Foundation.

Darren Jowett, Store Manager at Outdoor Living, said: “We’re delighted to donate one of our J235 Hot Tubs for the Grand Raffle Draw, which is one of our best-selling products and ticks all the boxes, because it’s a great family fun tub but also perfect for adults looking for something to relax or entertain with.”

“Working with Leeds Rhinos Foundation to support their Grand Raffle Draw is important for us, as the charity do some fantastic things in the city.

“The family-orientated values of rugby league and its supporters are very much reciprocated by Jacuzzi® and this partnership gives us a great platform to show that we’re out there with a range of products that the entire family can enjoy.” 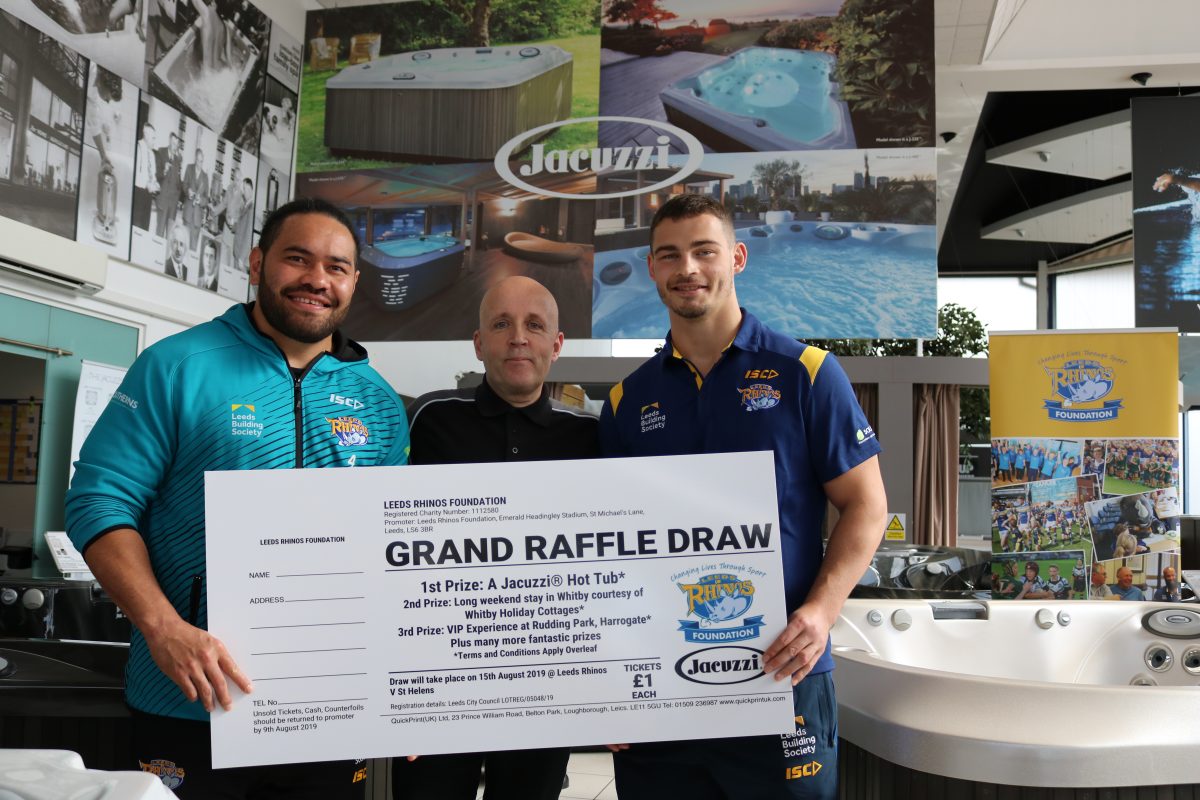 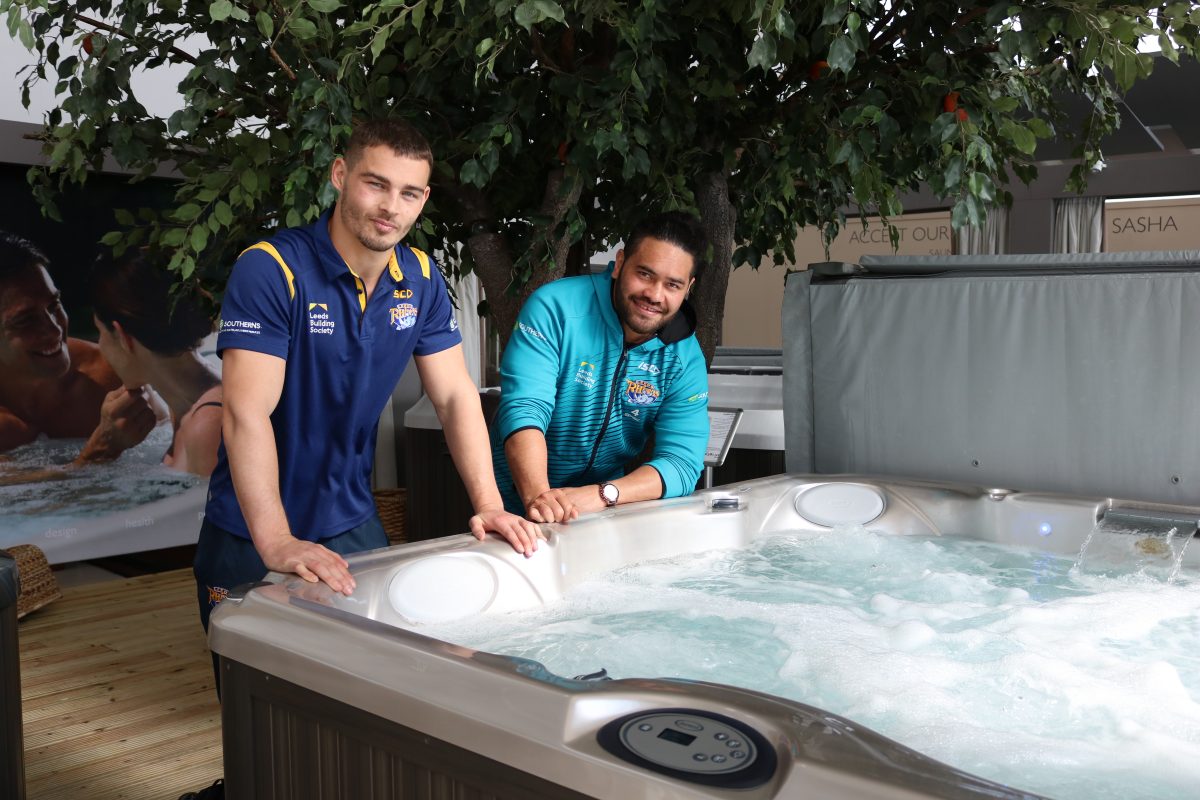 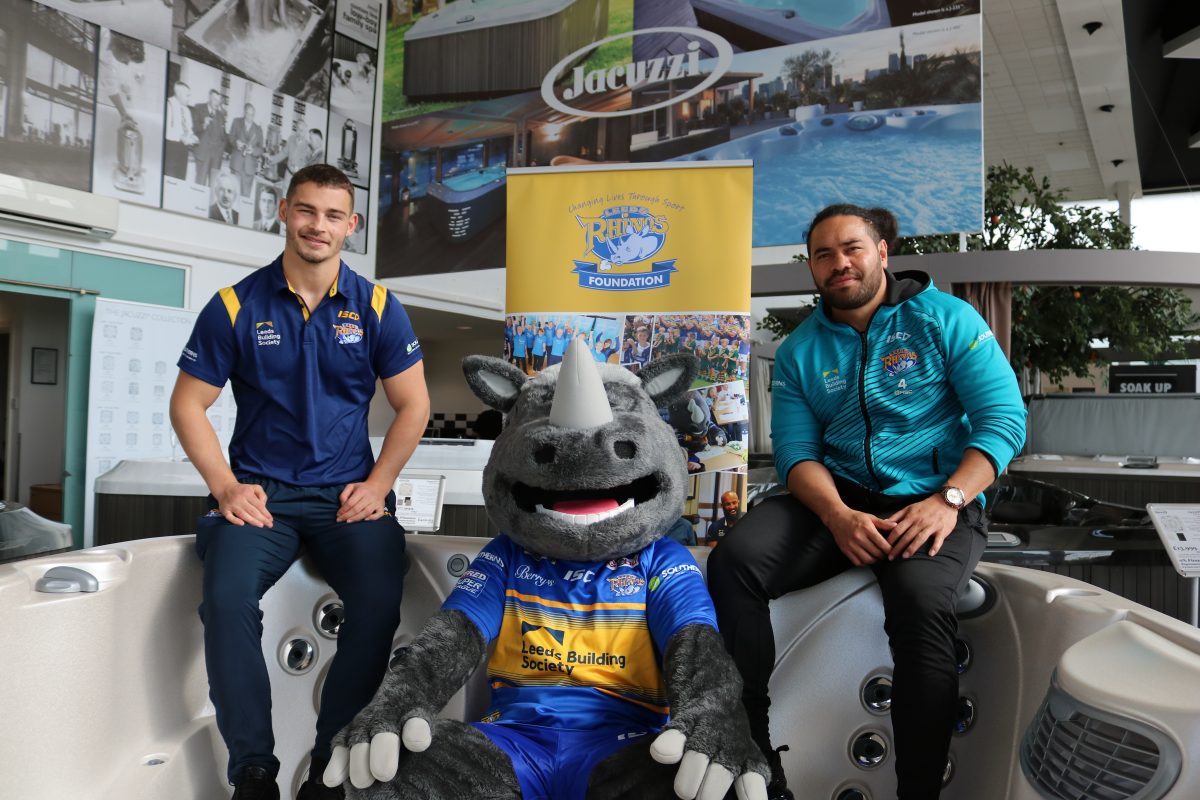 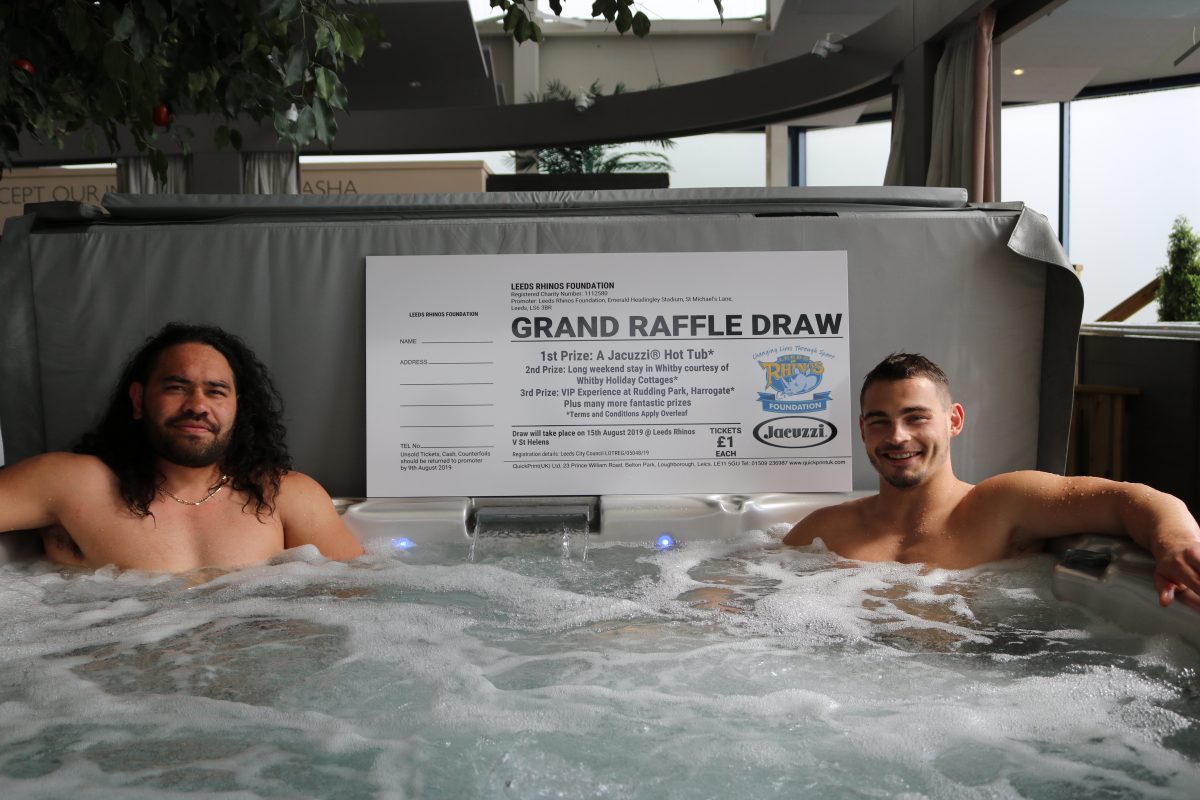 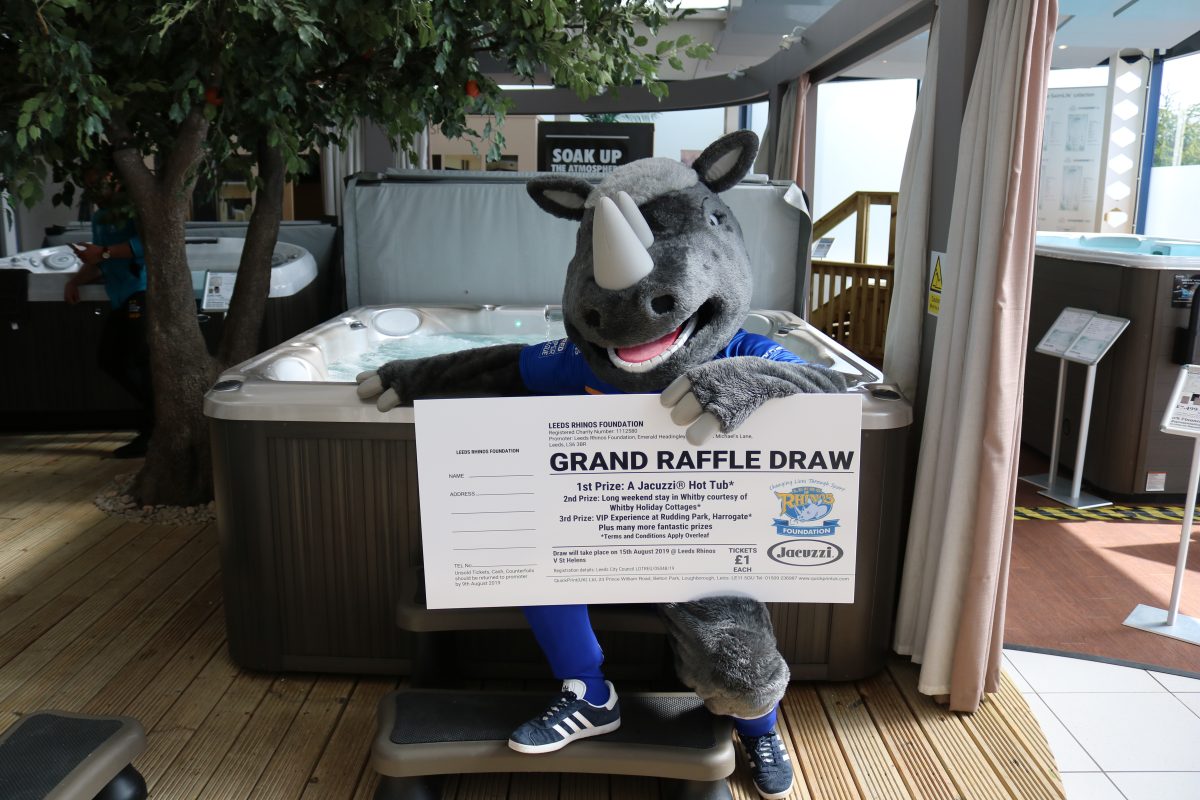 As well as a Jacuzzi® Hot Tub, this year’s Grand Raffle Draw will be also giving away a weekend stay for two in Whitby, courtesy of Whitby Holiday Cottages, and a VIP Experience at the luxurious Rudding Park Hotel & Spa in Harrogate.

Raising almost £10,000 last year, the Grand Raffle Draw helps to fund Leeds Rhinos Foundation’s many community projects across Leeds, as the charity continues to connect communities and change lives through sport. Tickets cost just £1 and are on sale now in the Leeds Rhinos club store.

Oliver Hutchinson, Charity Events Co-ordinator at Leeds Rhinos Foundation, said: “The community really got behind the Grand Raffle Draw last year and we’re hoping to enjoy even more success this time around.”

“Buying your draw tickets means that not only are you helping to raise funds for a worthy local cause, but you’re also in with the chance to win some fantastic prizes.”

Supporters can buy their tickets at the Leeds Rhinos v Wigan Warriors fixture on Friday 14th June, with more events offering ticket sales set to be announced in due course.

The winners of the Grand Raffle Draw will then be announced during half time of the Rhinos’ home game with St Helens on Thursday 15th August.

Leeds Rhinos Foundation are offering the public the chance to sell tickets, with some fantastic fundraising incentives to be announced shortly. If you would like to register your interest to sell tickets on our behalf, please contact oliver.hutchinson@leedsrhinosfoundation.org.