The games were all played in great spirit and celebrated the inclusive, non-competitive nature of the sport, which is helping to give more people the chance to represent their club by playing an adapted version of rugby league. 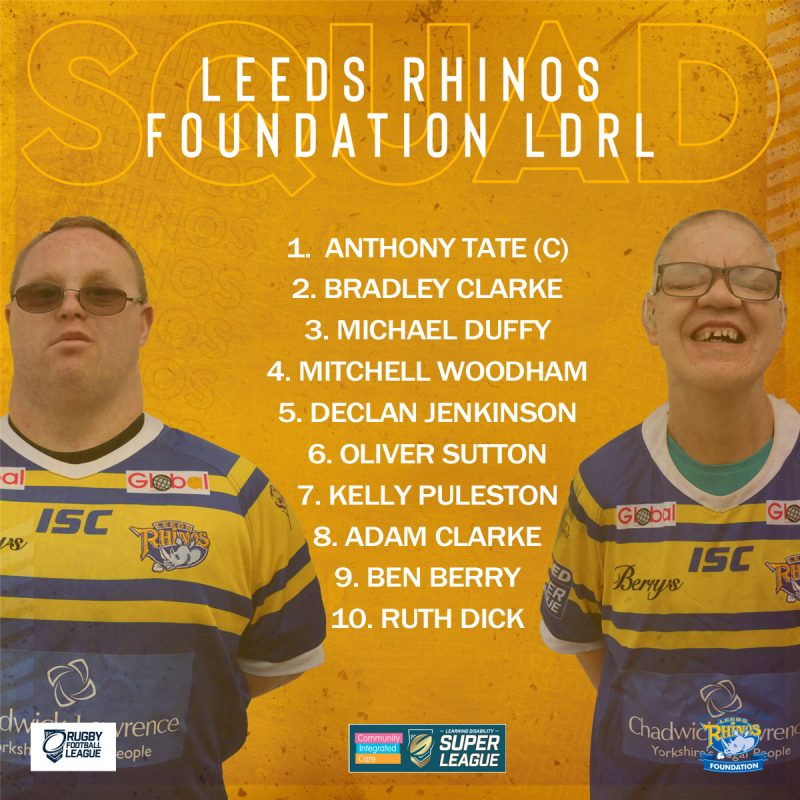 Several players also made their LD Super League debuts for the Rhinos, as the side- who were led once again by co-captains Declan Jenkinson and Richard Tate- put in a number of impressive performances and showed off their skills in front of hundreds of rugby league fans.

Jenkinson said: “I enjoyed every bit of the festival, but it was great to see us connecting as one and showing great sportsmanship. We show that we have the capabilities to play rugby and the passion and drive to match.

“The highlight of the day for me would be when was playing against St Helens and was attempting to score a try so I ended up taking a leap of faith and jumped over the players arms to score the try.

“I was really happy and most importantly thrilled to know how far we’ve all come.”

Ben Berry, LDRL Team Manager, commented: “We had a great afternoon and everybody played well, both from the Rhinos and all of the other LD Super League teams in attendance.

“It was great to see so much improvement within our team, with a true feeling of togetherness amongst the players. This was another fantastic experience for all involved!”

Training sessions take place on Friday afternoons at Leeds Rugby Academy in Kirkstall and are free to attend. For more information, contact ben.berry@leedsrhinosfoundation.org.