Leeds Rhinos Head Coach Rohan Smith has pledged his support to the club’s official charity by signing up to take on the Run For All Leeds 10k on Sunday 3rd July in the Run With The Rhinos team.

The Australian, who took over the reigns back in April after joining from Australian side Norths Devils, will be taking on the 10k alongside dozens of Rhinos supporters, legends and staff members in order to raise vital funds for Leeds Rhinos Foundation and Leeds Hospital Charity’s Rob Burrow Centre for MND (Motor Neurone Disease) appeal.

Rohan was presented with his Run With The Rhinos race shirt at training this week, which has been kindly produced by the Rhinos’ official technical kit suppliers Oxen Sports.

It features a striking purple and yellow colourway and a unique ‘DNA’ pattern across the body. Both the logos of Leeds Rhinos Foundation and Leeds Hospital Charity appear on the front, with the ‘Rob Burrow 7’ emblem proudly displayed on the reverse in recognition of the Rhinos legend’s efforts to spearhead their campaign for building a state-of-the-art MND care centre in Leeds.

It will be the first time that a current Leeds Rhinos Head Coach has ever featured in the Run With the Rhinos team, and Rohan has urged supporters to take up the challenge and join him at the race, even if it means walking the full 10k route!

“I’m pleased to be able to take part in Leeds Rhinos Foundation’s Run with the Rhinos team for such a fantastic cause. It’s been nearly 10 years since I ran my last 10k but I’m looking forward to taking on the challenge on what I’m told is a great event for the city.

“Hopefully as many people as possible can get involved with either running, walking or supporting others. The Foundation do so much great work for people throughout Leeds and it’s great to help them out in their flagship fundraising event, so I’d love fans to join me in taking part and get behind what should be a brilliant occasion.

To sign up for the Run with the Rhinos team please visit tickets.therhinos.co.uk/events

With just over two weeks until the Run For All Leeds 10k takes place, time is running to secure your place in the 2022 Run With The Rhinos team. Spaces are still available in both the running and walking teams, so even if long distance running is not for you, don’t worry you can still take part!

Entry is available for just £25 per person and includes a whole host of incentives, including an exclusive Oxen Sports ‘Run With The Rhinos’ race shirt and an invite to a post-race party attended by Rohan Smith and Leeds Rhinos legends including Jamie Jones-Buchanan.

We ask that all runners and walkers set themselves a fundraising target of £100, which can be done by linking to the team’s page at http://www.justgiving.com/campaign/RunWithTheRhinos2022.

All money raised by participants will be split between supporting the work of Leeds Rhinos Foundation in making a positive, lasting impact on people’s lives through the power the sport and Leeds Hospital Charity’s appeal to build a specialist MND (Motor Neurone Disease) Care Centre. The Rob Burrow Centre for Motor Neurone Disease in Leeds will see all MND services housed under one roof for the first time, to give people living with MND the best quality of life possible.

The deadline to sign up for the Run With The Rhinos team is midnight on Monday 27th June.

To join Rohan and be part of this year’s Run with the Rhinos team, please CLICK HERE or visit tickets.therhinos.co.uk and choose the ‘events’ tab at the top of the page. 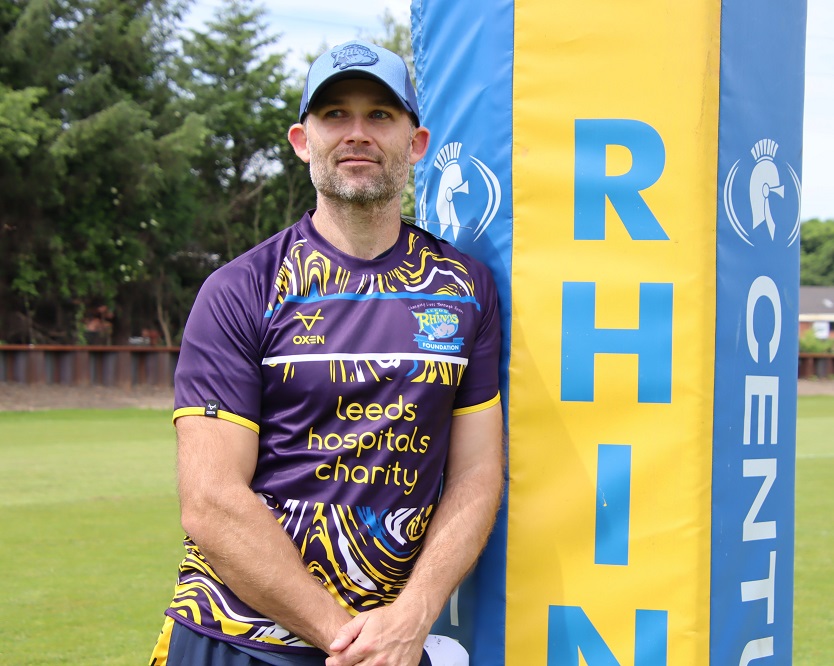 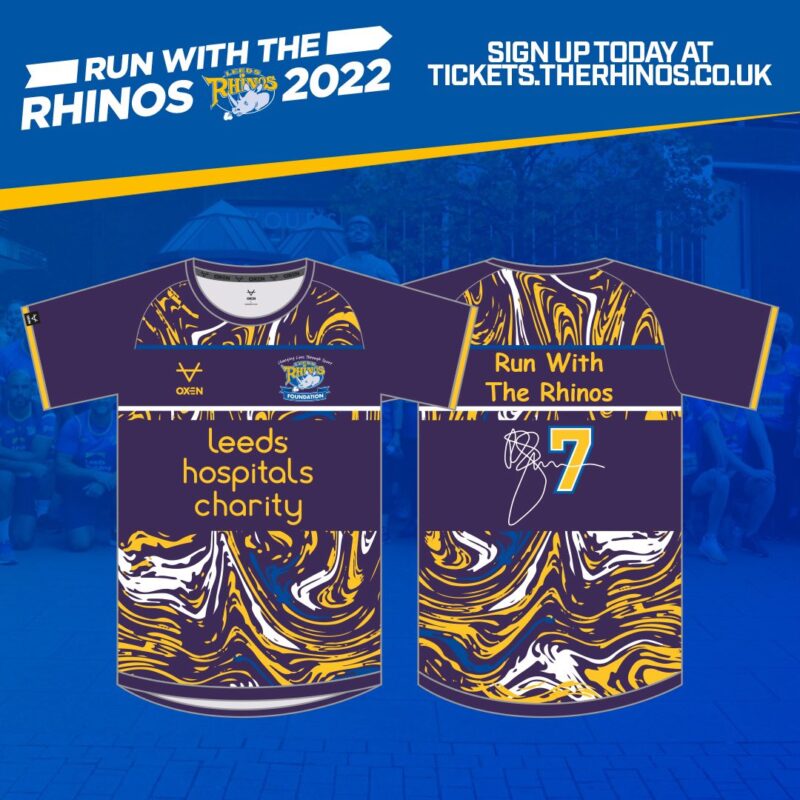