Leeds Rhinos Foundation’s Development Academy team with Leeds City College made their long-awaited return to action on Wednesday when they travelled over to the East Riding of Yorkshire to take on Hull FC’s Centre of Excellence College Development Squad.

In what was their first competitive match in over a year, the side put in a strong performance and were unfortunate to fall to a narrow 16-14 defeat against the Black and Whites, who came from behind on three separate occasions to edge a pulsating game of College Rugby League.

Due to the coronavirus pandemic, the Rhinos Development Academy teams were unable to step on the pitch throughout 2020 in what turned out to be a frustrating year for all involved with the sport.

Since restrictions have now been eased, the Development Academy, run in partnership with Leeds City College, have been working hard down upon their return to training at the Leeds Rugby Academy to prepare for an immediate return to play.

And that desire to get back to action was evident inside the opening five minutes of their season opener, as the Rhinos raced into an early lead when Jordan Wyke scampered over from close range.

Kai Green levelled for Hull when he grounded a Callum Rutland grubber kick at the third time of asking, but Leeds regained the lead within ten minutes as Tyler Dargan weaved in and out of defenders to score a fantastic try under the sticks.

Rutland was also involved in Hull’s second try, taking the ball into the line before offloading to Darcy Sheriff, who forced his way over the line.

Trailing 10-8 at the break, FC showed resilience to stay in the tie and their perseverance was rewarded when Reece Hudson crashed over from close range, only for Dylan Wepener to put the Rhinos back in front with 15 minutes to play.

Despite putting in a fine defensive effort, the young Rhinos could not hold on for victory in their first game back, as Hull’s Owen Hagues was on hand to finish off a flowing passing move to score the match-winner with seven minutes left.

After such a long break away from their rugby, the side will be relieved to be finally able to play matches again and will take plenty of positives away from a spirited performance against a strong Hull team into their next game against New College Pontefract on Wednesday 5th May. 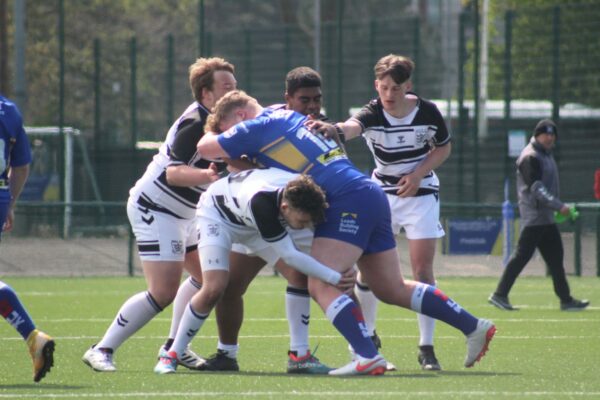 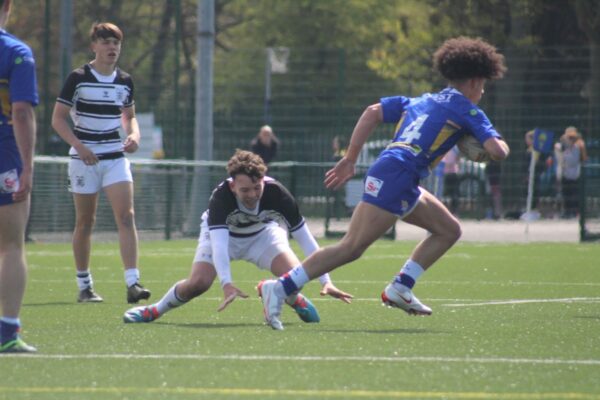 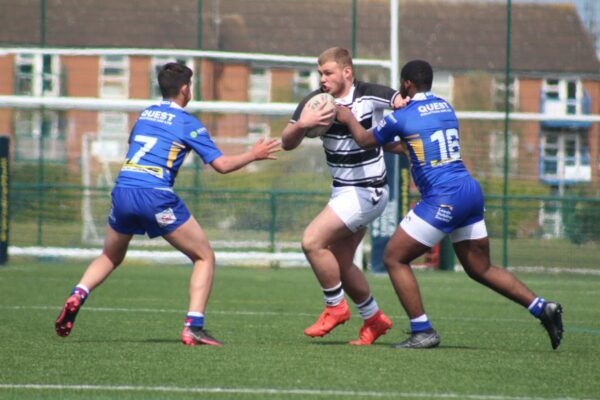 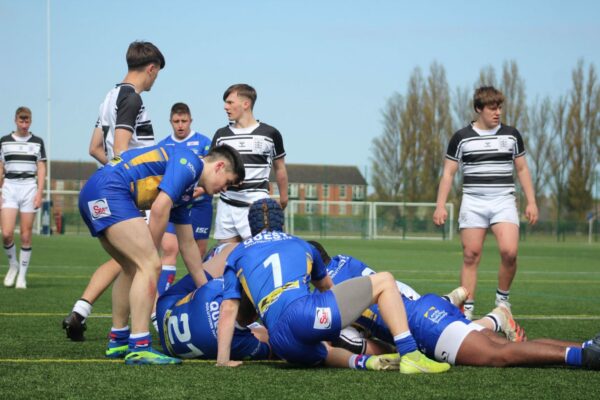 Interested in joining the Leeds Rhinos Development Academy and playing rugby league with us, alongside your full-time College studies?

The Leeds Rhinos Development Academy with Leeds City College is now recruiting for new players to join our boys and girls teams for the 2021/22 Academic year, so if you’re looking for a pathway into professional sport whilst completing your studies then this is the right programme for you!

We offer a world class training and coaching environment under the Leeds Rhinos performance umbrella for all players aged 16-19 looking to further their skills and succeed both on and off the field.

Our bespoke training and playing programmes are drawn from our proven developmental models at the Leeds Rhinos Academies and Scholarships, which allow players to develop their technical, tactical and physiological skill sets to maximise their progress and reach their full athletic potential.

CLICK HERE to register for the Leeds Rhinos Development Academy with no obligation and a member of our enrolment team will be in touch to guide you through your next steps.