Runaway league leaders Warrington had only conceded 34 points in their previous 6 fixtures this season, but found a red hot Rhinos attack too difficult to stop as the side put on a show for new coach Harvey Whiteley in his first game in charge.

And with just seconds left on the clock, the Rhinos found themselves within metres of the Warrington line but couldn’t come up with the match winning play to complete an incredible comeback, after trailing 24-0 inside the opening quarter of the match.

That slow start proved to be devastating for the hosts, who finally found their groove just before the interval as they cut the lead to just 10 points with scores from Ellis Yeadon, Ben Dutton and standout performer Mekhi Bridgeman.

The second half started badly though, with Warrington wrestling back control of the contest and asserting their dominance with two quick-fire tries, before the Rhinos issued a reply of their own as Bridgeman came up with a fine solo effort to bring the score to 20-36.

Another Warrington try under the posts, following a huge handling error on an attempted kick return, seemed to have killed the contest, but the action was just getting started as the Rhinos quickly ran down the other end of the field and scored through the ever-impressive Joe Taylor. Then, the Wolves’ inability to field a kick through led to a try for the Rhinos’ Mason Archibald, and by the time Bridgeman completed his hat-trick with a barnstorming run the lead had suddenly been cut to just 2 points.

With one final chance to attack the Warrington line and come away with a famous victory, the Rhinos lost concentration and stand off Jordan Wike was called for an obstruction by the referee as he tried to cut back across field to score, essentially ending a breathless contest which had proven to be an incredible advert for College Rugby League.

Speaking after the game, Whiteley praised his side’s gallant efforts and drew plenty of positives from the performance, which can hopefully set the side up to go out and cause another upset in next week’s College RL Cup fixture with Premier Division outfit Huddersfield Giants Development Academy.

Check out our full gallery of images from the Warrington clash on our official Facebook page, by clicking HERE. 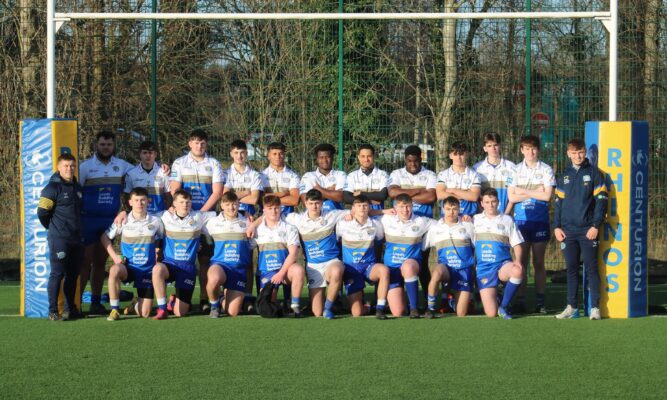 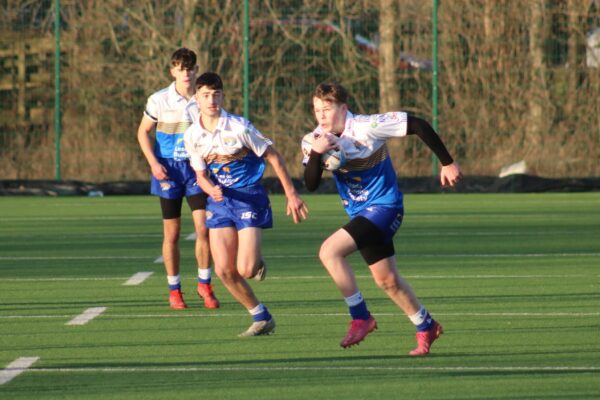 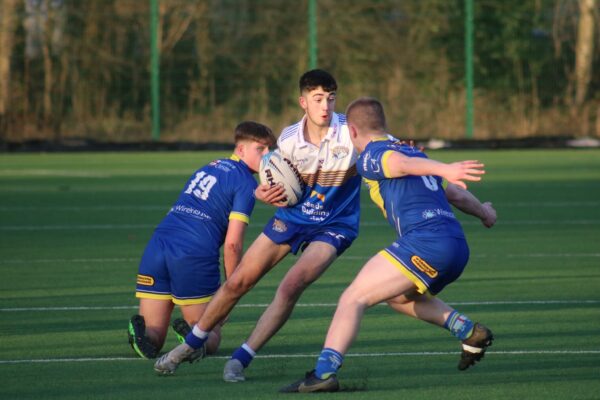 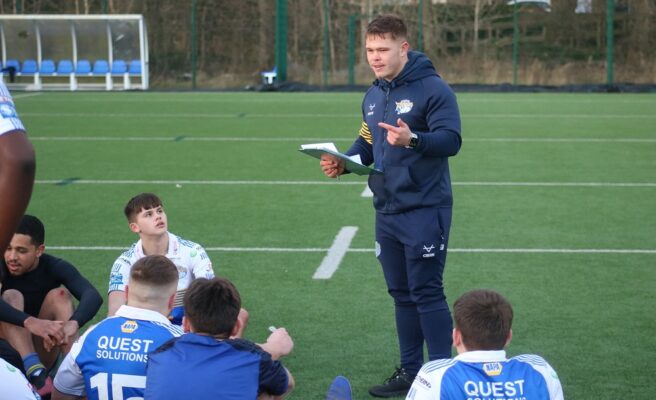