Leeds Rhinos Foundation’s In Touch dementia support group got together at Headingley Stadium this Thursday for their first meeting of 2022, which looked back on the stories history of the Leeds & Hunslet Schools Rugby League cup competitions.

Historian and Leeds Rhinos Foundation’s Heritage Committee member Steve Boothroyd delivered the talk to the group, picking out and discussing some of the best photographs, players and moments throughout the years from the Leeds & Hunslet Schools game, which has a long and proud record stretching back almost 120 years.

Some of the game’s biggest names including Gary Schofield, Jimmy Lowes, Danny Maguire and Richie Mathers have all represented their schools in the tournaments on their way to stardom, with the Leeds & Hunslet Schools game largely regarded as one of the strongest in the country.

There were even some old snaps which featured the members of the group themselves- including former Hunslet and Dewsbury RL star Steve Lee who could be seen as a young lad lifting the Yorkshire Shield for the Hunslet Schoolboys representative team before a huge crowd at the old Parkside ground.

Today, the day-to-day running of most competitions and other playing opportunities is organised by Leeds Rhinos Foundation and this year’s Leeds & Hunslet Schools Rugby League Cup Finals are set to place at South Leeds Stadium on Monday 31st January (Years 8 & 10) and Monday 7th February (Years 7, 9 & 11).

If you would like to learn more about the history of Leeds & Hunslet Schools Rugby League, you can now purchase a copy of Steve’s own book which catalogues the full story of the schools game in words and photographs- available HERE.

After a short break over the Christmas period, it was great to see members of the In Touch group back at Headingley Stadium enjoying a social afternoon and reliving their childhood school sporting memories, with the usual fare of cakes, biscuits and cuppa’s going down a treat on a chilly afternoon at the home of the Rhinos! 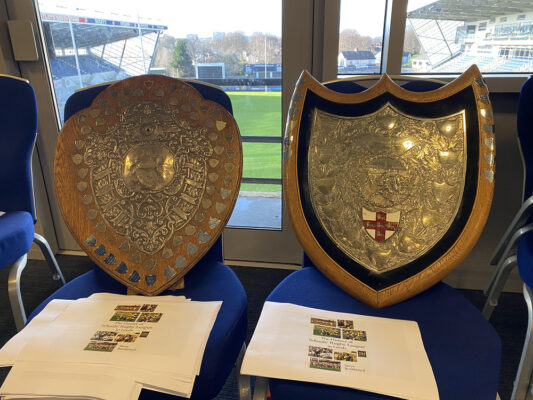 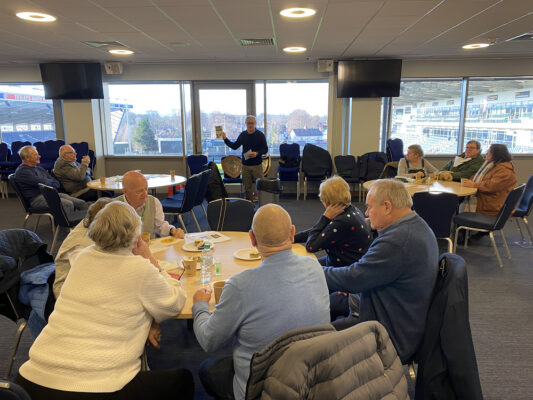 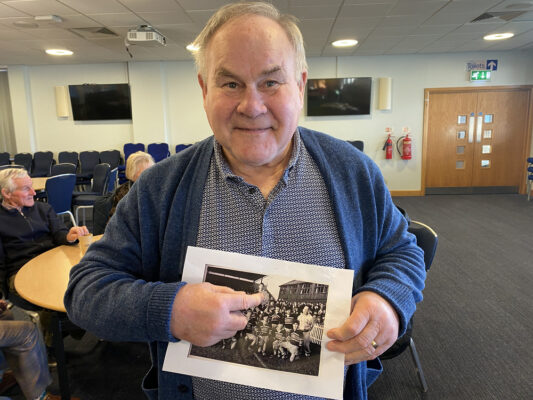 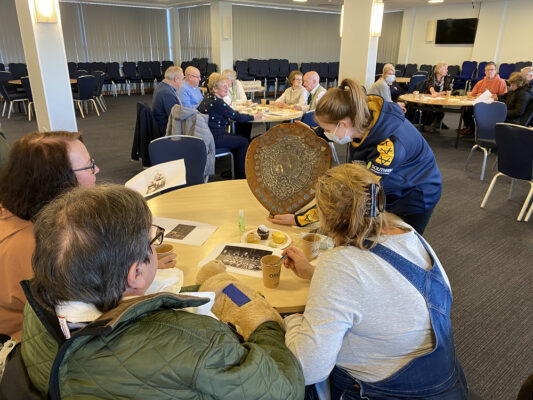 JOIN OUR IN TOUCH GROUP

Our In Touch club for people living with dementia is available through referrals with the Leeds City Council Peer Support Service, and we are welcoming any members who would like to join us this year!

The group’s monthly meetings take place at Headingley Stadium on the second Thursday of every month, providing members with a chance to bring in and discuss historic memorabilia, take a tour of the stadium, meet some club legends and take part in engaging discussions to strike new friendships with other people living with the condition.

For more information about how to join the In Touch group, please email health@leedsrhinosfoundation.org.