Leeds Rhinos Foundation and ESF Events delivered yet another incredible Rhinos Challenge experience last weekend, as more than 6,000 people descended on Butlin’s Skegness to take part in the UK’s biggest Rugby League festival for their first time in three years.

The three-day event saw almost 2,000 junior players from 170 teams representing 50 different community rugby league clubs compete in over 630 matches around Skegness. Sides from all corners of the country took part in the festival, with teams from Yorkshire, Lancashire, Cumbria, Cheshire, Merseyside and Nottinghamshire all enjoying the opportunity to lock horns and enjoy the ultimate rugby league tour experience.

Rhinos stars Tom Briscoe and Harry Newman were also in attendance and joined Leeds Rhinos Women players Keara Bennett, Alex Barnes and Shannon Lacey in visiting the three festival sites to sign autographs, take photographs, meet the teams and inspire the next generation of rugby league stars. They were also on hand to give out the awards and trophies to the youngsters at their showpiece presentation ceremonies on Sunday, which helped round off yet another amazing Rhinos Challenge weekend in style.

CLICK HERE TO VIEW OUR FULL RHINOS CHALLENGE PHOTO GALLERY OF OVER 500 IMAGES!

Awards handed out at the presentations included the fair play winners, a player who created a ‘magic moment’ and an outstanding ‘Player of Steel’ from each age category, which ranged from Under 7s up to Under 14s.

There was a big presence of female players at this year’s Rhinos Challenge, and their impressive talent was reflected by East Hull’s Amelia Robinson and Hollie Wakelin from Batley Boys taking home the Under 9s and Under 11s Player of Steel Awards respectively. The youngest winner in the Under 7s category was Hunslet Warriors’ Stanley Nichol, whilst fellow Leeds-based team Oulton Raiders saw their Under 8s player Layton Richardson take home the prize. Other Player of Steel recipients included Jude Bates of Goldborne Parkside Pirates (u10s), Alfie Quinn from Garforth Tigers (u12s), Skirlaugh Storm’s Harvey Dixon (u13) and Sonny Wall from Hull Dockers (u14s). 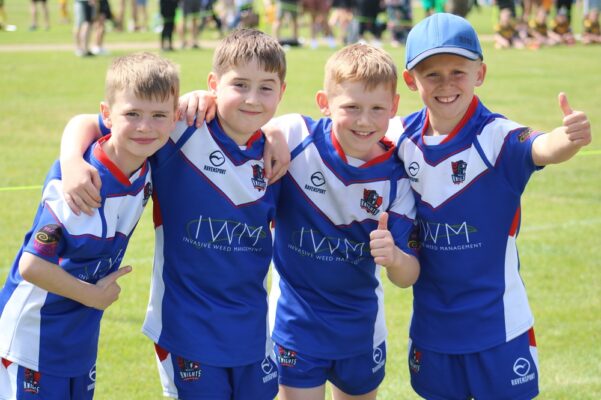 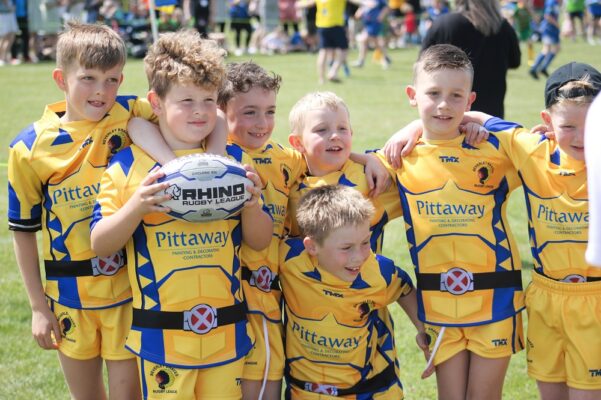 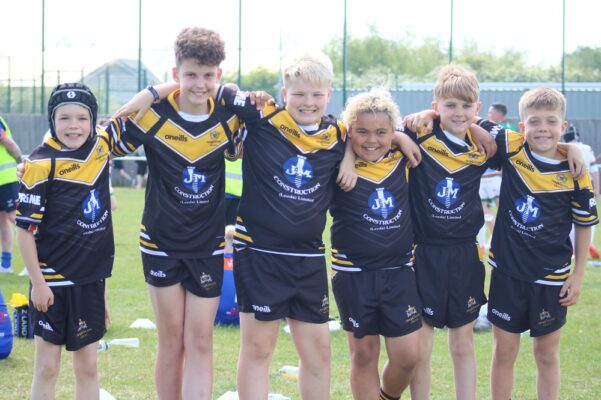 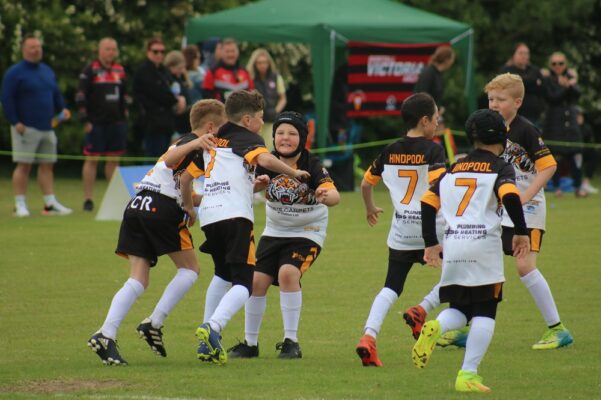 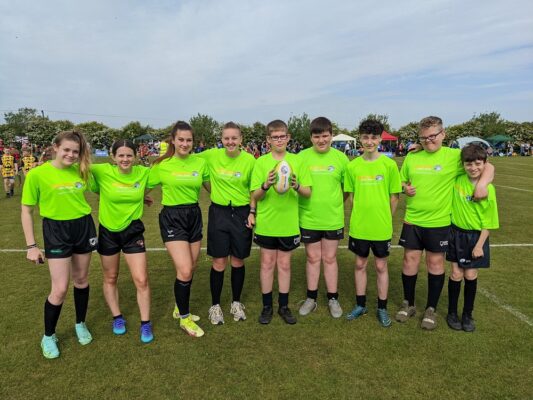 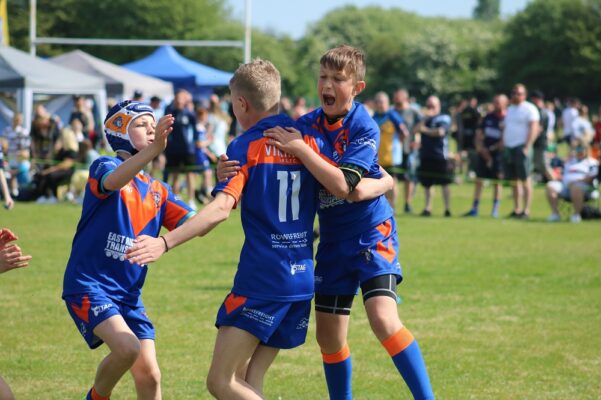 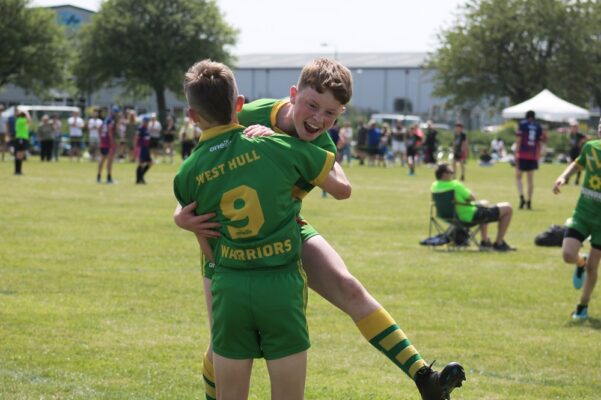 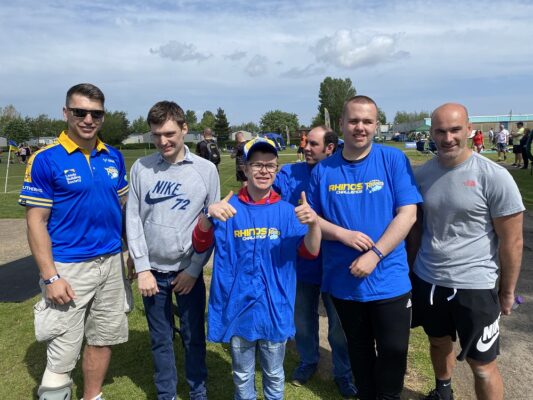 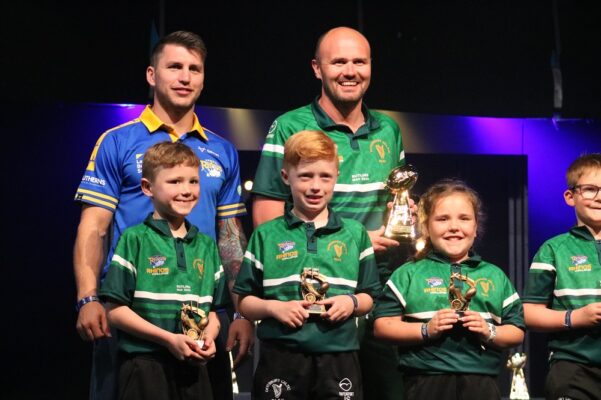 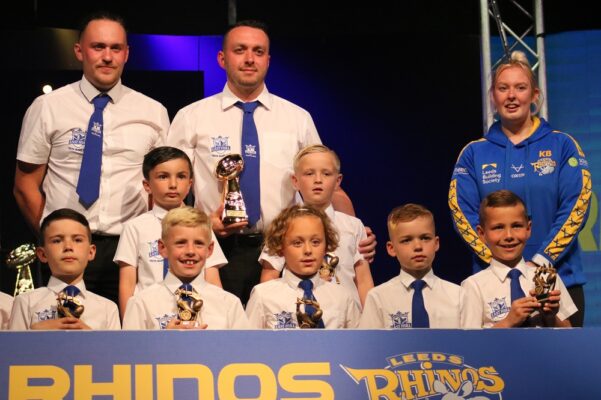 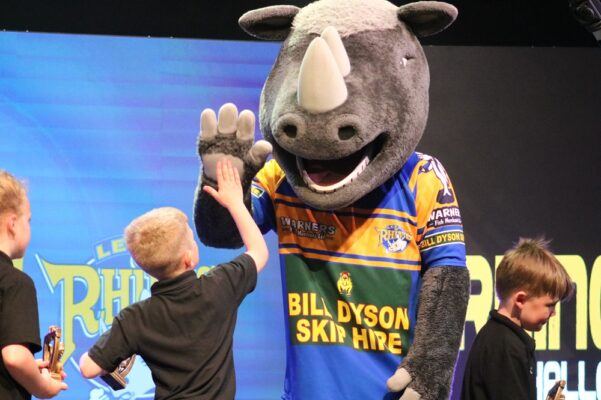 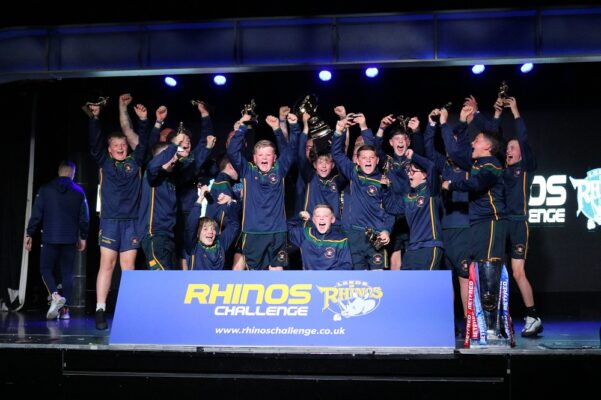 Alongside the individual awards, there were also a trio of trophies up for grabs for the overall Main Cup Champions of the three oldest age groups. After an unbeaten weekend, it was no surprise that Warrington outfit Woolston Rovers came away as winners of the Under 12s Main Cup, whilst it was yet another strong showing from Hull’s junior teams this weekend with Hull Wyke winning the Under 13 competition and local rivals Hull Dockers lifting the Under 14s trophy.

A regular to Rhinos Challenge, Walker was full of praise for the festival and wrote on Twitter: “You can talk about all the rugby league events on the calendar, but nothing beats Rhinos Challenge at Butlins.” There were also plenty of positive posts from parents, coaches and referees throughout the weekend, highlighting the great work that Leeds Rhinos Foundation does to support the growth of the community game.

Check out just a few of the best posts from the weekend:

I can’t tell you how proud I am of these kids. I was busting with pride walking up on stage with them. @RhinosChallenge is the best thing I’ve been involved with in rugby league. Can’t wait for next year ♥️🏉 https://t.co/FigwLmgFwm

What a weekend and what an experience for our under 10s.

Some nice rugby played and memories that will last a lifetime made.

This group of kids did us all proud once again by winning the Fair Play Award!@RhinosChallenge 2022 complete ✅

We can’t wait for next year! pic.twitter.com/ZDJSoGwlDL

A successful @RhinosChallenge presentation, no booing, and all the kids shirts stayed white despite wearing them when we went for tea – without a doubt the biggest achievement of the weekend 😂 #TeamRef pic.twitter.com/QpkFjhfSE9

A great weekend for the U13s at the @RhinosChallenge coming runners up in the Main Cup.

Well done to all the players, coaches and supporters – looks like a really enjoyable weekend 👏🏼👏🏼#oneclub #development #rugbyleague #communityRL 🖤🤍🏉 pic.twitter.com/RgDHcqFvTf

Our @RLWC2021 Inclusive Volunteers have been busy at @RhinosChallenge

Using their skills learned throughout the programme, these incredible people made a big difference at a major event, helping to manage pitches, deliver balls & meeting @leedsrhinos players 🦏💙@RugbyLeeds pic.twitter.com/NXTm0FxteS

Wow, the morning after the weekend before! It was a full on Shark Attack at this years @RugbyLeeds @RhinosChallenge, with each and every one of these Sharks doing their club proud. Can't wait for next year!! #Sharkness2022 pic.twitter.com/tLdzZKu01c