The Rhinos will face familiar foes Argonauts Skeleton Army in a repeat of the 2019 showpiece, which they won 74-46 to claim their first Wheelchair Challenge Cup title.

The two sides secured their passage to the Final by navigating all round-robin competition on Saturday involving all Super League clubs, with the Rhinos topping the table and Argonauts placing second.

After defeating North Wales Crusaders 34-0 in their opening game, the Rhinos stepped it up a level to claim a momentous 20-12 victory over local rivals and current Wheelchair Super League holders Halifax Panthers.

That was followed by a 16-6 win over fellow finalists Argonauts Skeleton Army, before rounding off the day’s play by taking down Leyland Warriors 24-0 and Hull FC 30-6 to remain unbeaten and cruise into another Challenge Cup Final.

The final takes place on 3 July at Sheffield’s English Institute of Sport and for the first time will be shown live on the BBC Sport website. 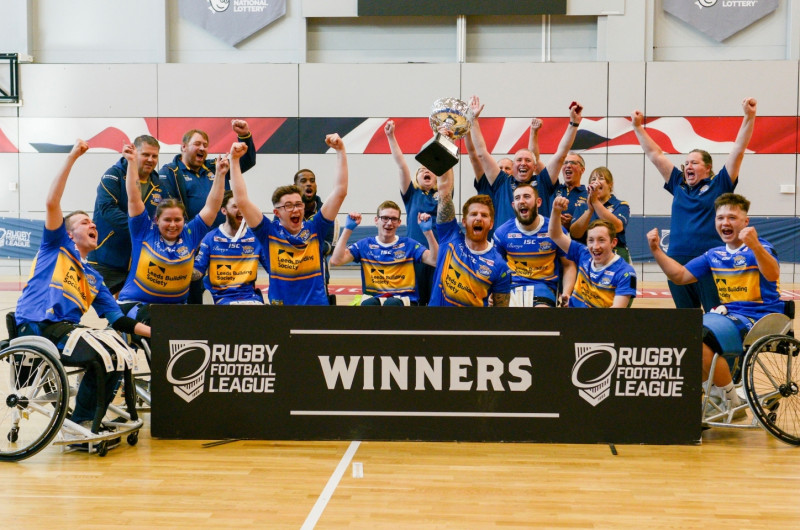