Plans for the return of the Learning Disability, Physical Disability and Wheelchair variations of Rugby League are announced today (Wednesday 21 April) as the game continues its gradual ‘Return to Play’.

The three variations of the game were rapidly growing in popularity before the pandemic, but people with physical and learning disabilities have been hit hardest by coronavirus. Many people with disabilities had to shield and isolate, and were effectively denied any opportunity for physical activity away from their homes.

The RFL and its partners now have plans in place to create the safest possible competition structures and playing environment on return.

Physical Disability Rugby League (PDRL) returns this Saturday (24 April), when Wigan Warriors take on Warrington Wolves and Leeds Rhinos play Wakefield Trinity. Six teams will take part in the 2021 competition, with a new format designed to ensure as much safe activity as possible during a season which culminates with the PDRL World Cup in Warrington. A seventh club, Clock Face Miners (St Helens), will also launch a development side.

Wheelchair Rugby League is next to restart – on Saturday 22nd May in line with government guidance on the use of indoor facilities. For health reasons the season will be played over ten weekends, with teams playing shortened games in groups maximising game time and use of venue. This means that players will have less face-to-face contact time than normal over multiple weekends, whilst still ensuring a robust season with high levels of competition integrity. There will be 3 levels of activity with Wheelchair RL Super League, Championship and Development Leagues activity and festivals for new teams and players to get involved and play.

2021’s Wheelchair Challenge Cup will also be played within a condensed timeframe, with the final provisionally scheduled for Saturday 3 July (broadcast details to be confirmed).

Learning Disability Rugby League (LDRL) returns on Saturday 12 June, with a record 13 teams expected to take part in the first of a series of regional events building towards the scheduled LDRL World Cup festival in October. 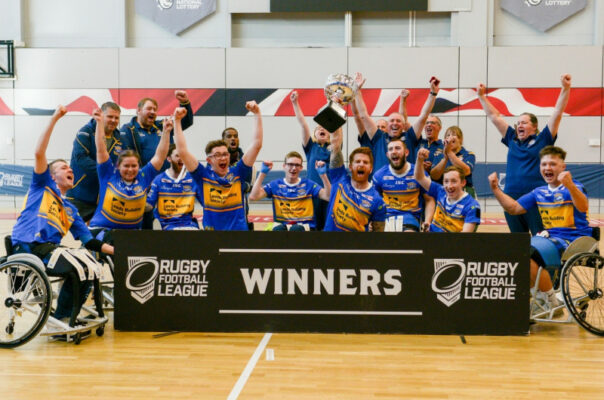 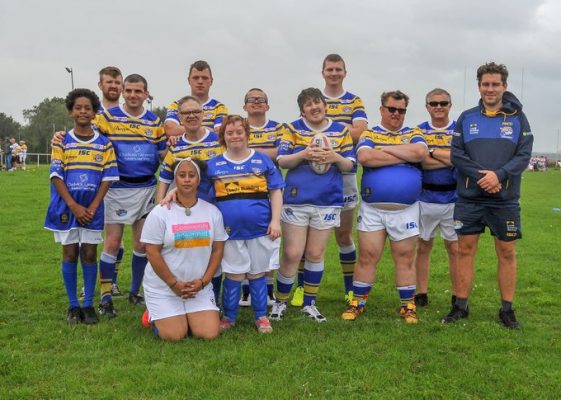 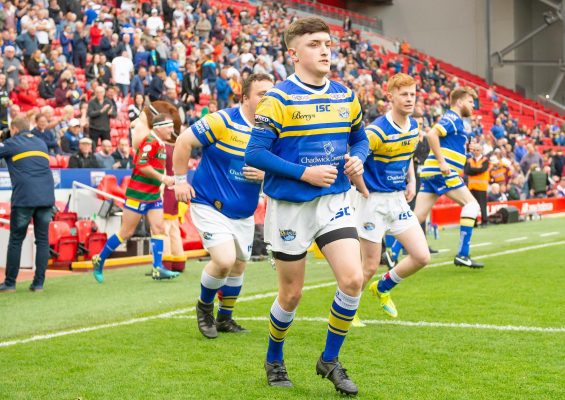 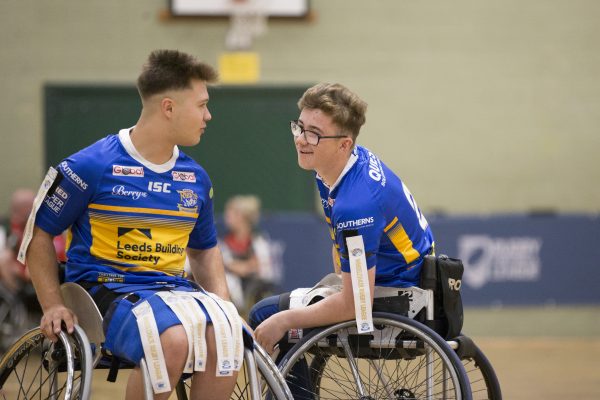 RFL Social and Inclusion Manager, Chris Godfrey, said: “The past 12 months have been tough for everyone, and there’s no doubt that our Wheelchair, PDRL and LDRL players have had things tougher than most. It’s essential that we create the safest possible conditions for players to return and that’s what we’ve done.

“For the players the benefits of being active, on their physical and mental health, are enormous. We’ve previously seen record numbers of people with disabilities playing Rugby League in England and we can’t wait to welcome them back.

“The learning disability community is acknowledged to be the most vulnerable to Covid-19 and as such people with learning disabilities will return to play with the greatest caution. In the first instance, this means a period of remote learning ahead of their June restart. The season will consist of smaller scale regional activity, allowing teams to minimise risk and maximise enjoyment under the LDSL banner.”

All players registered for the Community Integrated Care Learning Disability Super League players have been given access to an RLWC2021 Skills Journal to be delivered remotely by their clubs. The journal focusses on 32 skills – one for each team competing at the Men’s, Women’s and Wheelchair world cups – and the resources shared with a record 220 registered LDSL players.

The PDRL competition has also been redesigned to minimise risk and encourage players to return. For 2021 PDRL’s multi-game festival format has been replaced by a more traditional approach, with teams playing each other home and away across 12 weekends. A Grand Final will determine the PDRL champions.

Chris Godfrey added: “The new format means that all players and teams will play more Rugby League, yet the risks will be reduced because of the smaller number of people involved on any given day. Fixtures for the first six rounds will be also played on a regional basis to reduce travel.

“The PDRL competition has never been as big, with seven sides now participating. Plus, the England Community Lions PDRL team offers representative opportunities, adding further interest and excitement in a season that promises to be the biggest and best yet.

“We are all now look forward to a brighter future as we begin to emerge from the pandemic with exciting new opportunities and offers that will reignite the imaginations of players of all formats of the game.”

Wheelchair, PDRL and LDRL competitions are also subject to the same risk mitigation measures in place across the rest of Rugby League’s community game.