Foundation Trustee and Players Association Chairman Phil Holmes led the presentations, as the families of both men collected the heritage number certificates on their behalf in front of the  Emerald Headingley crowd.

Since 2015, the Leeds Rhinos Foundation Heritage Committee has completed the task of giving a unique number to every player who has made a single appearance for the club, based on the date they debuted, going back to the first game in the Northern Union which was staged at Leigh on 7th September 1895.

Most recently, players from Leeds Rhinos Women’s team were also issued heritage numbers, displayed at Leeds Rugby Academy, as the side continue to go from strength to strength at the top of the Women’s Super League.

More than 1,500 heritage numbers have now been issued, with Garside and Umpleby the latest former players who pulled on the famous blue and amber jersey to be formally honoured by receiving their number. 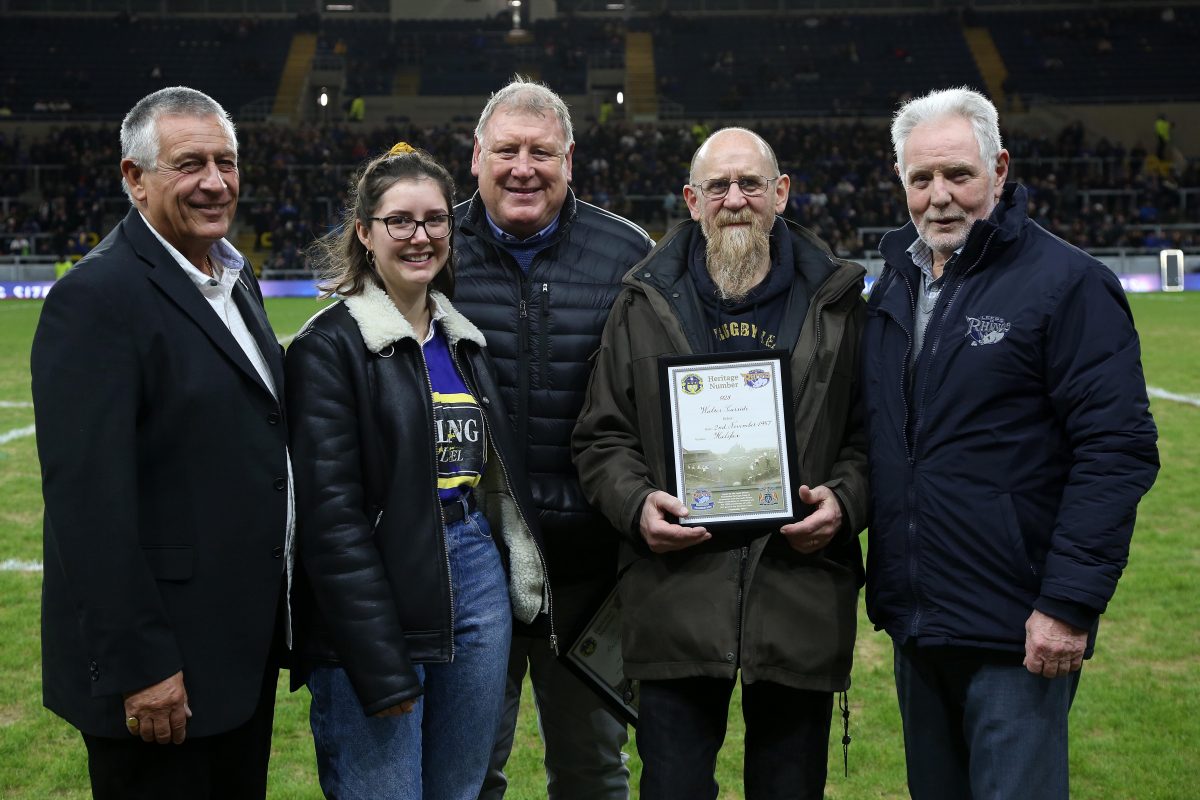