The international hopefuls have endured a frustrating 12 months since the national PDRL teams were launched. Yet despite the difficulties caused by the Covid-19 pandemic, there are now more players than ever aiming to impress head coaches Craig Fisher and Shaun Briscoe – who is being assisted by the Rhinos’ own player-coach Dan Roberts.

For England, 24 players drawn from the Castleford Tigers, Leeds Rhinos, Wakefield Trinity, Warrington Wolves and Wigan Warriors foundations, were put through their paces at Hopwood Hall in Middleton, Lancashire on Saturday.

Rhinos 2021 top try scorer Chris Young was one of the players invited to the trials, and says it would be a dream come true to pull on an England jersey at the historic first ever PDRL World Cup having been involved with the sport since it’s inception.

“To finally train together as a full England squad this weekend was an unbelievable feeling,” said Young.

“It’s been a long time coming because we’ve had sessions cancelled through COVID and then the World Cup got pushed back another year, so it was a big relief to finally kick off our preparations and to be honest you don’t really mind waiting for an opportunity as special as this.

“We did some drills and the intensity levels were so high because at the end of the day everyone is there to show exactly what they can do to try secure a jersey. Hopefully we can be really competitive at the World Cup and if the first training session is anything to go by, it’s definitely going to be a great advert for PDRL.”

Meanwhile, the Wales squad met up at Aberavon Green Stars RFC in Port Talbot where 13 players took part in the first training session, which was even captured by the ITV Wales cameras. Amongst those present were two members of the Rhinos PDRL team- Isaac Pickett and Dylan Hughes.

And although the squads are largely dominated by players from Warrington Wolves and Leeds Rhinos, who contested the first game of PDRL in the UK back in 2018, England PDRL Team Manager John Welch, who introduced the sport to England from Australia in 2017, is keen to spread the net still further.

“It’s fantastic to see how far we’ve come. Never in my wildest dreams did I think we’d be seeing this today and building up to a PDRL World Cup. Five foundations have players here today and there are plenty of players knocking on the door. Plus, we also have foundations from Hull, St Helens and York also showing interest in PDRL.”

Chris Godfrey, the RFL’s Social and Inclusion Manager, added: “This is a landmark moment for Rugby League and PDRL as a sport – having the first ever England PDRL squad session and another in Wales. The players here today should be extremely proud of their selection, having gone through a rigorous classification process as well as being stand-out athletes within PDRL.”

Rugby League broke new ground in 2021 with the sport’s first ever ‘classification day’ for the Physical Disability game as part of the selection process for the PDRL World Cup. All 24 players have been through the process, which assessed and categorised physical impairments using the Activity Alliance (formerly the English Federation of Disability Sports) profiling system.

For more information and to enquire about your eligibility, please contact our PDRL Team Manager Ben Berry on ben.berry@leedsrhinosfoundation.org. 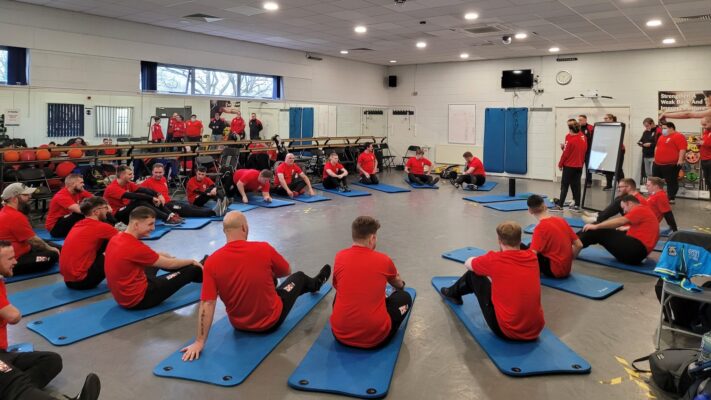 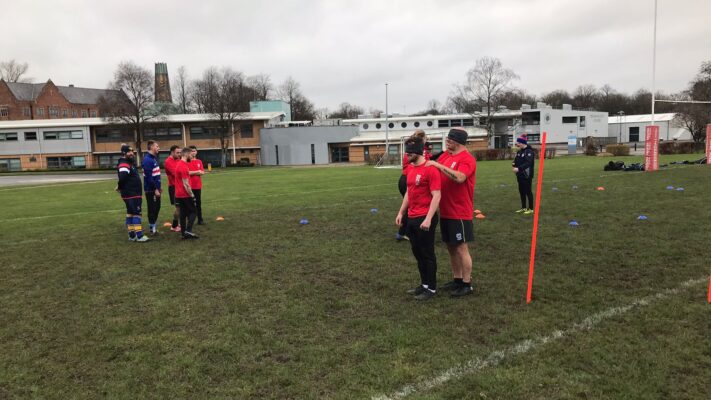