The festival welcomed sides from the Under 11s and Under 12s Boys and Under 12s Girls age groups who helped to put on a fine spectacle and demonstrate the strength of the community game in Leeds.

First up was the Under 12s Girls competition, contested by sides from Whinmoor Warriors, South Leeds Spartans, East Leeds and Oulton Raiders. With Leeds Rhinos Women’s team captain Lois Forsell watching on and offering her support to the girls, the tournament saw some fantastic rugby played by all the teams. However, it was East Leeds Girls who were crowned as winners, racking up some impressive scores and going unbeaten throughout the competition to lift the trophy.

Nine members of the Leeds Rhinos Men’s first team squad, including Jack Walker, Harry Newman and James Donaldson, also came down to show their support for the festival, taking the chance to meet the children, sign autographs and present the players their medals and trophies, including Stanley Rangers who were the winners of the Under 12s Boys competition. 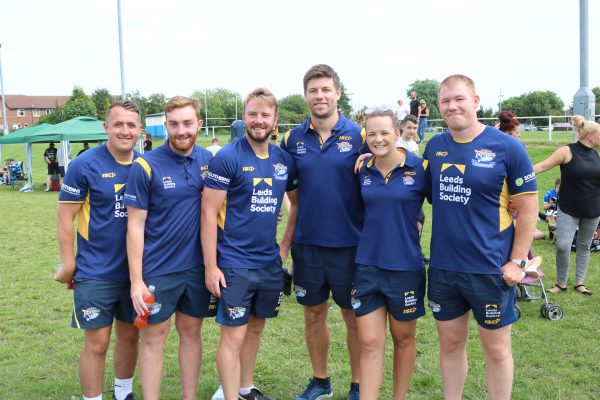 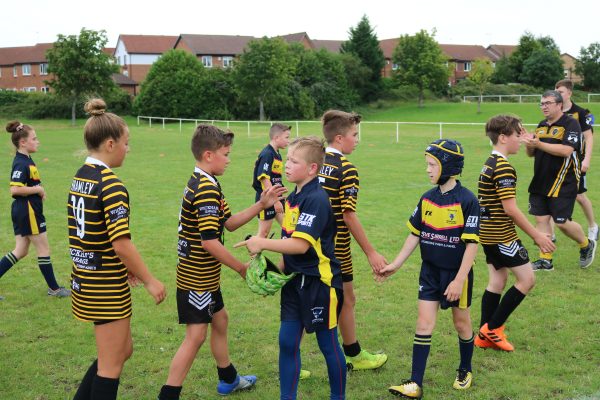 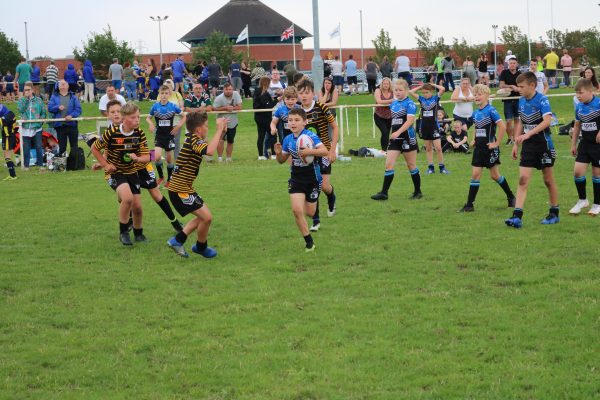 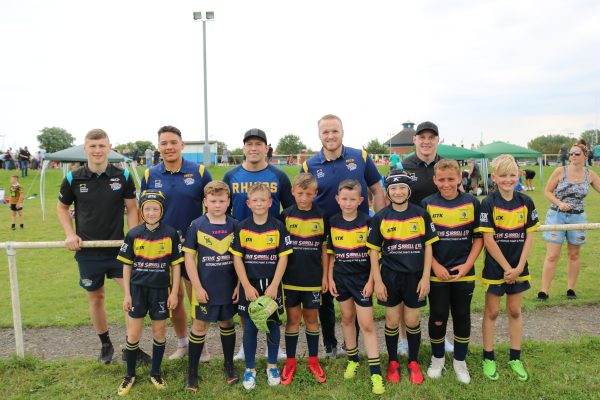 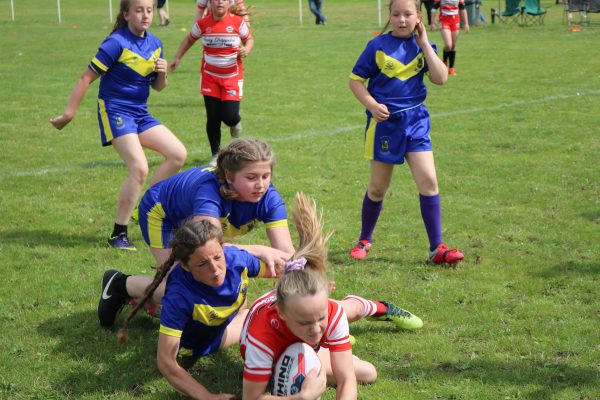 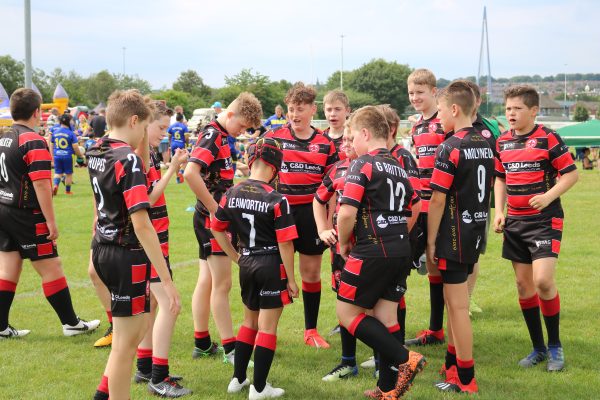 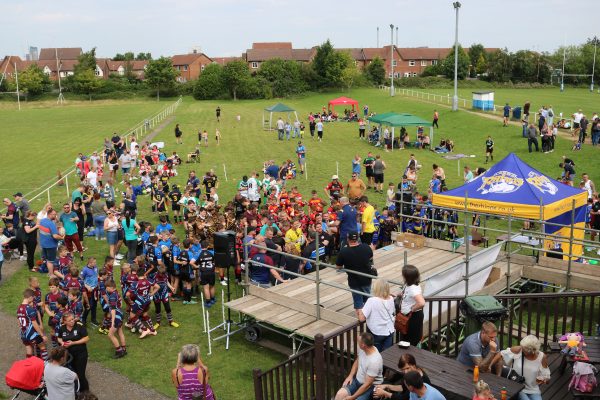 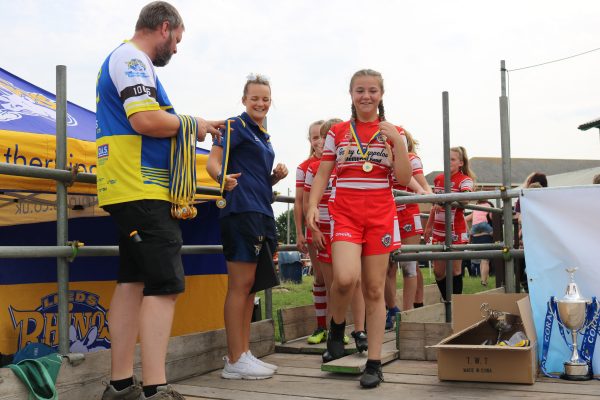 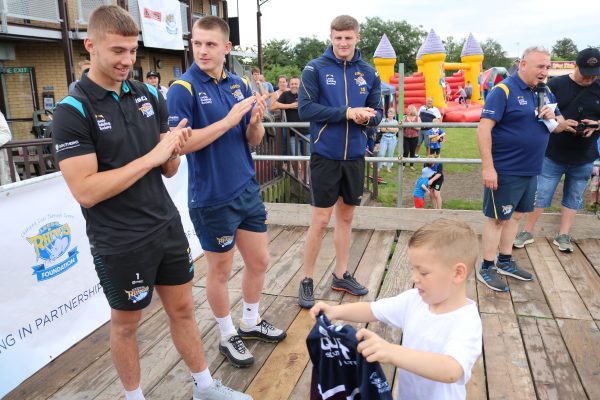 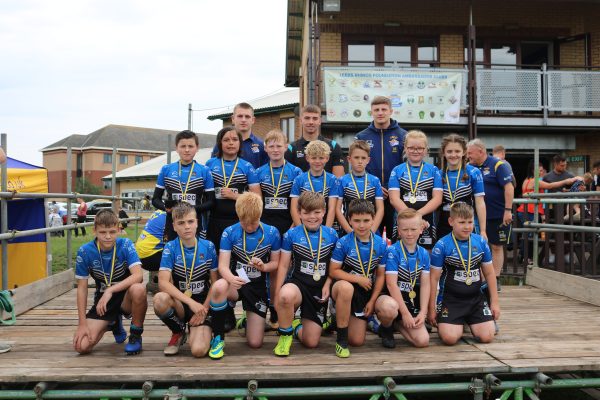 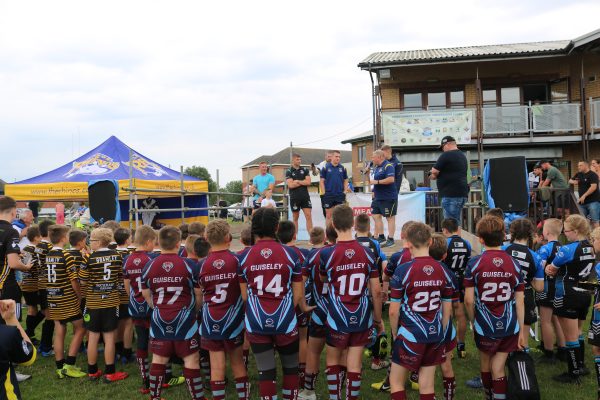 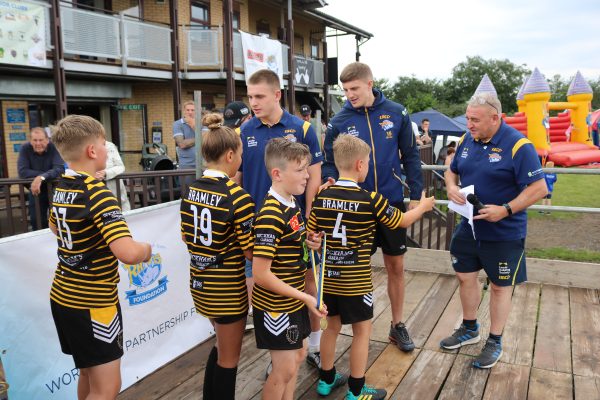 Sam Horner, Community Clubs Development Officer, said: “This is a key event in the Junior Rugby League calendar and a fantastic development opportunity for hundreds of junior players from across the region.

“Without the backing of our partners Mears Group, First Bus and Naturally Best, who once again provided refreshments for all the players and spectators, these kinds of events wouldn’t be possible, so we would like to say a huge thank you to them all for their continued support.

“Ainsley, Paulo and the entire team of volunteers from both Hunslet Warriors and Leeds Rhinos Foundation did a fantastic job and helped us run a successful, well-organised festival that was enjoyed by all.

“Finally, thank you to all the teams who took part in yesterday’s competition. It was a fantastic afternoon of rugby league action showcasing some great talent, and we look forward to making it a bigger and better event next year with the full support of our Ambassador Clubs.”