This week, Dan Busfield, Head of Partnerships and Development for Leeds Rhinos Foundation, will be taking on the challenge of climbing Mount Kilimanjaro in order to raise vital funds for our charity.

Whilst he may not feel at his best whilst ascending Africa’s tallest peak, Busfield will certainly be looking the part thanks to the custom shirt and climbing clothing he has recently received from sportswear company Oxen Sports UK.

Emblazoned on the jersey is the Leeds Rhinos Foundation logo, as well as all the organisations who have kindly sponsored Busfield and shown their support his charity challenge, which comes just months after he celebrated his 40th birthday. These include Northern Rail, Commando Joe’s, The Nick Smith Foundation, Emerald Publishing, Caddick Construction, Leeds City College and more. 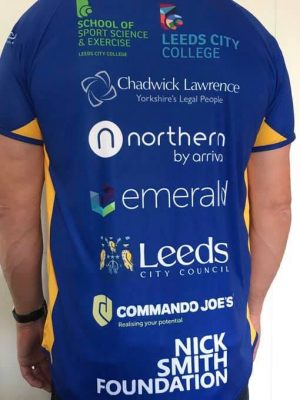 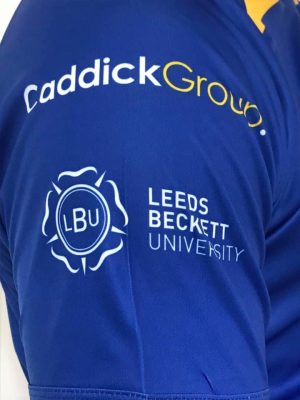 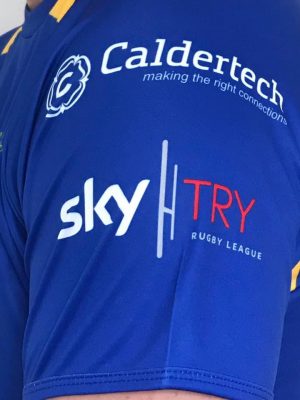 Busfield will depart for Africa later today, reaching the start point in Tanzania on Tuesdayt where he will meet his walking team and receive last minute guidance from expert climbers. They will also be there to assist him every step of the way along the ‘Rongai Route,’ which takes approximately seven days to complete.

With the start date almost upon us, donations have now surpassed the £4,000 mark, and there is still plenty of chance for you to give your backing!

If you would like to support Busfield in his quest to raise funds for Leeds Rhinos Foundation, as well as awareness of Motor Neurone Disease, please visit  http://uk.virginmoneygiving.com/fund/climbingforcharity.