If there is anyone who could inspire Leeds Rhinos Girls Development Academy player Ellie Wainhouse to keep chasing her dream of becoming a Women’s Super League player, then who better to do so than her self-proclaimed sporting role model Lois Forsell.

It was the current Head Coach of Leeds Rhinos Women who, through her work as Women and Girls’ Development Officer at Leeds Rhinos Foundation, first uncovered Ellie and set her on her way to becoming one of the most exciting young prospects in the Women’s Academy set up.

The 16-year-old forward is the latest in a long line of talented female rugby league players to have progressed through the Rhinos pathway and is now ready to return some of the support she has received from Forsell by cheering her Leeds Rhinos team on in the Women’s Super League Grand Final this weekend.

“I owe it all to Lois really in my rugby league journey,” explained Ellie, who plays her club rugby at East Leeds Girls.

“She came into my primary school to deliver training sessions and once she saw that I was enjoying those she pushed me to go join a community club and take up playing rugby league properly.

“She’s carried out mentoring me throughout the years and pushed me through the different pathways to help me improve my game to where I’m now in the Women’s Under 19s team. Even when she got injured and had to retire she never stopped working to support Women and Girls rugby league, so for me she’s a real inspiration.

“I got badly injured myself when I broke my pelvis, and that’s when Lois really stepped in for me to help me get back and recover. She was always there to talk to me about rugby and to be a really positive influence in my recovery, just off her own back. That keeps you going and really pushes you to come back and overcome the adversity you’re facing.

“The way that she’s always pushing you to become a better version of yourself and giving up every bit of free time she has for you is amazing really, it’s something I really appreciate.

Having lifted the Super League trophy as a player back in 2019, Forsell now hopes to do the same as a coach this weekend with her free scoring Leeds Rhinos Women team. It features several players who have progressed through local community clubs and stepped up from the Academy, including Woman of Steel 2021 nominee Fran Goldthorp, fellow East Leeds graduate Paige Webster and England international Caitlin Beevers.

The success of the side is something which provides huge motivation for Ellie, and she harbours hopes of one day following in the footsteps of her idols and achieving her dream of representing Leeds Rhinos Women on the game’s biggest stage.

“When I was younger I never even knew there was Rhinos Women’s team, let alone a full Women’s Super League competition.

“Seeing the girls under Lois’ leadership winning trophies and reaching Grand Finals means a lot to me and it drives me on knowing that there’s something there to aim for when I get older.

“I want that to be me breaking into the first team and becoming a Women’s Super League player who is winning trophies and playing in the most important matches.

“I’ll be there cheering them on this Sunday and I hope that they’ll manage to win the Grand Final again.” 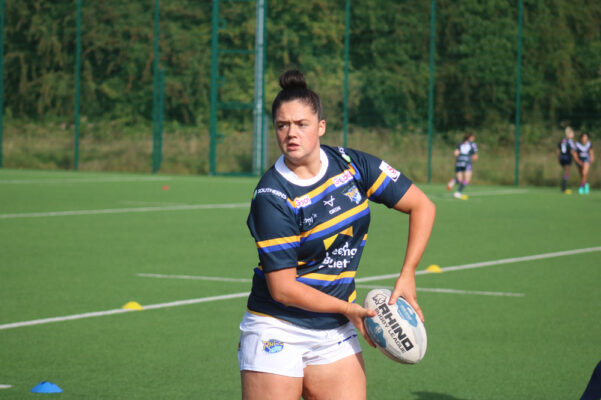 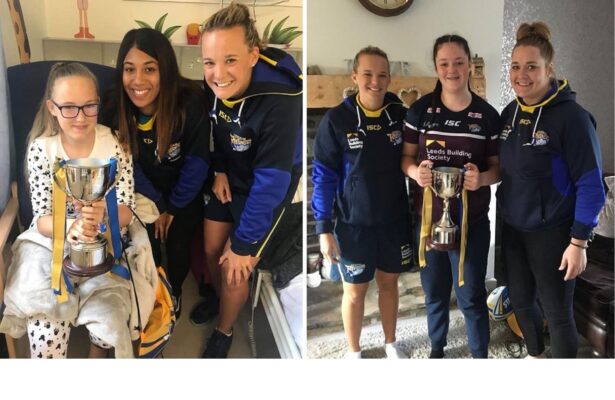 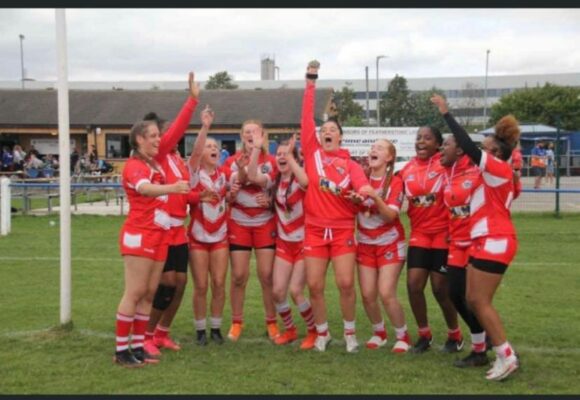 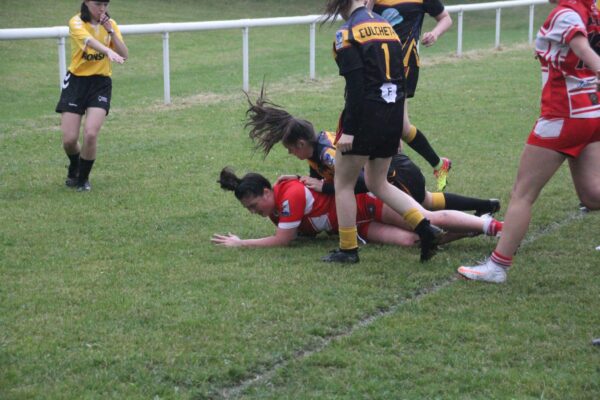 This dual-pathway programme provides exposure to a top-class training and coaching environment under the Leeds Rhinos performance umbrella, as well as further playing opportunities, which Ellie sees as a huge bonus in her development.

“The coaching standards at the Rhinos are so high and it’s a lot more high-level, technical work.

“You’re getting taught by the best coaches in the best facilities through the Development Academy which is what you need to become a better player and reach the highest levels of the sport.

“You can really feel like you’re improving and taking skills on board when you do those sessions and then you go back to your community club, because they can see the improvements you’re making straight away and how much you’re able to pass onto the other players as a mentor yourself.

“It’s great being in the Development Academy team and it really feels like you’re part of something bigger than just a rugby team there. We’ve got a real bond and for me I always think that rugby is more a family thing where you create memories and friendships for life. The social aspect of it is a huge part of the enjoyment of playing rugby league.”

Want to start playing Women and Girls Rugby League in Leeds? Click HERE for a full list of the community clubs across the city who are now running teams.