There was a special guest at the Run for All Leeds 10k when Rob Burrow MBE joined former teammate Kevin Sinfield on the course as part of Leeds Rhinos Foundation’s Run with the Rhinos team.

The two Rhinos legends provided an emotional and inspiring lift for the hundreds of runners taking part in the 15th staging of the Leeds 10k, including the other 110 Leeds Rhinos supporters, staff, ex-players and volunteers who were helping to raise funds for Leeds Rhinos Foundation and Leeds Hospital Charity’s appeal to build the Rob Burrow Centre for Motor Neurone Disease.

Race organisers Run For All marked the occasion with a brand new route for the race, starting on the Parkinston Steps at the University of Leeds and finishing in front of Leeds Town Hall on The Headrow.

Sinfield was right beside his friend for the whole race, helping Burrow around the course in a specially adapted running chair provided by Leeds Beckett University and finishing in an incredible time of just over 44 minutes.

Fellow Rhinos icon and current Assistant Coach Jamie Jones-Buchanan also took part, taking just 40:14 to complete his run. He was joined by Rhinos boss Rohan Smith, who became the first acting Head Coach to ever feature in a Run with the Rhinos team and was pleasantly surprised with the outcome of his first road race, coming over the finish line in a time of 52:09.

Quickest across the line in the Run with the Rhinos team was Leeds Sixth Form College’s Deputy Principal Ryan Grant, running an outstanding time of just 38:52 to secure the bragging rights this year!

There was once again a strong turnout from Leeds Rhinos Foundation staff, with Education Officer Dane Weatherill leading the way as he flew around the course in just a few seconds north of 45 minutes as he continues his training for the 2023 Rob Burrow Leeds Marathon.

After recently returning from a hiking challenge over in America, Foundation CEO Bob Bowman powered through the jet lag as he completed his run with his wife Steph and took the opportunity to thank all of runners supporting the charity in person.

Some of the Foundation’s long-standing partners also played their part by entering a group of their staff into the team, including Chadwick Lawrence solicitors, New Wortley Community Centre, Leeds Sport Connect and Caddick Group. And finally, one of the biggest cheers of the day came when everyone’s favourite mascot Ronnie the Rhino ran down the hill to the finish line, putting in a great shift to complete his tenth Leeds 10k.

If you would like to donate to our Run with the Rhinos team, please visit https://www.justgiving.com/campaign/RunWithTheRhinos2022.

For a full gallery of the 2022 Run with the Rhinos team, please CLICK HERE to visit our Facebook page. 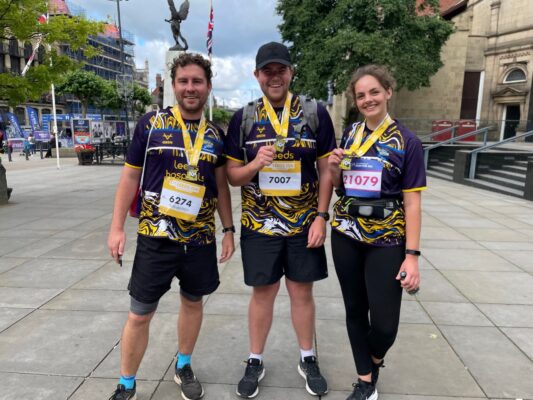 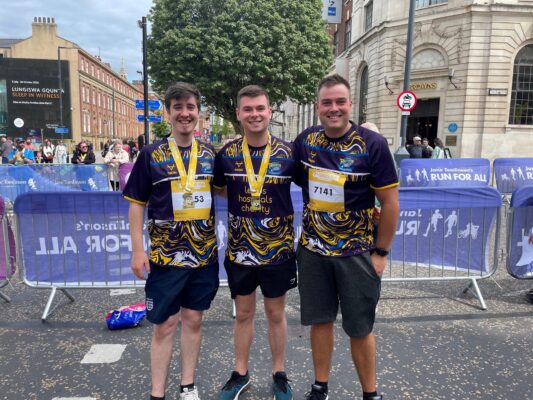 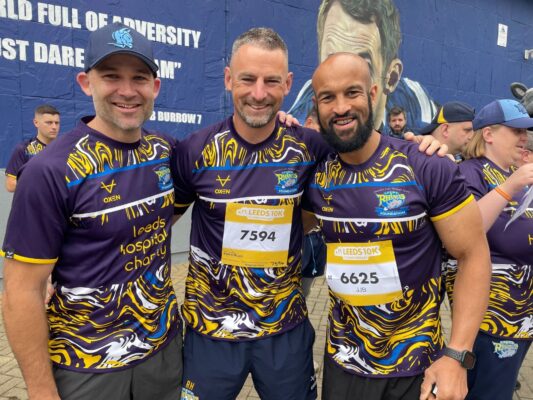 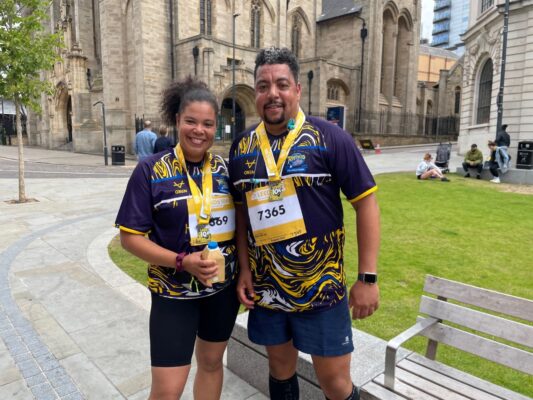 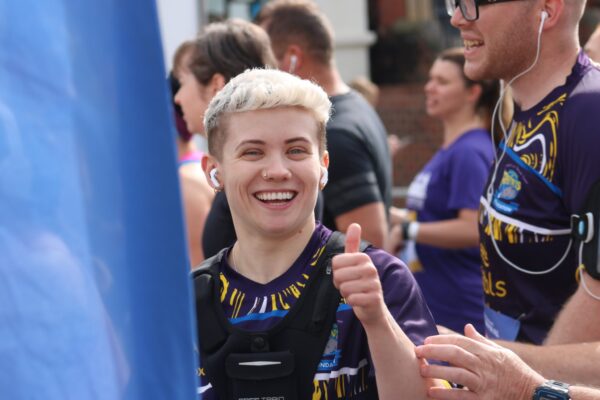 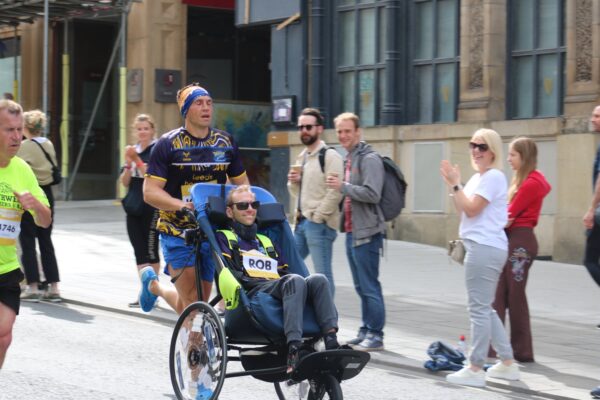 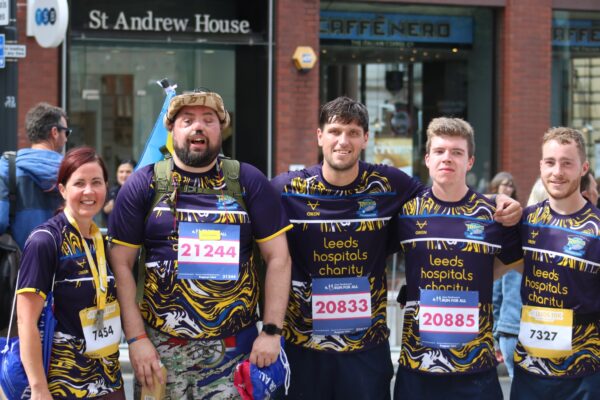 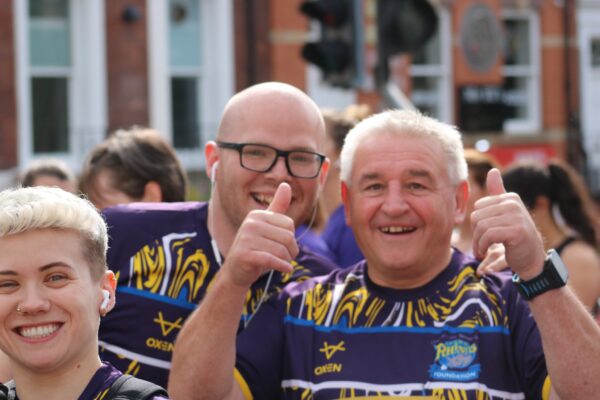