It marked the first time that a Rhinos Netball camp has taken place in North Yorkshire, with this week’s offering in Barnsley College meaning that since launching last summer all four areas of the county will have hosted a camp with Yorkshire’s sole Netball Superleague franchise.

There was another great turnout for the opening week’s camp, with more than 70 young netballers from across the region able to enjoy four full days of elite Netball coaching, matchplay and development work in the first-class facilities provided by Harrogate High School. 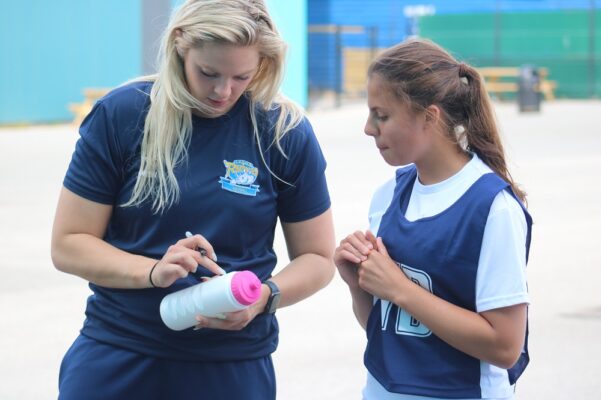 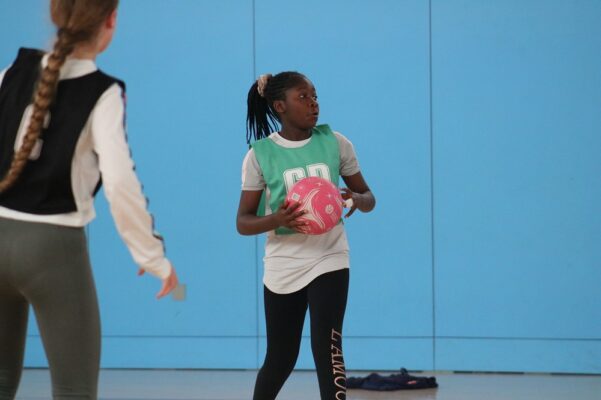 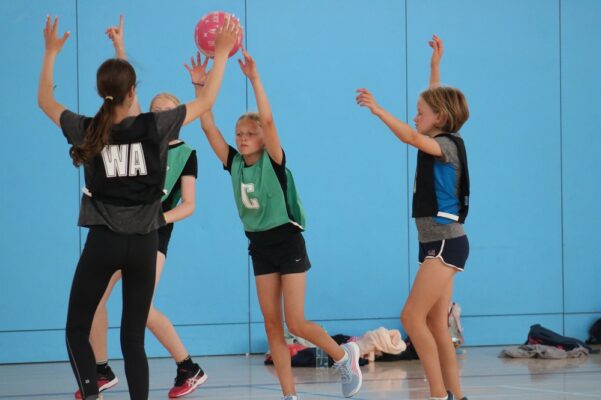 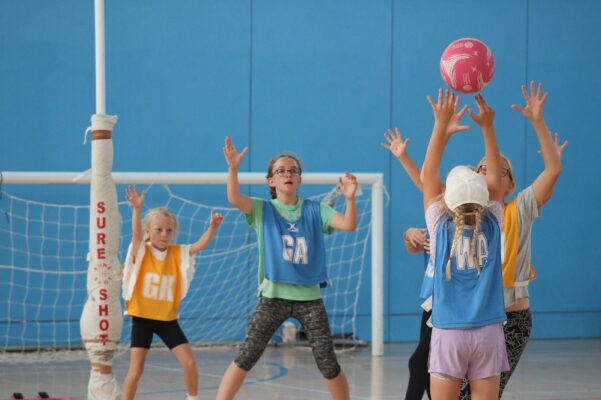 To view our full gallery of images from the Harrogate North Yorkshire Netball Camp, click HERE.

It left Manchester-based player Kindred, who has overseen the running of the Netball camps supported by Leeds Rhinos Foundation and Green Flag UK, with a great sense of anticipation and excitement for the rest of the camps taking place in Yorkshire this summer.

“We’ve had amazing weather, a wonderful space here at Harrogate High School and we’ve been able to enjoy a fantastic week of coaching with some incredibly talented players,” said Kindred.

“We’ve been able to work on all sorts of key development areas, such as gameplay, agility, footwork, ballhandling and shooting. Being able to travel into another part of the county and get the ball rolling with our summer camps has been amazing and to see all the smiles on the faces of the players has been lovely.

“One of our main aims and vision for the community camps was to provide opportunities for aspiring players all across the region. We’ve had lots of pathway players who the coaches know, but we’re picking up new players too and helping to get more children into the clubs and growing the sport from the bottom up through this service.”

Felicity O’Leary, Treasurer for North Yorkshire Netball, said: “It’s really important these camps in North Yorkshire. Obviously trying to get kids involved in Netball and engaged in playing sport at a young age is crucial, so it’s been great to see to see them all having fun with smiles on their faces this week.

“The partnership with Leeds Rhinos Netball is one we’re excited to develop going forward and hopefully we can make sure that the kids see those players as role models, and as something to aspire to so that they can continue in their Netball journey.”

There are still places available for the Rhinos Camps taking place later this summer, with the price of £100 including four full days of coaching, a Q&A and signing session with Rhinos first team players, a free gift pack and full Leeds Rhinos Netball supporters membership.