More than 150 of the club’s junior players- from Under 6s right up to Under 15s, as well as the Warriors’ Girls Under 13s and Under 14s teams- were given the opportunity to train alongside the Super League stars and meet Ronnie the Rhino, who as always was in high demand for photos and dance battles!

There was a great atmosphere around the club, which was absolutely buzzing with activity as their entire junior section came together to enjoy this special event.

Earlier this season, all of Leeds Rhinos Foundation’s Ambassador community clubs were given the opportunity to win a special training session for their junior teams with Leeds Rhinos first team players by bringing the most numbers to Headingley for the Community Clubs Takeover Match against Toulouse Olympique. Coming out on top and securing the prize were Leeds Underdogs and Whinmoor Warriors, who were well represented by players from both their boys and girls teams. 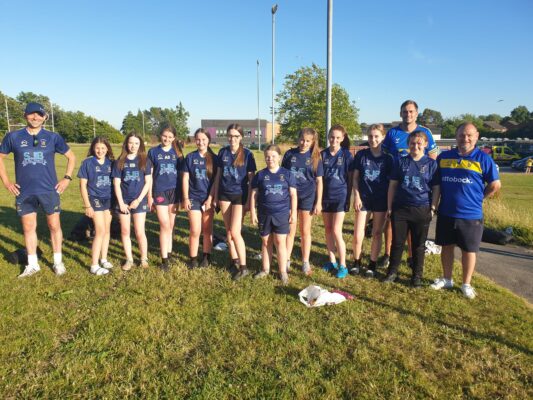 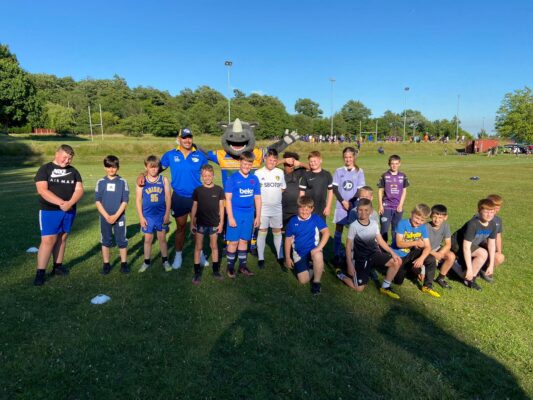 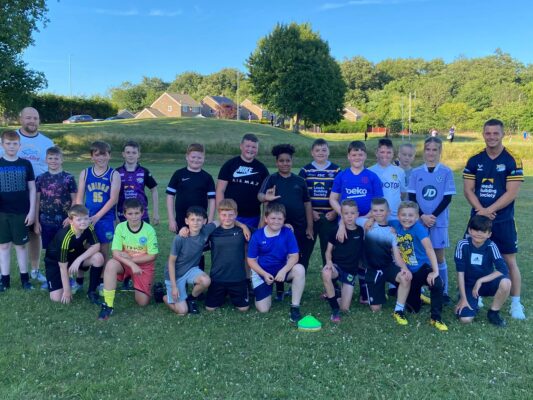 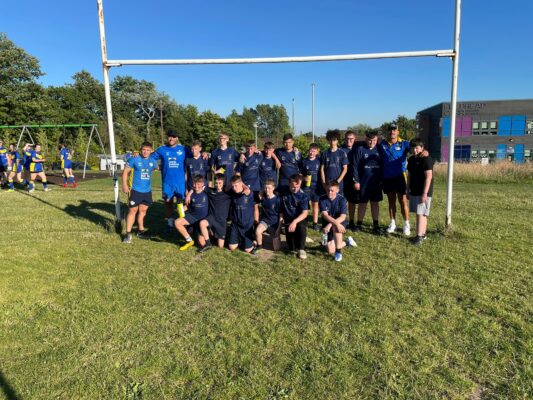 And so last night the Foundation’s coaches headed down with the players to the Warriors’ home ground, with all eight of the Whinmoor’s junior teams taking part in the takeover night as the Rhinos helped give back to the community game.

For the younger children in the Under 6s, 7s and 9s teams, the coaches put together a fun session packed with rugby games that also promoted the development of their core skills, including grip and carry, evasion and passing.

Meanwhile at the older end of the spectrum, the Under 11s trained on their decision making and game sense, whilst the Under 14s and Under 15s teams focused on defensive mapping, decision making and attacking drills, and there was even chance to go up against Zane and Bodene to really put their skills to the test.

Following the training sessions, the Rhinos duo helped to present Whinmoor’s Under 7s team with their brand new kit and took part in a Q & A, where they were able to pass on their top tips and advice to the youngsters on how to keep progressing in their rugby league careers.

There were also some great sessions with the Under 13s and Under 14s Girls teams, who worked hard with Leeds Rhinos Women Team Manager Ellis Pascall on developing their defensive techniques and playing through different attacking scenarios.

A huge thank you to all the junior players and coaches at Whinmoor Warriors for their efforts and helping Leeds Rhinos Foundation to stage a hugely successful takeover night at their club.

Whinmoor Warriors are always on the look out for any new players who want to join their junior teams or come give rugby league a try for the first time!

Over the last couple of years the club has gone from strength to strength and currently has the following age groups: U6s, U7s, U9s, U11s, U13s Girls, U14s Girls, U14s Boys, U15s Boys & U16s Girls. The club continues to grow and be an important part of the community, with newcomers always welcomed in with open arms!

For more information or any queries please ring Laura on 07903179890, or get in touch with us at james.hill@leedsrhinosfoundation.org.