Hear Neville, who recently stepped down from the position following the Netball World Cup, as she speaks about her tenure with the England Roses team and their Commonwealth Games gold medal glory in 2017, as well as her time spent playing for the Roses.

This relaxed evening with the prestigious guests includes dinner, dancing and an auction, with all proceeds assisting Rhinos’ entry into the Vitality Netball Superleague in 2021.Taking place at the iconic Emerald Headingley Stadium, this is an evening any keen sports fan will not want to miss!

Tickets cost £60 per person, with both individual and table tickets available. Menus and tickets will be issued on receipt of your booking.

Book now to avoid missing out on the event of the season! Visit www.leedsrhinosnetball.co.uk/events/swd/. 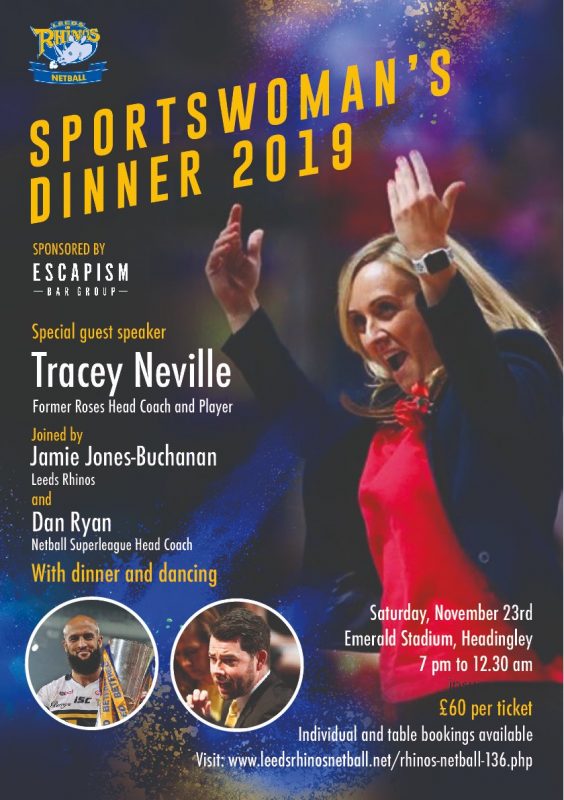