It has now been confirmed that the 2022 PDRL Finals Day will be played at the Belle Vue Sports Village in Manchester on Saturday September 10, with the final two fixtures being streamed live on Our League.

Wakefield Trinity will hope the name of the venue is an omen, as they aim to maintain the impressive form that has secured top spot at the end of the regular campaign.

But they will take nothing for granted after being held to draws by both Leeds Rhinos and Warrington Wolves in the last festival of the season in Bradford last weekend.

It has been another year of strong growth for PDRL, which was first played in England in 2018, and has now regained momentum following the loss of the 2020 campaign to Covid.

Bradford Bulls and Salford Red Devils have combined forces in 2022 with a view to operating independently next year, when Leigh Centurions hope to join them – building on the 10% increase in registered player numbers this summer.

There has also been international development with Wales formalising their involvement, and this generated more interest throughout the country.

Competition has been strong between the leading teams, with Castleford Tigers putting together a nine-match winning streak until they were beaten by Leeds last weekend.

Next month’s Finals Day, on the same side of the city as the new Rugby League headquarters on the Etihad Campus, will be the first of several big Rugby League occasions in Manchester this autumn – with the Betfred Super League Grand Final at Old Trafford later in September, and the Men’s and Women’s World Cup Finals at the same venue on November 19.

It will follow a play-off style format with fixtures based on final league standings: 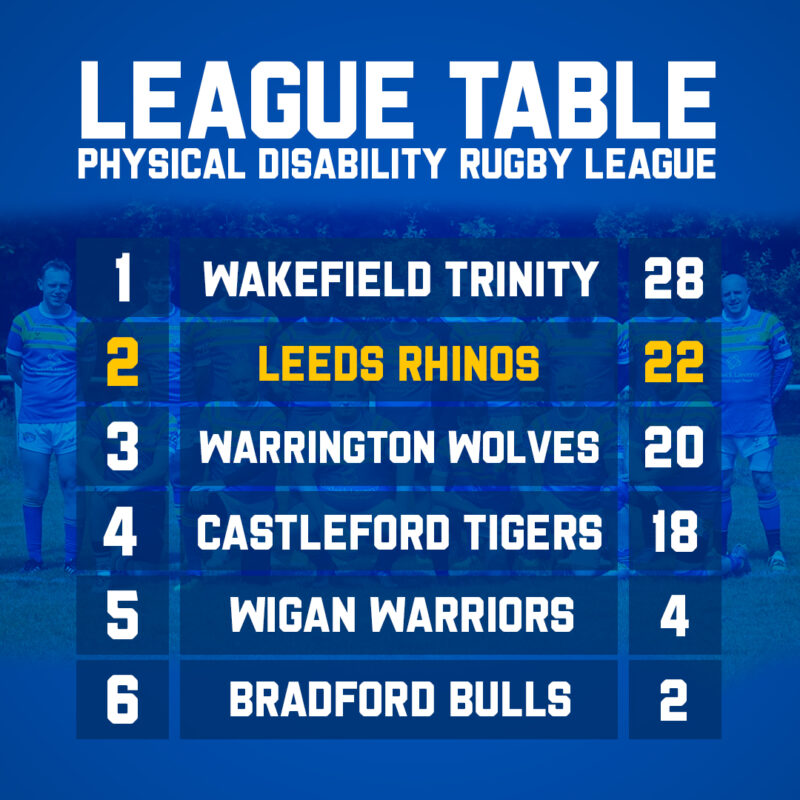 For full updates from all of Leeds Rhinos PDRL’s fixtures at Finals Day, please follow us on Twitter @RugbyLeeds.