A late try from Nick Kennedy saw Leeds Rhinos PDRL fall to a 16-10 defeat at the hands of local rivals Castleford Tigers in Round 3 of the PDRL League.

Despite a spirited effort in some atrocious weather conditions, Leeds’ performance fell a long way short of their usual high standards and the hosts were more than happy to take advantage by snatching their first ever victory over the Rhinos in competitive PDRL play.

It was an unhappy return for the coaching duo of Keiran Hickman and Neil Barnaby, who both departed Castleford to join the Rhinos PDRL set-up ahead of the 2021 season.

As the rain tumbled down at Methley Warriors, both sides struggled to get a real foothold in the game with some scrappy opening exchanges and a real battle for territory taking place.

When the Tigers did manage to carve out an opportunity, they were stopped in their tracks by the outstanding defensive work of Rhinos fullback Sam Zeller, who made a welcome return to the side following his absence in the opening round draw with Wakefield.

On 18 minutes Castleford finally broke the deadlock, with Dave Palmer charging his way up the sideline before throwing a looped pass back inside to the supporting Simon Tams, who touched down.

That try didn’t faze the Rhinos though, who responded almost instantly through Tommy Pouncey after work by Zeller in the build-up. Both conversations were missed, which meant at half-time the sides were locked up at 4-4. 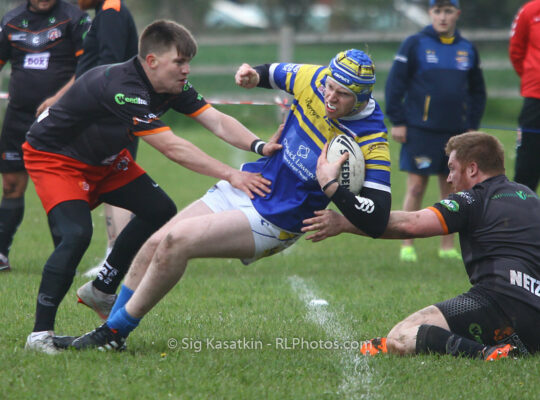 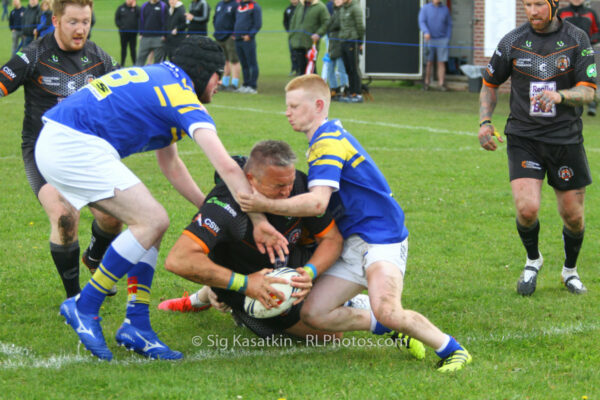 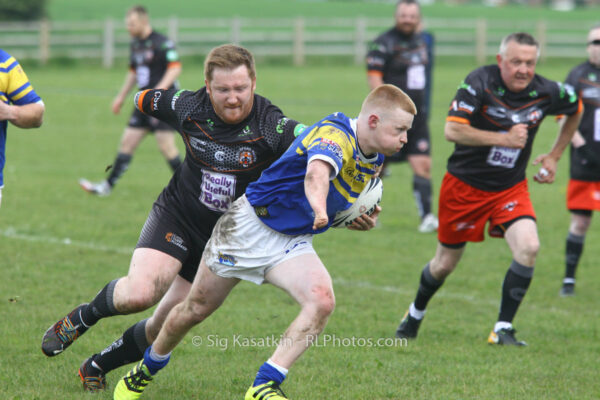 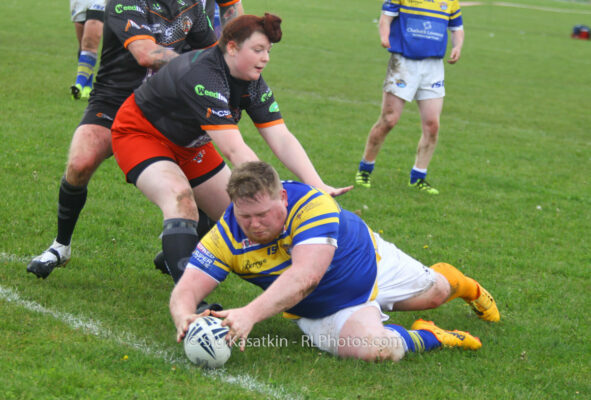 The second half started in similar fashion to the opening period, with plenty of handling errors and a dominant defensive showing from both sides’ red-shorts players.

Eventually the Tigers forced their way back in front through Palmer, who took the ball to the line and bounced off a pair of Rhinos defenders to force his way over the line.

But back came the Rhinos again and in the very next set they drew level through Scott Gobin. The flying winger- top scorer for Leeds in 2019- grabbed his first try of the season in trademark fashion, receiving the ball on the left edge and leaving two defenders in his tracks as he raced away to score.

With Tom Kaye’s successful conversion, the scores were once again level at 10-10 and it appeared that both sides may settle for a second successive draw to kick off their PDRL League campaigns.

However, Castleford had other ideas and they broke Leeds’ hearts inside the final 5 minutes of the contest. A poorly executed chip and chase by the Rhinos gave the home side great field position and they quickly made it count, with the ball moved wide for Nick Kennedy to score the winning try.

Despite a late rally from the Rhinos, time ultimately ran out on their comeback quest and Castleford secured a huge 16-10 victory to move up to second place in the PDRL League.

The Rhinos will now look to bounce back quickly from the defeat this Sunday when they face Wakefield Trinity in Round 4, with kick off set for 12:30pm at Eastmoor Dragons ARLFC.

Spectators are welcome to attend, but must remain in groups of no more than six and adhere to social distancing guidelines at all times.