Leeds Rhinos enjoyed another successful weekend on the field, but it was the Foundation’s Physical Disability Rugby League team who really grabbed the headlines as they became PDRL champions for the first time with a dramatic Grand Final win over Wakefield Trinity in Manchester.

Ryan Owens scored the decisive try in Golden Point to spark wild celebrations as the Rhinos came out on top over their West Yorkshire rivals to claim their first piece of silverware as a team.

The Rhinos had earlier in the day dethroned reigning Champions Warrington Wolves with a 16-6 win, with Tom Kaye, Peter Clarke and newly appointed England Lions PDRL captain Scott Gobin all registering tries in the victory.

It was to be an even bigger challenge in the final though, with unbeaten league leaders Wakefield- who sneaked past a battling Wigan Warriors 16-12 in the other Semi-Final- providing stern opposition and entering the match as firm favourites.

Their aim to avoid a third straight Grand Final defeat got off to a great start too, with Ben Reynolds backing up a Callum Parkinson line break to race home for the first score. Dean added the extras to give Trinity a 6-0 lead inside the opening 5 minutes.

However that lead was quickly extinguished as Scott Gobin took advantage of a sleeping Wakefield defence on the last tackle to power his way under the posts, and the Rhinos’ top try scorer also added the goal to get his side back on level terms.

It was a cagey encounter throughout, with very little in the way of scoring opportunities, meaning the teams headed to golden point tied up at 6-6 after 25 minutes of play.

But it took less than 60 seconds of the extra period for the Rhinos to break through for the deciding score, and it was a try worthy of winning any game, let alone a final. The ball was kept alive on halfway and eventually shifted wide to Ryan Owens, who opened up his legs and raced down the touchline to win the Grand Final for Leeds, his teammates pouring onto the field in celebration.

Summing up his emotions after scoring the winning try, Ryan said: “It was an unbelievable moment, and to win it in Golden Point like that was even more special.”

“In my mind I was thinking about trying to get under the sticks, and then I heard Youngy (Chris Young) screaming to get down and realised that it was the winner. Before I knew it the rest of the team were streaming onto the field and diving on me, and what a celebration from everyone which showed how much it meant to become champions.

“The build-up play was really good, it was Tommy who managed to bump off a defender and find Nick, who gave me a great pass after drawing in the defender. I’m just privileged to be the one who finished off the move and got to experience scoring the winning try in a Grand Final, but this has been an incredible team effort and I’m so happy we can share this moment together.”

Winning their first piece of silverware almost feels like the end of a four-year journey for Rhinos PDRL Player-Coach Dan Roberts, who was part of the first ever team which helped bring the sport to these shores in 2018 with an exhibition fixture against Warrington.

Back then nobody could have dreamed of playing in a PDRL Grand Final, let alone winning one. So how does Roberts feel now that he has walked off the field as a champion and written his name into the history books for his boyhood club?

“I’m just absolutely buzzing, because it’s been four years of hard-work and dedication from everyone who’s been with the team,” said Roberts.

“It’s something I dreamed as a young boy winning a Grand Final for the Rhinos, so to achieve that today is incredible and you could see that from the reaction of the lads at full time.

“Some of them thought they’d never be able to play Rugby League again or they’d never get the chance to play in big Finals because of their disabilities. These guys just genuinely love the game and having this opportunity to get back on the field, but walking away with a winners medal having won the league in a Rhinos shirt is unbelievable for them.”

Reflecting on yet another successful day of PDRL Festival action, Chris Godfrey, RFL Social & Inclusion Manager, said: “We capped off what has been an amazing PDRL season today – a memorable festival that embodied everything the sport has been about this year and illustrated the huge strides that have been made.

“Every club involved, along with the effort and contribution of their foundations, should be so proud after days like today, when the progress being made is really on show.

“A massive congrats to Leeds Rhinos as well, of course – they’ve been fantastic this year and are deserved champions.”

To view a full gallery of images from the 2022 PDRL Grand Final and look through the celebrations as Leeds Rhinos became champions, please CLICK HERE. 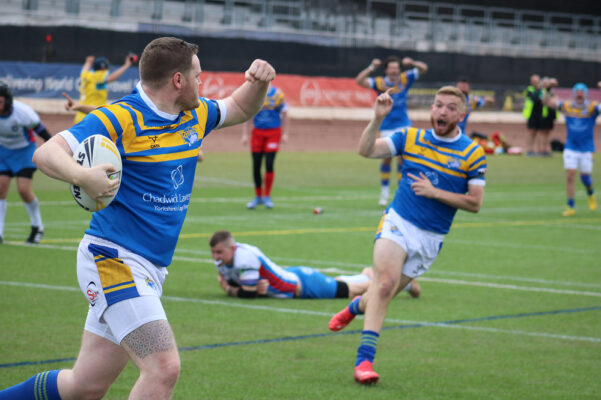 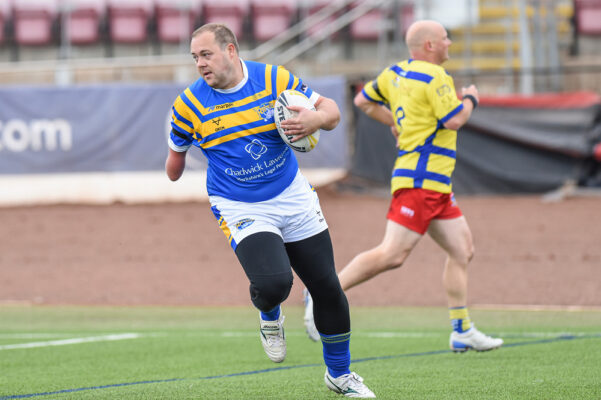 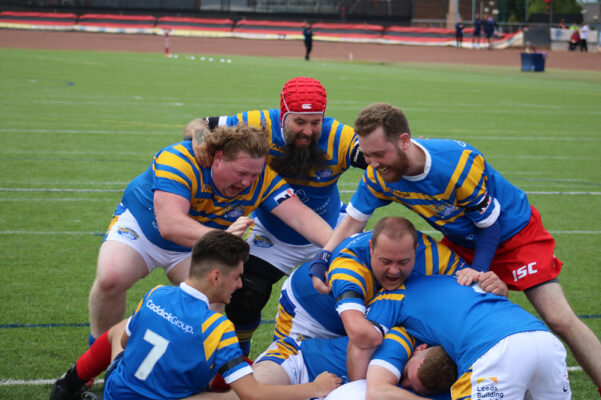 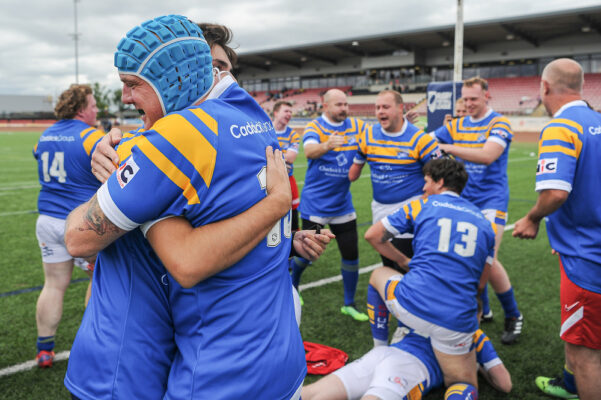 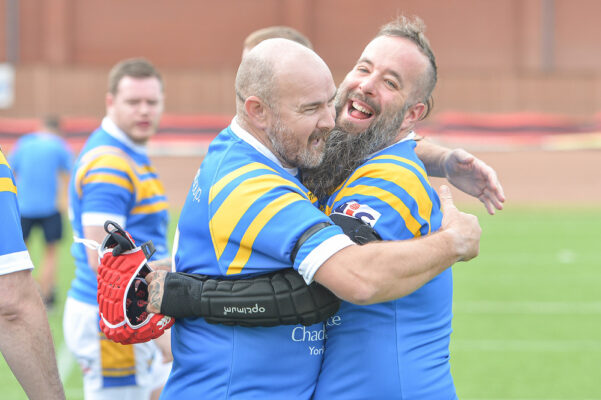 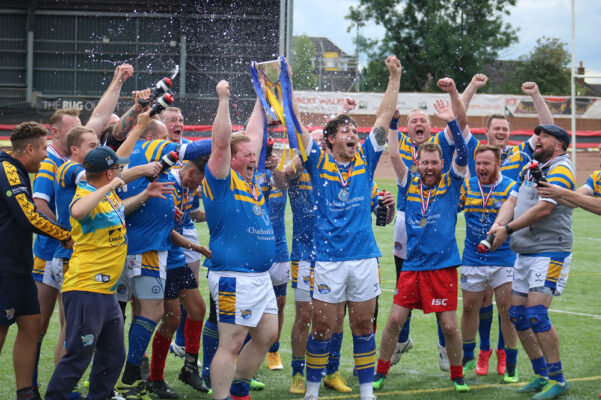 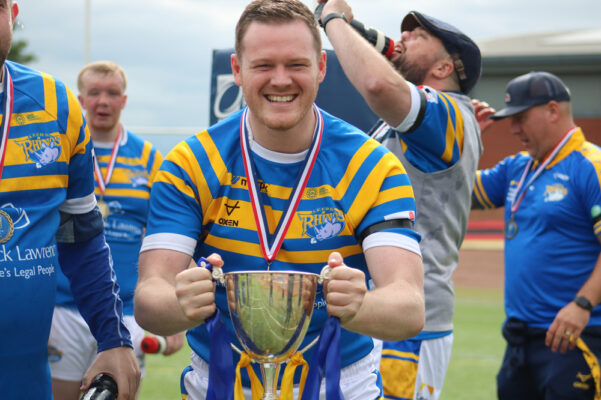 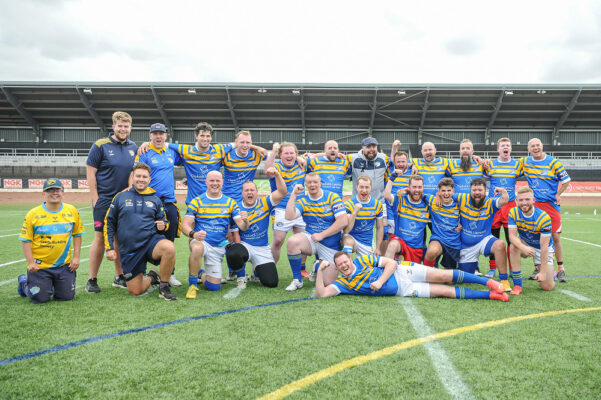