The Jamaican Rugby League team have announced a new community project supported by Leeds Rhinos Foundation that will see children from ten primary schools in Leeds get to experience the sport.

The team are basing themselves in the city ahead of this Autumn’s Rugby League World Cup and put on a session for school children in Chapeltown last week with help from the Foundation as they officially unveiled their brand new playing kit.

All of the children involved in the project will get the chance to play at Emerald Headingley Stadium as part of Leeds Rhinos Foundation’s matchday activities ahead of Leeds Rhinos vs Hull KR and before Jamaica international Jordan Turner’s testimonial game at Castleford on October 5.

On top of all the schools activities there was also the relaunch of the local Chapeltown Cougars community club, who the Foundation will be helping to recruit more players for their junior times by running free rugby league sessions in the area with a newly appointed Development Officer as well as a Sky Try taster session.

It is hoped that the RLWC2021 and its legacy will appeal to as many people as possible and make positive impact on communities receiving the tournament by improving standards and creating more playing opportunities that can inspire the next generation of rugby league players.

Several members of the local and national media were also present to capture this historic launch event, including Managing Editor of Forty20 Magazine and Leeds Rhinos Foundation’s Chairman Phil Caplan. He commented: “A real uplifting rugby league event – Jamaica unveil their RLWC2021 kit, help launch a 10 team primary school competition in Chapeltown, the local community club is rebranded and Leeds Rhinos Foundation. put a development officer in the area. Kids of both genders and most diverse backgrounds having fun together, fantastic!”

Former Leeds Rhinos player and Jamaica assistant coach Chev Walker, who spend much of his childhood in the Chapeltown area, said: “Seeing this makes me happy! I lived in that area of Leeds until I was 11, but I’d never seen a rugby ball until I moved to Belle Isle! I made my Leeds Rhinos debut at 16 and I’m sure there are others that will have natural talent, they just need the exposure.”

If you know someone who would be interested in playing rugby league in Chapeltown, please check out details of our free rugby league sessions at Chapeltown Youth Centre by clicking HERE. 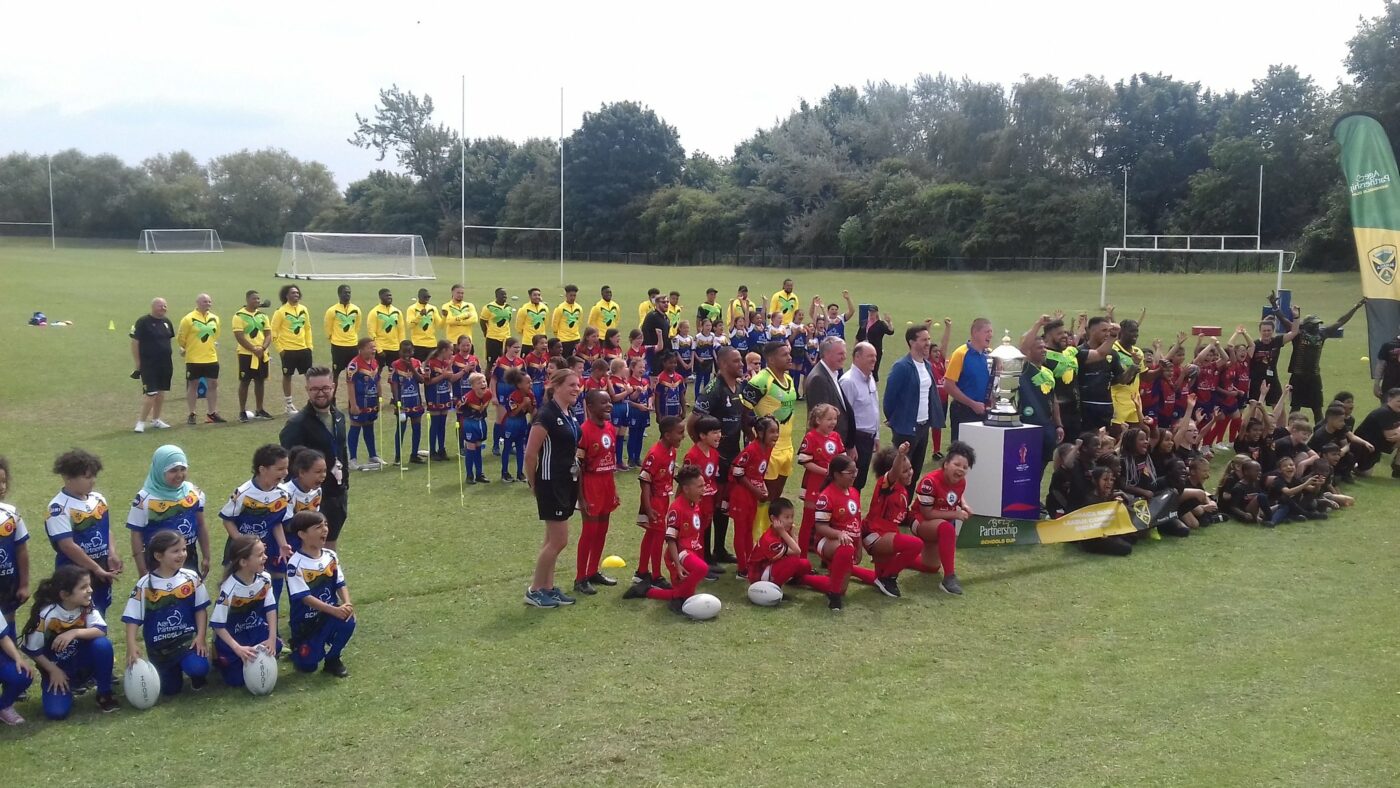