The winners of the Year 7, 8 & 9 Boys competitions were all crowned at the showpiece event, providing a fitting event to this year’s Sky Try 9s competition which saw more than 650 pupils from 25 different schools compete across the three age-groups.

First up was the Year 7 Boys final, with seven tries from Man of the Match Noah Broadbent helping Farnley Academy to a 12-7 victory against Temple Moor High School. In the Year 8 Boys final, competition debutants Temple Learning Academy provided a shock as they defeated Brigshaw High School to lift the cup for the first time.

The action concluded with the Year 9 Boys final, as a tight-knit encounter saw both sides give their all and serve up a real classic. It was Rodillian Academy who came away victorious though, securing a 11-9 victory despite a gallant fightback in the second-half from opponents Farnley Academy.

Leeds Rhinos first-team players James Donaldson, Liam Sutcliffe, Wellington Albert and Ava Seumanufagai were also in attendance and presented the finalists with their medals and trophies. 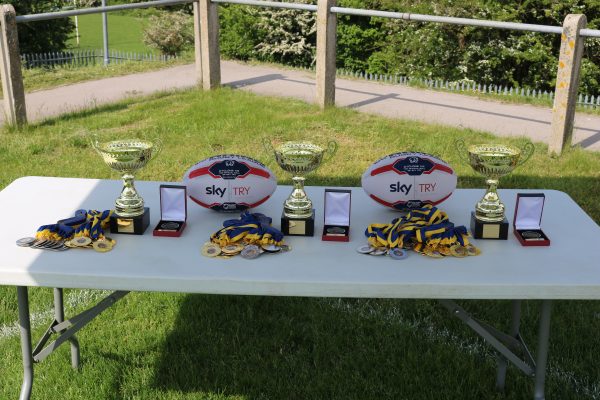 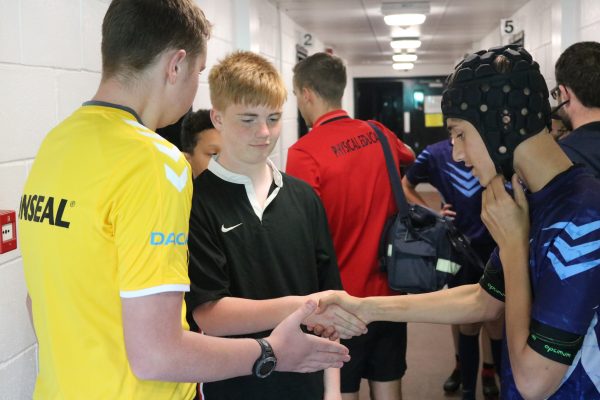 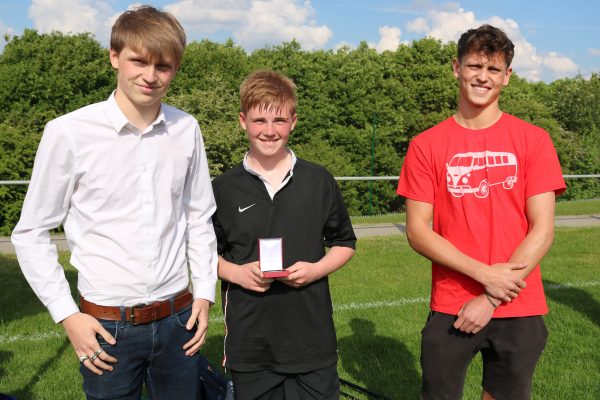 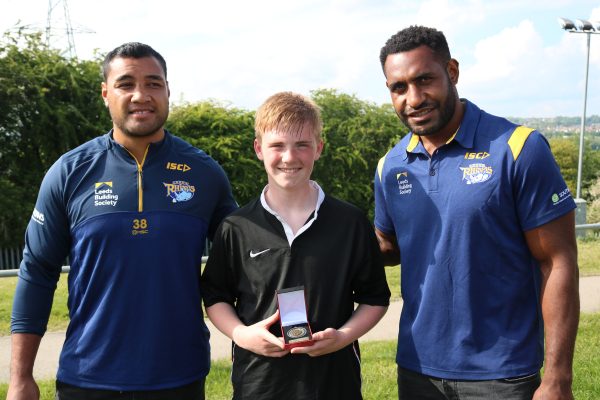 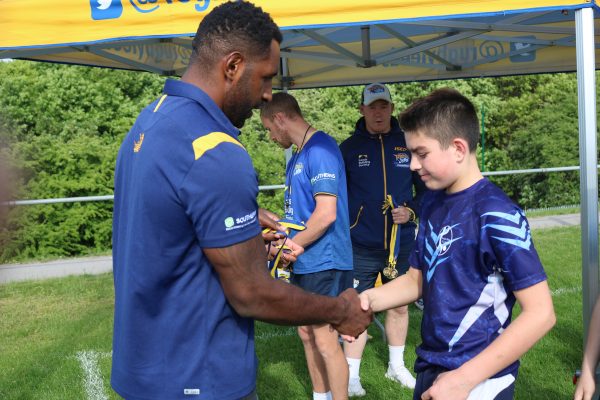 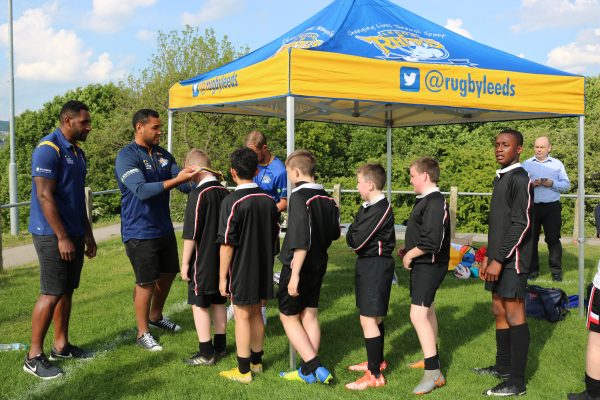 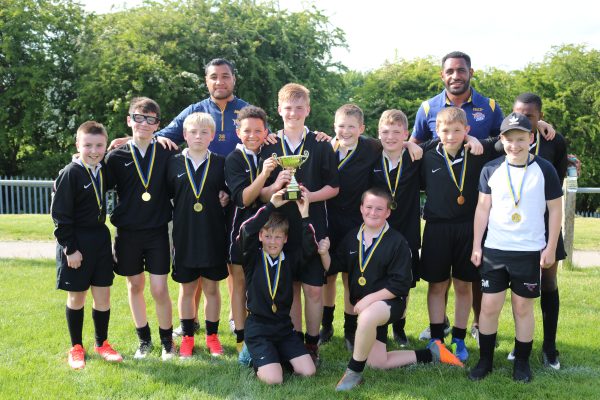 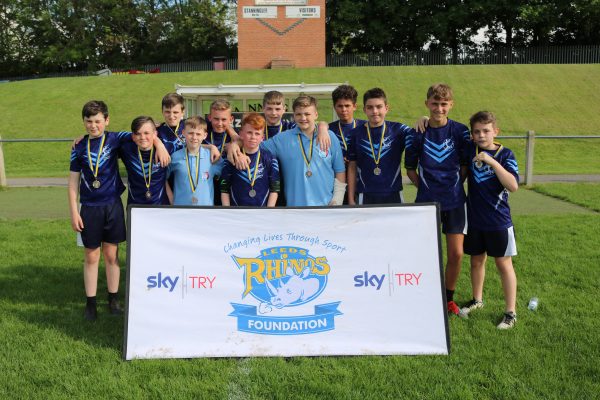 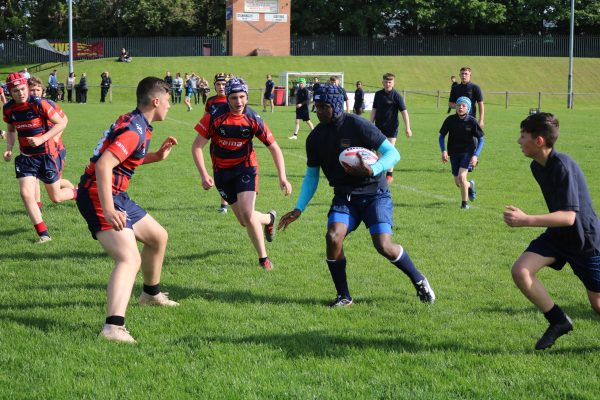 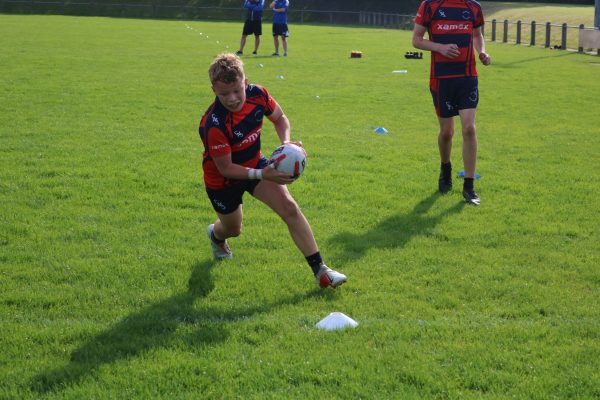 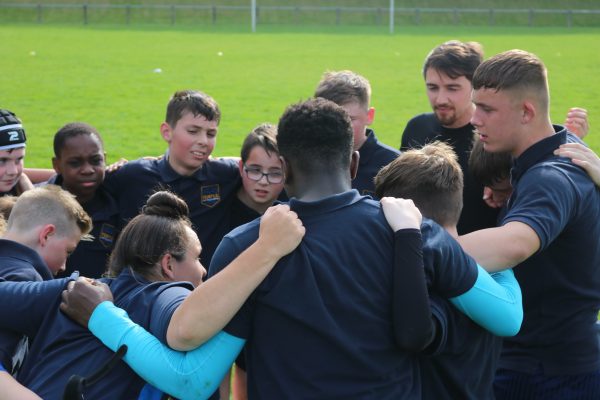 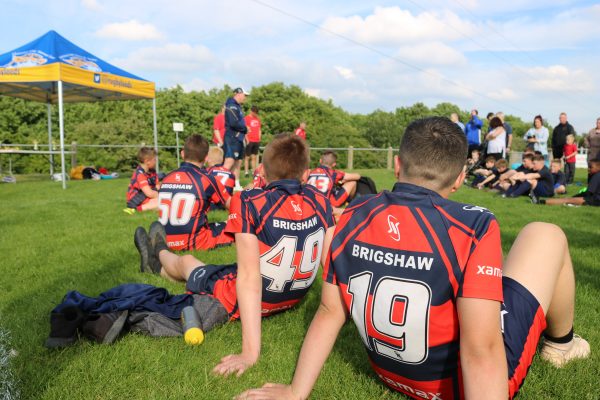 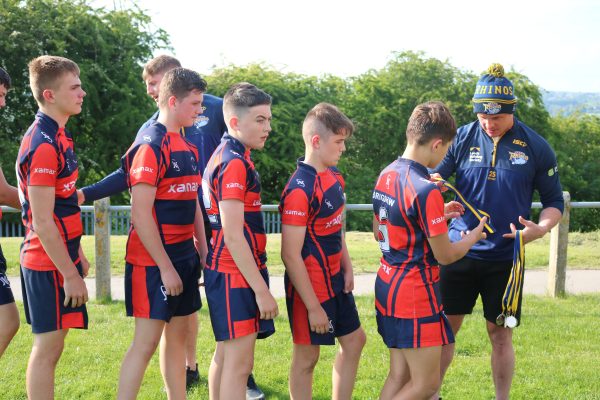 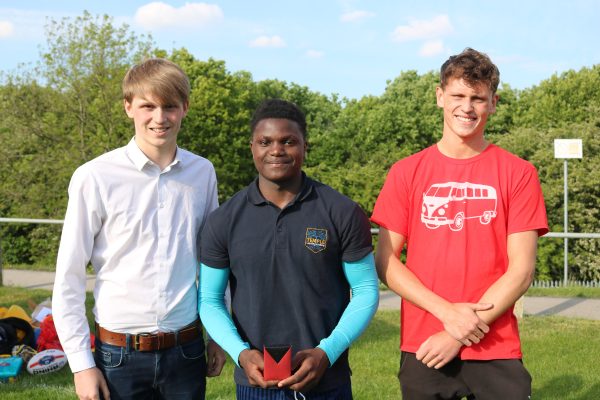 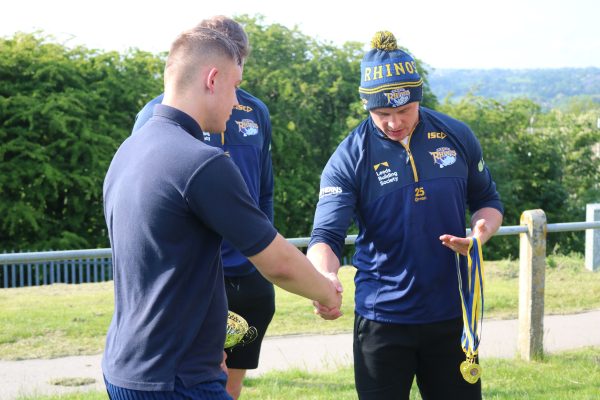 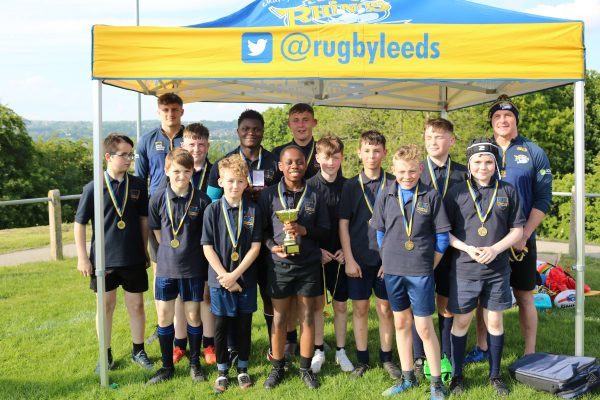 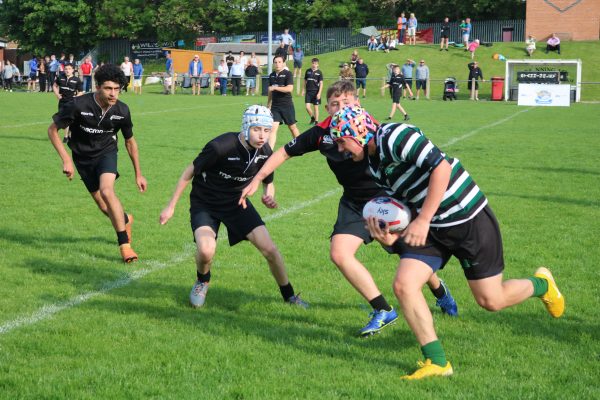 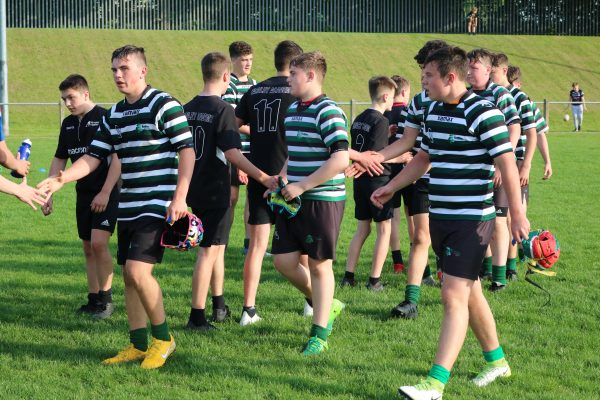 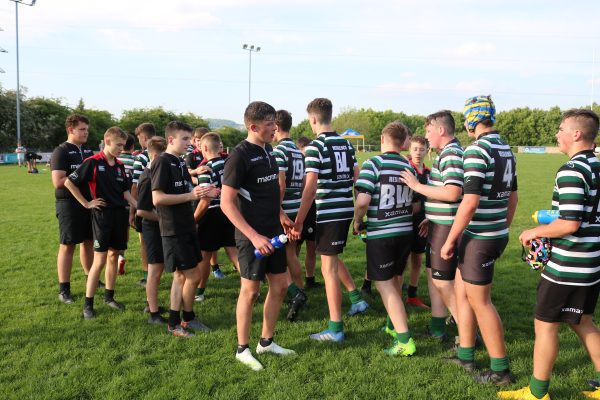 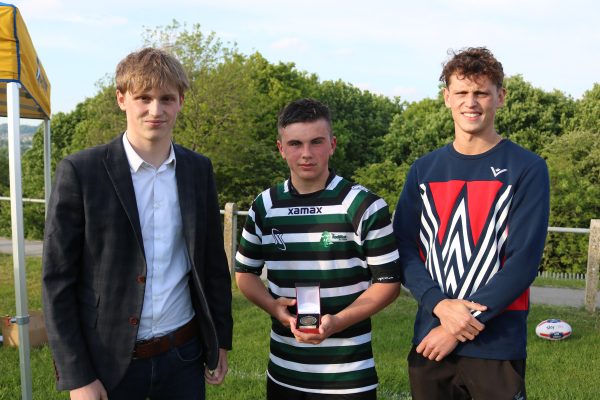 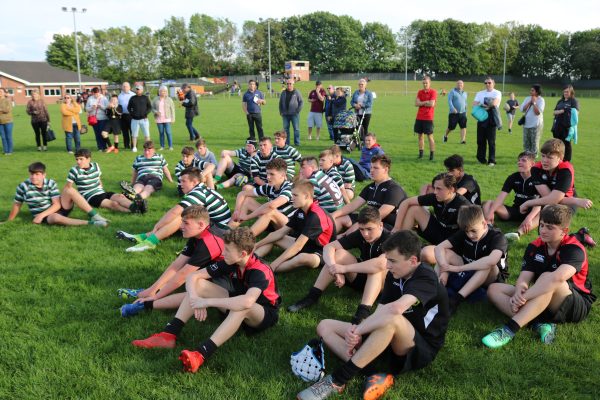 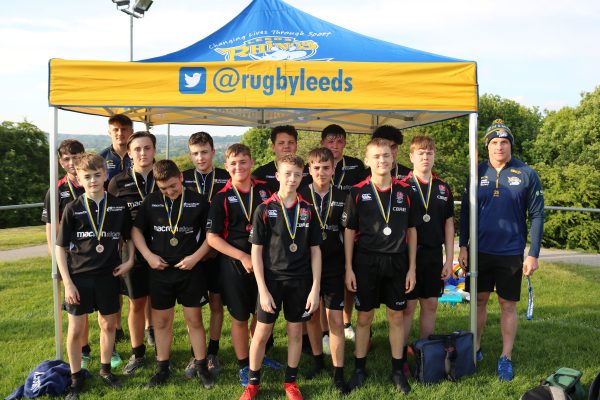 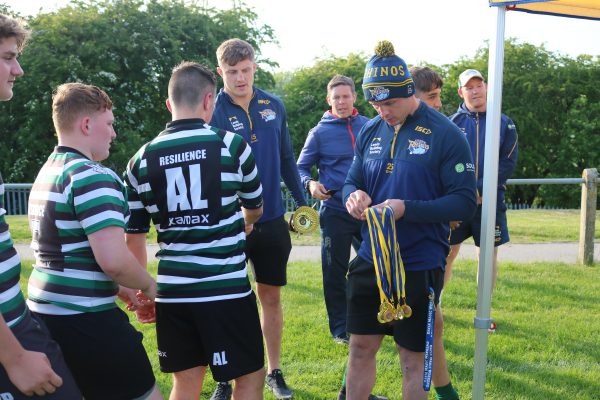 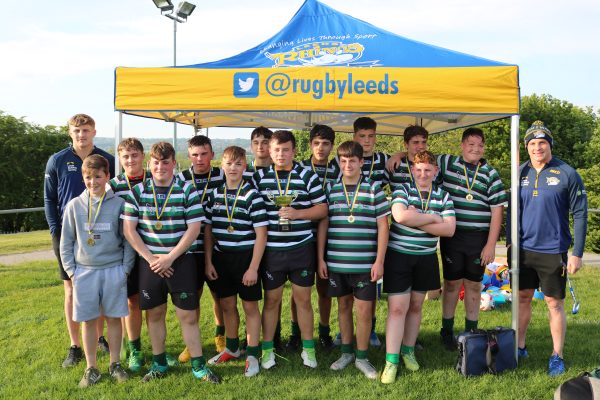 Having recently joined the Rhinos from Australian side Cronulla Sharks, it was the first taste of schools’ rugby league on these shores for front-rower Seumanufagai, who says he was impressed by the skill levels of the finalists.

“There’s been some fantastic talent on show today. It’s always good to give back to the grassroots game and celebrate where footy begins,” said the prop.

“I’ve been watching the matches and I caught myself a bit gobsmacked there for a second when a kid got smoked by a huge tackle. The games have been really good to watch and some of the footy we’ve seen has impressed us all, so hats off to everyone taking part and Leeds Rhinos Foundation for putting on a great event for these kids.”

The three winners will now go on to represent the city of Leeds in the Sky Try 9s National Finals, which are due to take place in June.