Leeds Rhinos Foundation were saddened to hear the news that Laurie Townsley had recently passed away.

Laurie was a lifelong supporter of Leeds Rhinos and along with his family were good friends of the Foundation, with Laurie a regular attendee at the charity’s monthly In Touch Dementia support group sessions at Emerald Headingley Stadium.

In his memory, Laurie’s family made a generous donation to Leeds Rhinos Foundation and Leeds Peer Support Service, who run the monthly sessions.

In tribute to the group which he enjoyed visiting so much, Laurie’s family presented Leeds Rhinos Foundation and Leeds Peer Support Service with a donation at this month’s session to support the running of the programme and show their appreciation for the care he received.

“Laurie was a lifelong member of Leeds Rugby and we often came along with him to the sessions, which he absolutely loved attending,” explained Laurie’s daughter-in-law, Diane Townsley.

“He enjoyed reminiscing over memories and connecting with others. As long as it was about Leeds, he loved talking about it.

“It was so important for him to come along to In Touch because he wasn’t able to come to Headingley on a matchday anymore, because he was too frail and battling dementia. It made him still feel involved and part of the Rhinos family.”

The In Touch sessions provide opportunities for people living with dementia to be involved in their love of rugby, in environments that evoke some of their most treasured memories. Leeds Rhinos legends attend as a guest speakers for the group. New friendships are forged, whilst sharing items belonging to the Leeds Rhinos Heritage Committee, including old shirts, programmes and photo albums, to help ignite memories of the past.

“All the staff from Leeds Rhinos Foundation and the two Debbie’s (Peer Support Coordinators) are fabulous at keeping it running and providing all the necessary support,” added Diane.

“Everyone is friendly and kind- you can see that today when we came back and spoke to so many people. It really is like a little family in itself.”

“We just wanted to pay something back to the group which helped him in difficult times. It’s something that he enjoyed and got so much pleasure from.”

Laurie’s son, David Townsley, added: “It’s a pleasure for us to present the cheque to Leeds Rhinos Foundation for the In Touch group.

“I know Dad always looking forward to coming along to the sessions and he enjoyed the company just as much as the fantastic cakes on offer. His memories and love of Leeds Rugby in general were enhanced and revived by being with the group and we hope the money can in some way help them in the future.”

The In Touch service is accessible via referrals to the Leeds City Council’s Peer Support Service directly. For more information, please visit www.leeds.gov.uk/residents/health-and-social-care/adult-social-care/dementia-care or email health@leedsrhinosfoundation.org. 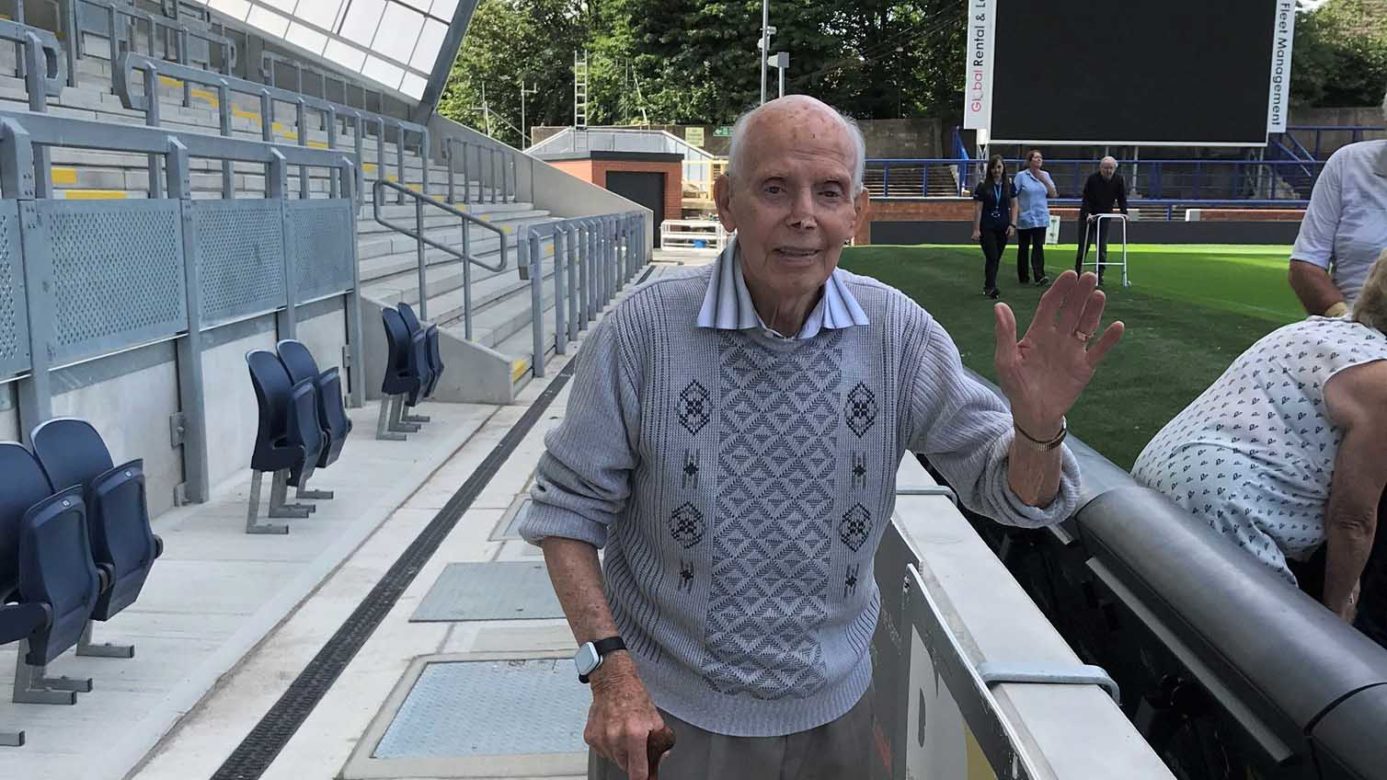 In memory of Laurie Townsley.