In attendance were volunteers, players and coaches from throughout the community game who were chosen by their own clubs for their standout achievements in 2019.

Now in its 13th year, the dinner’s format has changed over time. The event is now more inclusive, encompassing all age groups and genders within our Ambassador community clubs.

The aim of the awards ceremony is to reward club members and give them their accolades in a professional environment, where the awards are presented by Leeds Rhinos players and staff.

The opening speech was led by Leeds Rhinos Chief Executive, Gary Hetherington, who spoke about the synergy between the professional and community game and the importance of this pathway. Several of the Rhinos’ First Team stars have emerged through community clubs, and young talents Alex Sutcliffe, Muizz Mustapha and Jack Broadbent came along to share their stories and support the presentations.

Head Coach Richard Agar was also on hand to help present the 21 community club awards. Agar spoke affectionally about the community game and told the audience about when his father, Alan Agar, helped to coach Milford ARLFC in the 1980s. Having delivered several Coach Education sessions with the Foundation in recent years, he has forged a great connection with the Ambassador clubs and continues to champion the pathway from the community game.

Horner said, “The response and feedback to the event had been tremendous and we are very proud of all our community clubs who we work with. People at these clubs work tirelessly as volunteers to grow our game and develop young people.”

“We’re delighted to be able to host this event and give the clubs and their staff the recognition they deserve, and we will continue to run this event annually as it continues to enjoy great success.”

The afternoon’s proceedings also included a Rugby League trivia quiz, and a raffle which raised £446 for Leeds Rhinos Foundation. Guests were also given the opportunity to win a ball signed by Rob Burrow and a total of £635 was raised for the Rob Burrow Fund.

The event was topped off with the presentation of the John Holmes Memorial trophy, presented by John’s brother Phil Holmes, who was joined by Brian Holmes and Karen Holmes.

The John Holmes Award is presented each year to an individual who stands for the values and attributes that John took through his life and career, including honesty, trustworthy, integrity, reliability, hardworking and humble. 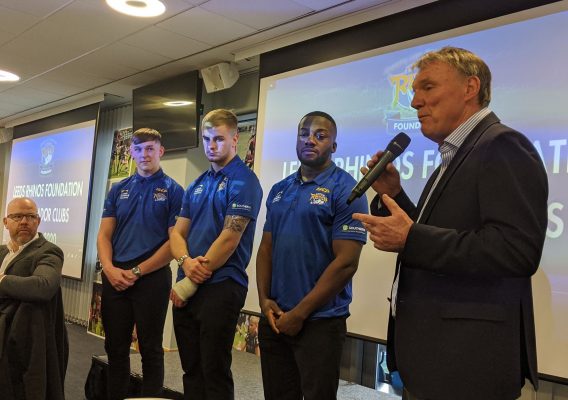 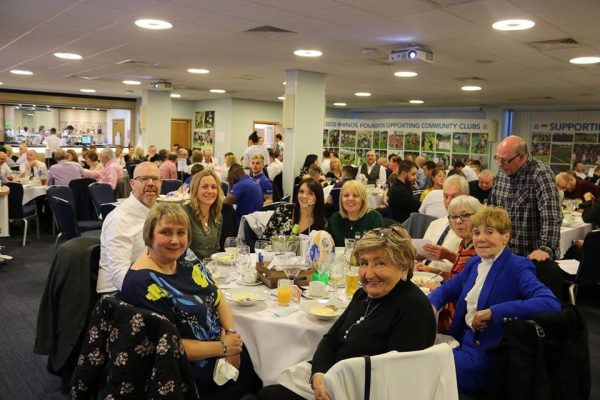 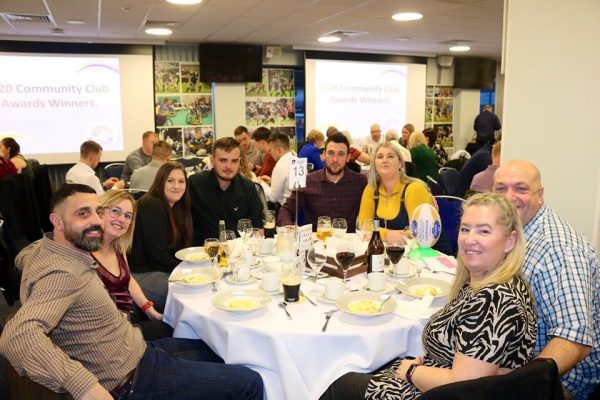 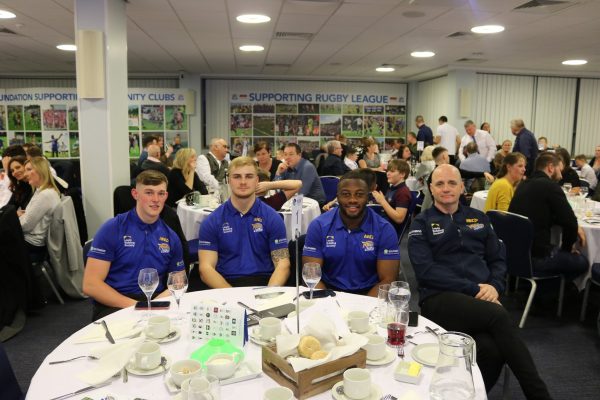 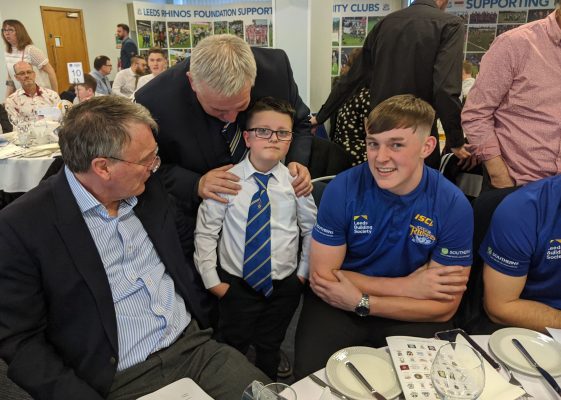 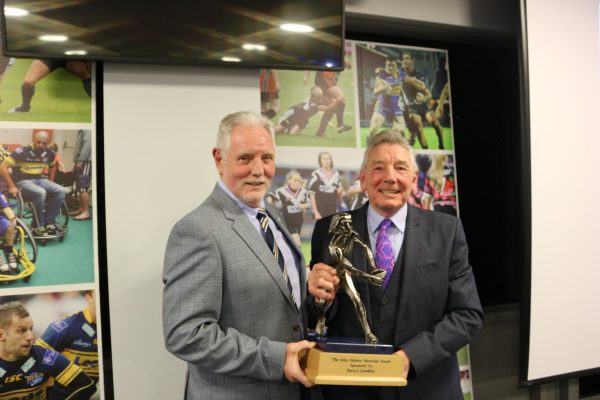 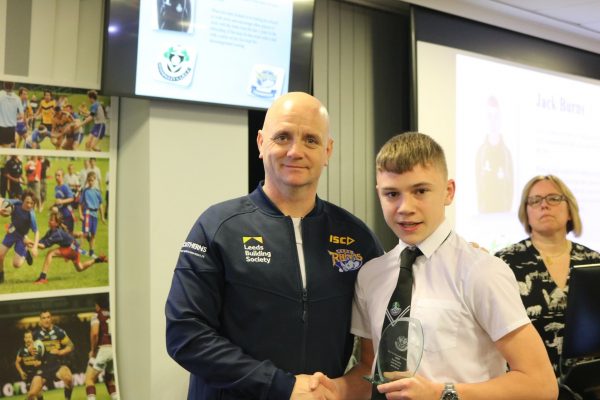 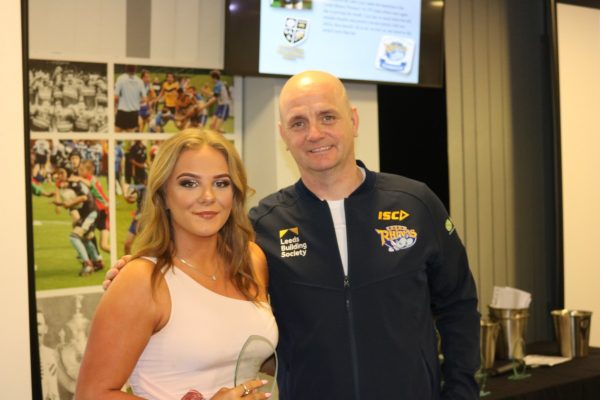 This year’s winner was Glenn Davies, a distinguished member of the Rugby League fraternity having played a big part in starting up junior rugby league, along with Rod Keeligan and Malcolm Waite, in East Leeds.

He also had a spell in the pro game when he signed for Featherstone, but says the most satisfaction he received was when he went into coaching junior rugby. He was responsible for starting a junior team at the Black Dog Pub called ‘The Black Dog Pups,’ which was the forerunner of what is now East Leeds ARLFC.

Away from rugby, Glenn volunteered to help with a convoy of lorries taking clothing and supplies to the orphans of Romania, and his helpful nature is evident in all the hard work he puts in helping to run the Gary Chappelow Fund which has helped many community clubs over the years.